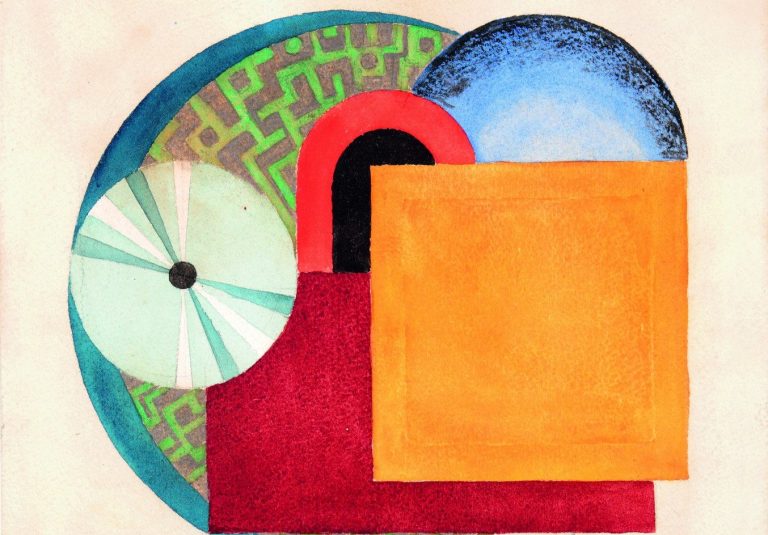 Belgium and Argentina have more in common than you might suspect. That’s what the current Mu.Zee exhibition explores until June 16th, 2022. During the first decades of the 20th century, these two countries experienced an unknown artistic history shaped by immigration and travel. Indeed, migration flows concern people, but also ideas and art. This story, told throughout the exhibition, is embodied mainly by a few artists whose lives and works are connected. Let’s discover how the Mu.Zee talk about them.

From Belgium to Argentina

The first section of this exhibition is dedicated to the engraver Victor Delhez. As a young man, he made a name for himself in the art magazine Het Overzicht (the panorama in Flemish). The art critic, Michel Seuphor, was one of the founders. He and Delhez became friends. In the early 1920s, the magazine focused on geometric abstraction. So Delhez proposed creations inspired by this trend.

In 1926, Delhez went to South America. He stayed there all his life, mainly in Argentina, but also lived in Bolivia and Chile. During that time, he remained in contact with Seuphor. They sent each other letters, magazines, and works of art. Thus their relationship is an important connection between the two continents.

During the early days in Buenos Aires, Delhez could barely make a living. He stayed productive however, and his style evolved into a detailed figurative one. In the early 1930s, he received considerable acclaim, thanks to his series of 60 woodcuts inspired by Charles Baudelaire’s Flowers of Evil. Afterwards, he worked on other long series dedicated to the Bible, the Apocalypse, or architecture.

A surprising anecdote about Delhez is that when he lived in Bolivia, the local police thought he was an Argentinian spy. They suspected him of printing counterfeit money with his printing press!

Victor Delhez’s works were shown with those of the Argentine vanguard. For example, Xul Solar and Emilio Petorutti. Consequently, their works can be seen at the Mu.Zee exhibition too. These two artists were also in contact with another (almost) Belgian art lover. 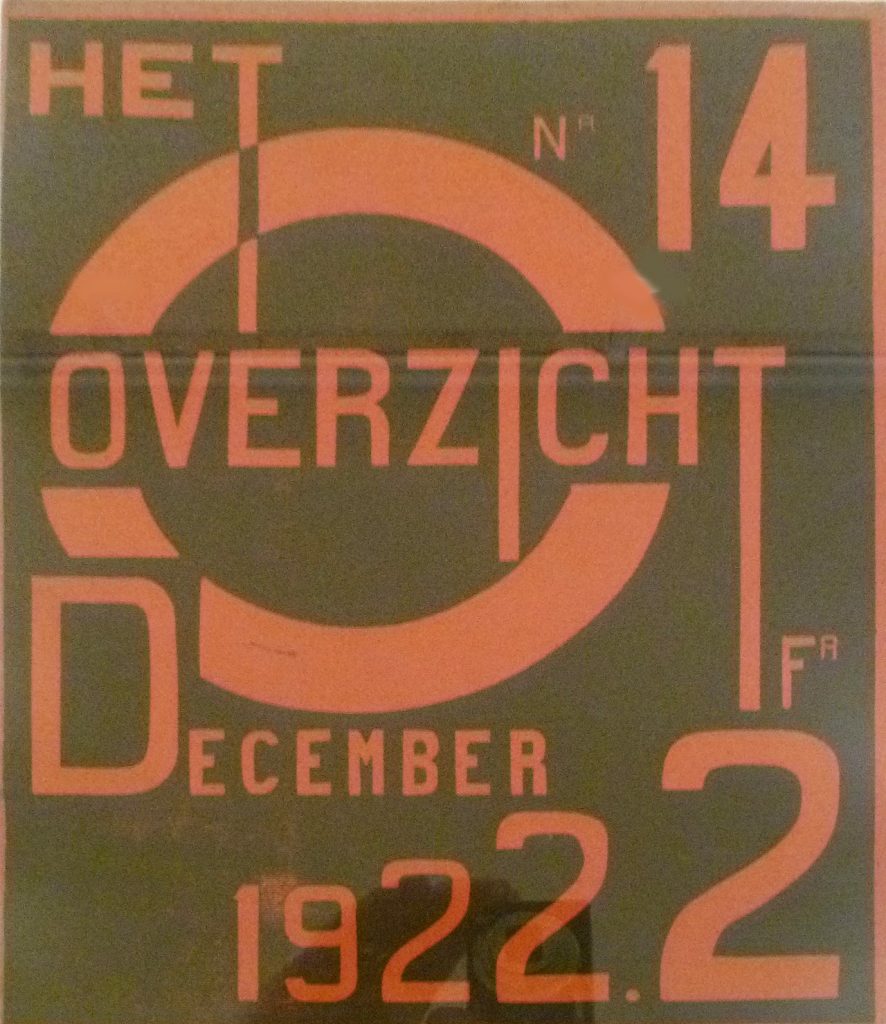 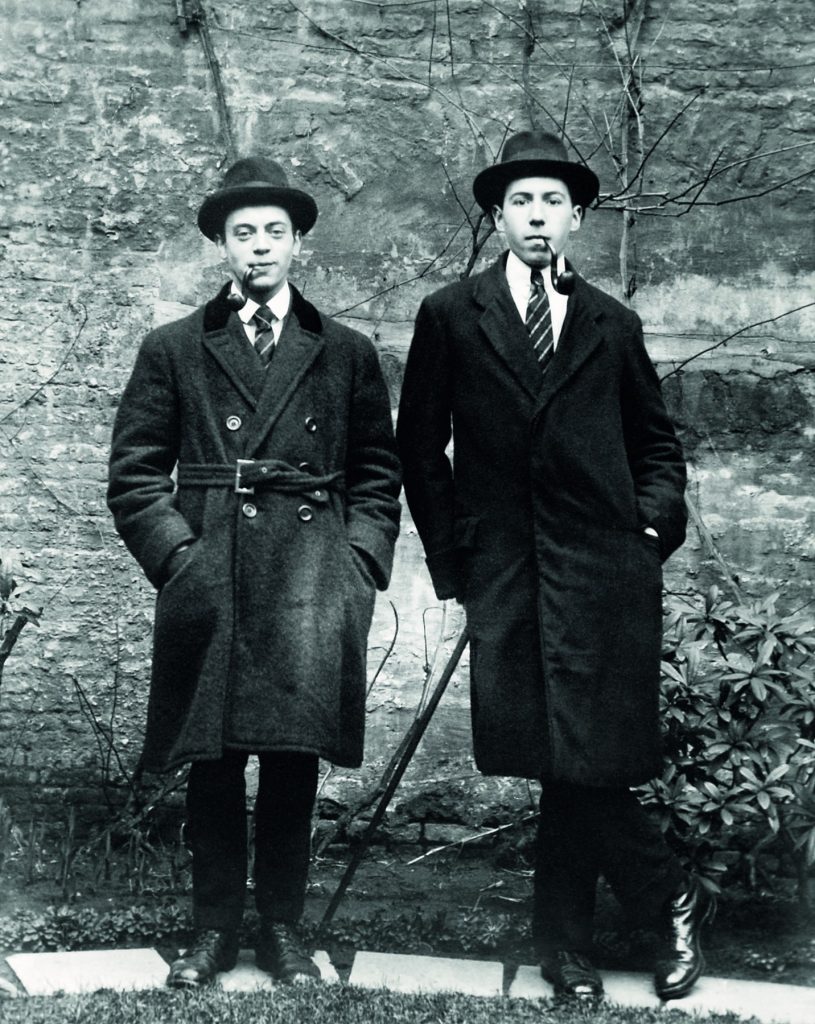 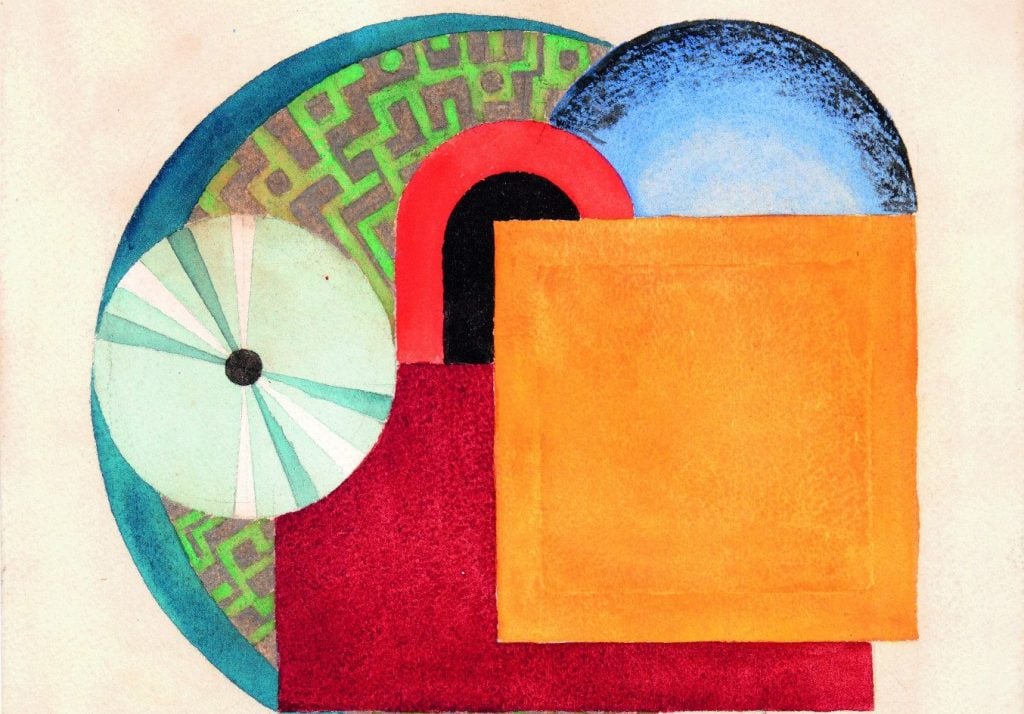 The cover of the art review magazine founded by Michel Seuphor.

A picture of Victor Delhez and Michel Seuphor, young and proud.

From Argentina to Europe

The second part of the exhibition introduces us to another key character – Julio Payró. Payró was born in Argentina in 1899 and arrived in Brussels ten years later. He then went to fine arts school where he met the Surrealist painter Paul Delvaux. In 1924, he began to write about art. Three years later, Payró returned to Argentina. He made the decision to devote himself totally to criticism and art history. As a consequence, but also out of friendship, he exchanged overseas letters with Paul Delvaux and many others.

Julio Payró became an ardent promoter of the Argentine vanguard. He gave these artists their real value in modern art, as well as the Belgians Paul Delvaux and Frans Mazarell. His tastes also went towards the artist Joaquin Torres-Garcia, a friend of his father, with whom he took painting classes. By the way, a room in the exhibition is dedicated to this Uruguayan painter. It talks about the Circle and Square movement that he created with Michel Seuphor (Victor Delhez’s friend). But let’s get back to Payró, the interesting aspect of his approach lies in his detachment from the Parisian art epicenter.

However, the artists he promoted also learned art in Europe. This is the case of Pablo Curatella Manes, Emilio Pettoruti, and Xul Solar. The first is a sculptor who studied under Brancusi and Le Corbusier, among others. The two others exhibited together in Milan in 1926. They then decided to return to Buenos Aires. Emilio Pettoruti became one of the best-known representatives of South American Cubism. Xul Solar, influenced by the tendencies of his time but also by occultism, developed his own personal pictorial language. Several of their works are exhibited here. The hanging highlights the artists’ networks and also underlines the importance of transnational contacts. 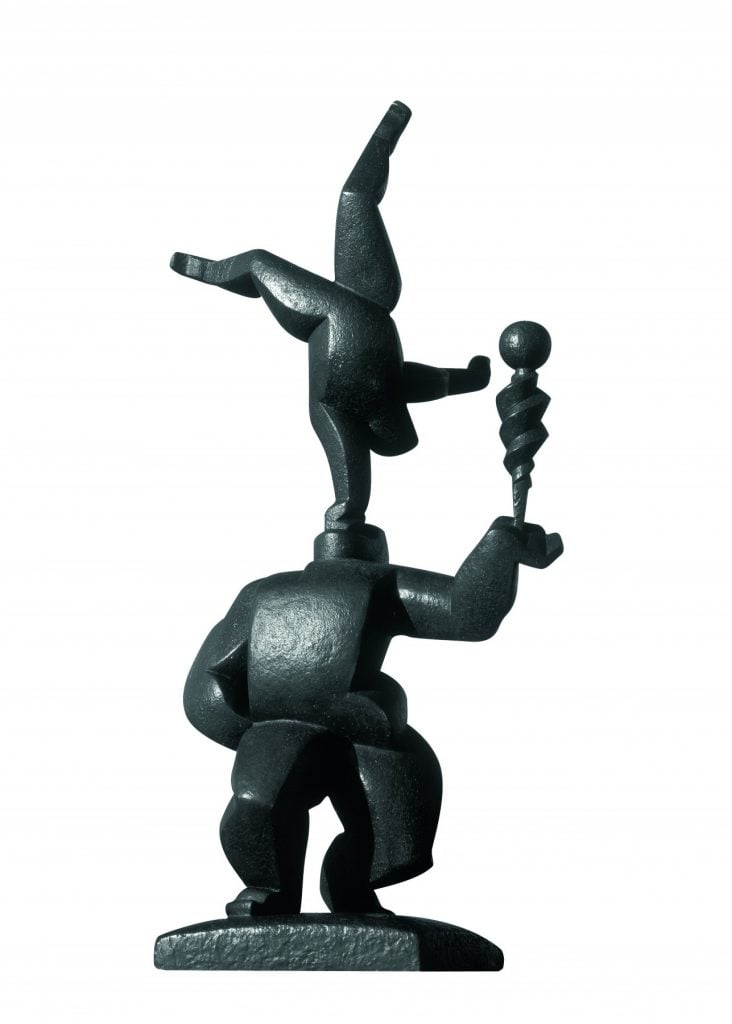 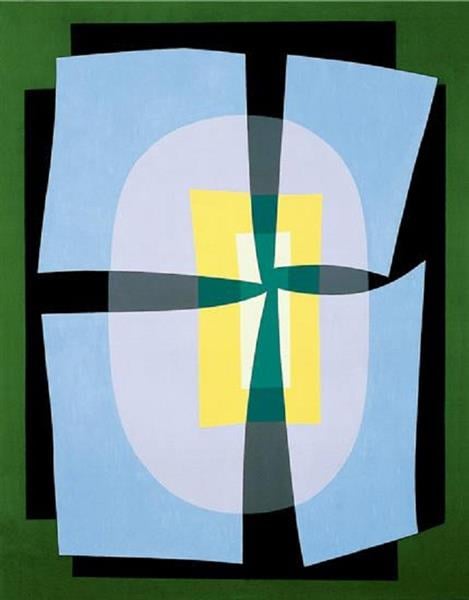 Circle and Square cover, 1937, Courtesy of the Estate of Joaquín Torres – García.

A sculpture by Pablo Curatella Manes, student of Brancusi.

Xul Solar, influenced by the tendencies of his time but also by occultism, developed his own personal pictorial language.

Emilio Pettoruti became one of the best-known representatives of South American Cubism.

Georges Vantongerloo was a Belgian abstract painter. He never went to Argentina, yet he played a role in the evolution of abstract art in that country and the Mu.Zee tells us why. 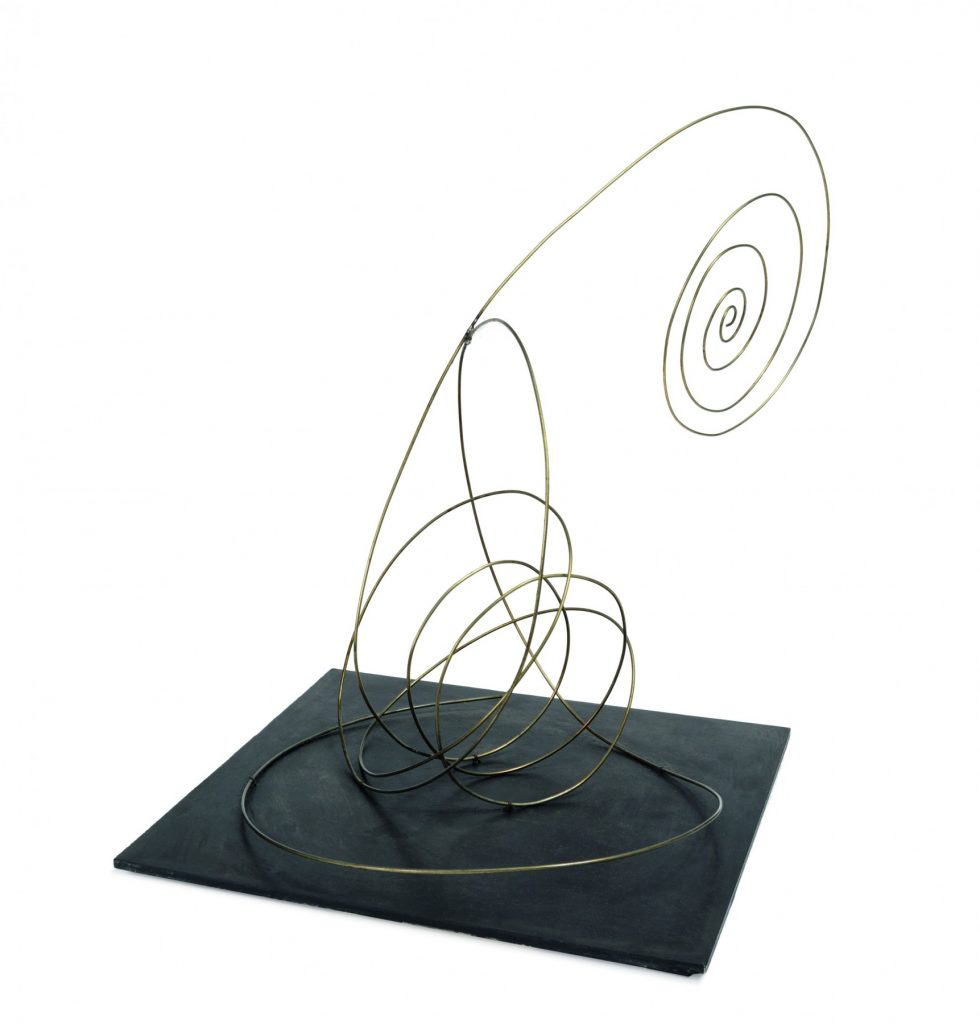 An abstract drawing by Vantongerloo.

A sculpture by Vantongerloo

Del Prete was an Argentinean painter connected with Vantongerloo.

The Mu.Zee exhibition on transatlantic modernism is challenging: it brings to light forgotten artistic relationships and gives a new perspective on the international evolution of modern art. It expresses the reality that these artists lived on both sides of the Atlantic.

The exhibition is the outcome of a KU Leuven research project. It gives the audience the keys to broadening their point of view, not only using a linear approach focused on the artist’s life and works. The art and artists are contextualized in an international network that problematizes the idea of center and margins without denying power relations. Also it reminds us of some important key influencers, like the international circulation of magazines, the influence of the network, and the impact of collectors and dealers on art history.

Mu.Zee is located in Ostend, along the Belgian coast, as the name suggests (Zee means sea in Flemish). It is the perfect place to discover Belgian art. Their own collection includes 8000 pieces from 1830 to the present day, with works by Léon Spillaert, James Ensor, Constant Permeke, Anna Boch, and Oscar Jespers.

Last but not least, the building has an interesting story and design – it was initially the main store of a cooperative. It was an authentic success story in the Ostend distribution sector and the 30 meter long curved glass wall is definitely worth seeing. 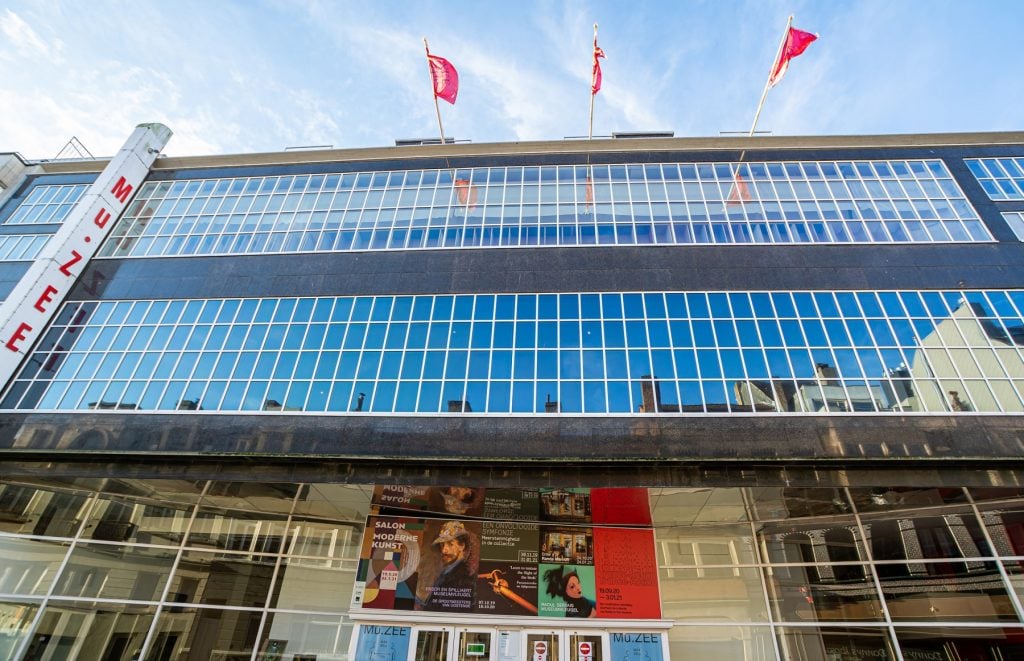 The façade of the Mu.Zee, Ostend, Belgium. Museum’s website. 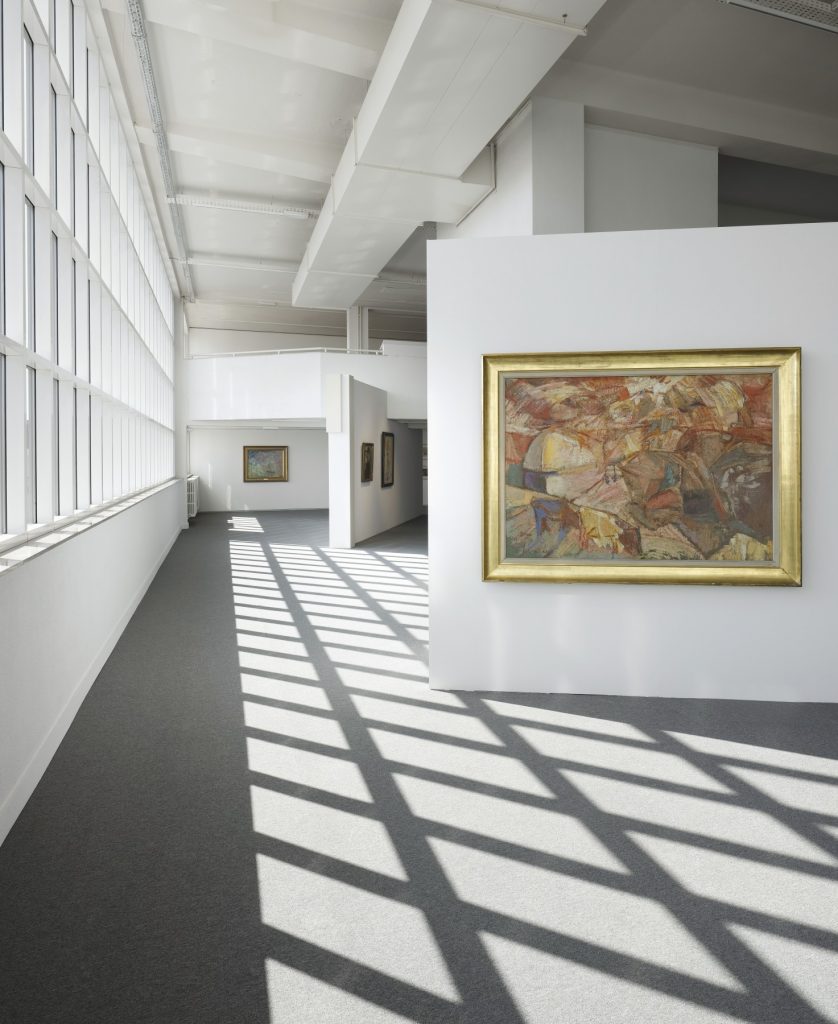 View of a room in Mu.ZEE, Ostend, Belgium. Photo by Steven Decroos/Museum’s website.

The façade of the Mu.Zee.

View of a room

Inside the Mu.Zee in Ostend, Belgium.

Muse – Uncovering the Hidden Figures Behind Art History’s Masterpieces by Ruth Millington is a fascinating book that aims, and one could even...

Shadows on the Sky is the first exhibition in the UK dedicated to the work of Italian Renaissance artist Carlo Crivelli.

Siemon Scamell-Katz: An Ode to the Sublime

Welcomed in a Parisian pop-up gallery on rue Saint-Gilles, the exhibition The End of Otherness presented, for the first time in France, some...

What the Ermine Saw. The Dark History Behind Lady with an Ermine

What the Ermine Saw: The Extraordinary Journey of Leonardo da Vinci’s Most Mysterious Portrait by Eden Collinsworth (Doubleday, May 24, 2022)...