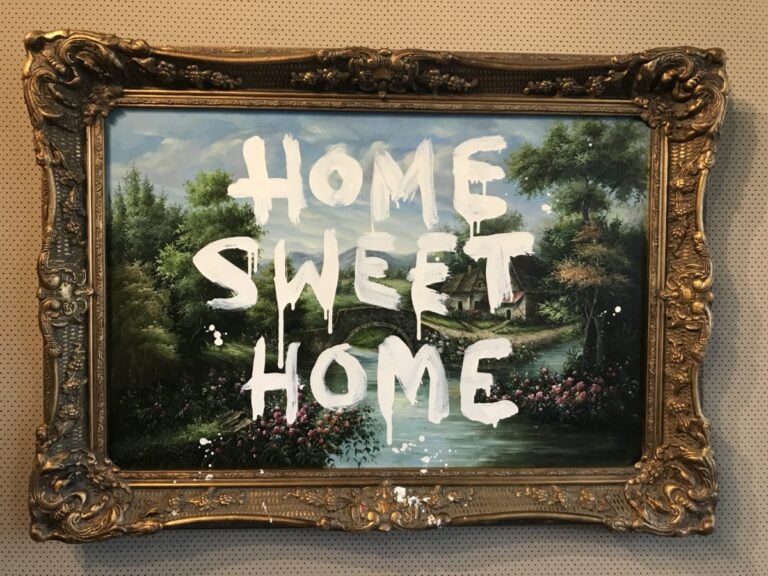 From when we wake up to when we go to sleep, one week over to the next, our lives line up in a series of routines and responsibilities, giving rhythm to our collective existence which is punctuated only by our fear of being late – a constant race reminiscent of the Rabbit in Lewis Carroll’s Alice in Wonderland.

No time for art, no time for culture, and even less for museums. In my early 20’s my only approach to art was through magazines and newspapers summarizing the exhibitions I had missed – or looking through the windows of galleries that I passed between meetings, never setting foot in them.

During that period, I took a trip to London where I made two unexpected discoveries, the first, JMW Turner (a story for another time) and the second, a man preferring shadow to light. As I strolled along the River Thames, losing myself in the city, not far from Parliament, I felt delighted to be lost in my thoughts, contemplating all that was around me, only to come across an all too familiar scene: a group of tourists waiting patiently to take a selfie with Parliament and Big Ben, a necessity in this digital (dark) age.  A little disillusioned, for they had interrupted my idyllic daydream, I looked away and noticed some graffiti on a low wall, which stated:

“This is not a photo opportunity”.

The scene went from somewhat depressing to hilarious. What a brilliant idea, I thought, simple and effective. The graffiti turned out to be the work of an artist whose name would grow to draw praise and controversy, the British street artist Banksy. I looked again to see if I was the only one who noticed it and I understood that there were not one but two groups of people. One taking the requisite selfies and the other taking photos of the tourists.

Since that encounter, I have continued to be attentive, curious and sensitive in respect to Street Art. I hoped to once again happen upon works by unknown artists or by Banksy himself, which would make me think, or simply allow me to escape a certain monotony. What I hadn’t anticipated was in what context I would find them today.

I am in Amsterdam, it’s early and I am having a coffee in the middle of the Museumplein, preparing for my first visit to the Rijksmuseum. I move hastily, looking at my surroundings, to my left I see the Villa Alsberg, also known as the Moco Museum, built in 1904 by Eduard Cuypers. I come closer to read a banner which in bold letters, advertises “Banksy, Laugh now, unauthorized exhibition!” I have never heard of the concept of an “unauthorized exhibition”!

Do street artists and their ephemeral works have a place in museums, and if so, under what conditions? How can an unauthorized exhibition be organized?  Who benefits from this kind of event and the profits on derivatives?

As I enter, I am admittedly quite doubtful – taking the position of an art critic, which is quite rare if you know my work. However, I am pleasantly surprised to find out that the vast majority of the works on display does not come from cut-out walls or photographs of street corners. These are original works ranging from sculpture to paintings on canvas to installation. This exhibition is certainly not authorized but does not give me the feeling of having vandalized Banksy’s work –  yet, a bitter feeling, persists…

I reach the first floor of the museum and let my mind wander further, beyond the works presented, across the windowed background to the outside world, where I discovered and learned to love this artist years ago. I decide to allow myself to daydream and let you discover this exhibition in pictures and make your own opinion. I’ll meet you at the exit.

I am outside the MOCO where I have spent the past hour. I do not think it is necessary to reopen the debate on the legitimacy of street art in museums or galleries, this practice offers such a diversity in terms of artists and forms of expression that it would be inappropriate to impose a place or a way on it, justified by our desire for etiquette. Banksy, being a leader in the field, attacking the highest levels of society and giving a voice to the people, is only a ”victim” of his own success. I sincerely believe that only the artist should be the decision-maker, at least, of the set of an exhibition that directly concerns their career.

Something unique to Street Art is that many artists still practice it anonymously, mostly because of the semi-legality of their activities. It is that anonymity, which allows us to project ourselves onto them and their works, either by putting them on a pedestal or accusing them of being vandals and pariahs. What remains is that they have the power to make an impact, to transform our daily lives, to turn us away from our routines.

What I particularly like about Banksy, is that he has kept his distance from propaganda and dictatorship. He has the genius of suggestion, he has the rightness to create a reaction and trigger a debate or conversation. We could argue on the figure of the artist for hours, and question the necessity of his work, but in the end his goal would be achieved. It allows us to think about, question, and perhaps challenge the status quo of society and maybe even the purpose of our individual lives.

I am back on my way to the Rijksmuseum to find my comfort zone amongst the classical paintings I hold so dear. On the way I reread some of what I drafted for this article, and a line from the writer Alan Moore’s comic series “V for Vendetta” comes to mind.

“We are told to remember the idea and not the man, because a man can fail, he can be caught, he can be killed and forgotten, but 400 years later an idea can still change the world”