Artists and Their Myths 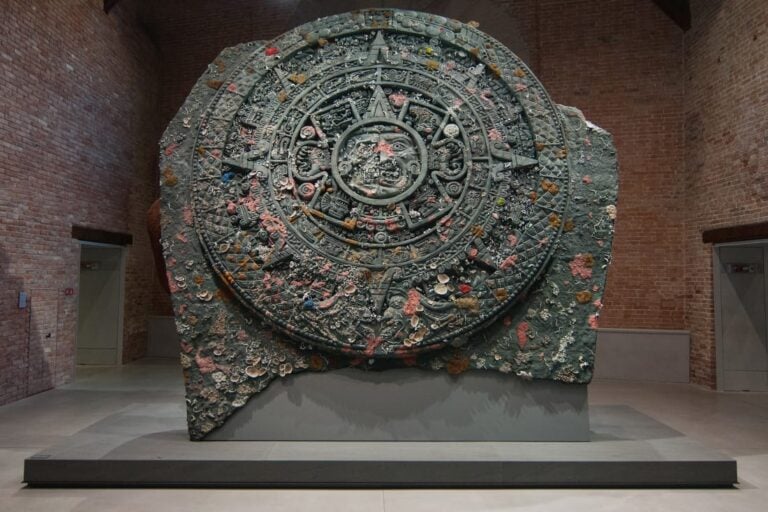 Damien Hirst, Treasures from the Wreck of the Unbelievable, 2017. Source: https://edition.cnn.com.

Sometimes, the story that is attached to an artist is as important as their craft. Let’s take a look at artists and the myths that are related to them.

Though many think of myth as a fictional story, that is not always the case. In fact, myths may or may not have a determined basis. According to one definition offered by Merriam-Webster, a myth is “a popular belief that has grown up around something or someone”. Many times art depicts mythical subjects, but what about the artists that create the works? Can we talk about popular myths that concern them?

Giorgio Vasari is perhaps one of the best myth-writers in art history. In 1550, the Renaissance artist published the first edition of The Lives of the Most Excellent Painters, Sculptors, and Architects. It covers many biographies of Tuscany-based artists, starting with Cimabue, a well-known painter who lived in the 13th century. One of the most interesting biographies concerns Giotto, who created the beautiful frescoes of Scrovegni Chapel. According to Vasari, Giotto had a great personality since he was a young child. He tells that one day, as Giotto was herding his family’s herd of sheep, he stopped for a break and drew the sheep “from nature”. At the same time Cimabue was passing by, and he was so impressed with Giotto’s painting that he insisted on mentoring him. By presenting Giotto in this manner, and implying that his skills were extraordinary, Vasari strengthens his status as a painting master. But even if the story about the meeting of the two painters is somewhat true, Vasari could not have known what kind of person Giotto was. They were born more than 200 years apart!

Another artist whom Vasari praises in the book is of course Michelangelo. The master, who worked mainly in Rome and Florence, is considered today as someone who worked privately without any assistance. Yet letters that Michelangelo wrote and received shed light on other parts of his personality. It is now known that he in fact collaborated with other artists. He provided designs for Venetian Sebastiano del Piombo, who had mastered the use of color. Today we also know that during the work on the Sistine Chapel ceiling Michelangelo complained, a lot!. In a letter to a friend, he mentioned the physical labor the project involved and described it as nothing less than "torture". And so this image of Michelangelo as a lone genius, working all by himself, is not entirely true.

It is hard to tell fake from truth, and the further we go back in history, the harder it gets. But what about more recent stories, in which there is a solid basis? A good example of that would be the life of Vincent van Gogh. Perhaps more than Starry Night or his paintings of sunflowers, Van Gogh is arguably most famous for the incident in which he cut off his left ear. We know about the incident today because of documentation and self-portraits he made after the injury. The biography of Van Gogh became integral to the way we think about and appreciate his work today. Therefore it is interesting to think: If Van Gogh's life had been different, would we value his art differently today? We will never know for sure.

Even in the 20th century, we can think of myths in art. Joseph Beuys's career was based on one story, in which a remote tribe saved his life. According to the German artist, during his military service he was involved in a plane crash. As the crash happened in a deserted area in the mountains, his chances of survival were very slim. He claimed that he was rescued by men from a nearby tribe. The men presumably wrapped him in insulating layers of felt and fat in order to keep him from freezing to death. During his career, Beuys dealt with the case through the materials he chose to work with. Those included fat, felt, fur and wood, to name a few. This myth that Beuys created for himself had a direct effect on his body of work, as well as his status. Today scholars consider him one of the most important German artists in the post-WW2 era.

Another artist who understand the power of myths, and applies it in his art, is Damien Hirst. During the Venice Biennale of 2017, the English artist showcased Treasures from the Wreck of the Unbelievable. It was a major exhibition which included bronze sculptures of a massive scale, and they appeared to have been covered in coral. Through the art, Hirst told the viewers a (fabricated) story: The exhibited items were said to be part of an ancient treasure excavated from a shipwreck. By giving this backstory to the sculptures, Hirst acknowledged the importance of myths in the art world. He understands the power of myths on the viewer, even if they are obvious lies.