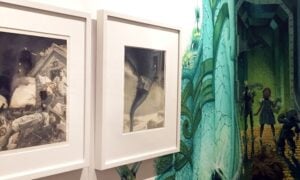 Charles Santore is an American illustrator of magazines, advertisements, and books. He’s had a successful career working on magazine covers like TV Guide and Life, national advertisement campaigns, and illustrations for beloved stories like Alice in Wonderland and The Wizard of Oz. He has also written and illustrated a few of his own original stories. Santore was born and raised in Philadelphia, where he is now the subject of a retrospective exhibition at the Woodmere Art Museum. The Charles Santore Exhibition gathers a large selection of his drawings, paintings, published illustrations, and more from across his fifty-year career. [caption id="attachment_10315" align="alignnone" width="1000"] 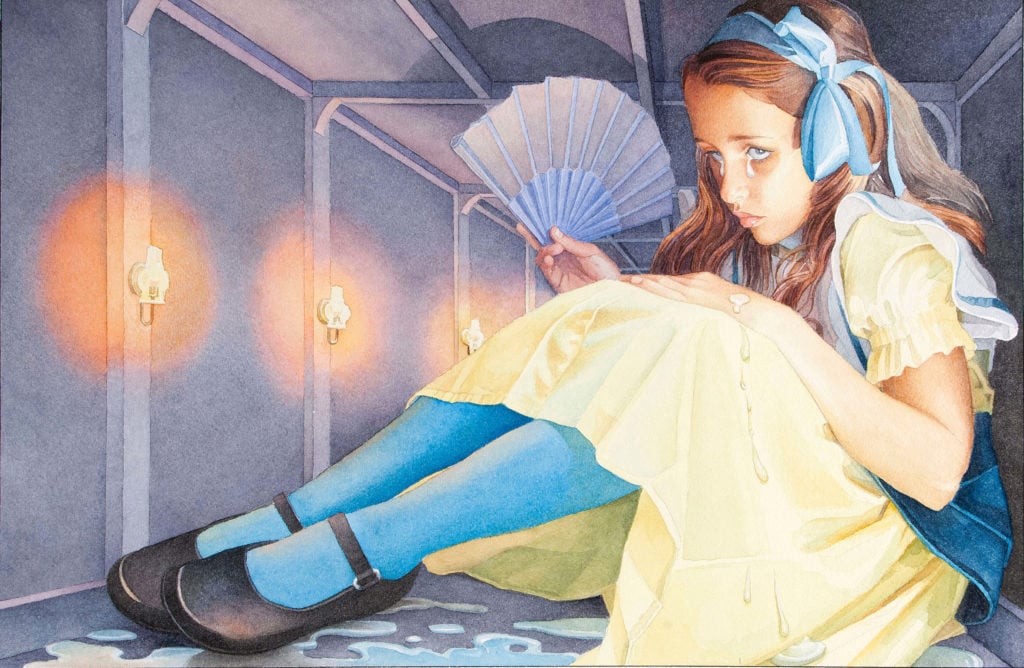 She was now more than nine feet high, from Alice’s Adventures in Wonderland, 2017, by Charles Santore (Collection of the artist)[/caption]   [caption id="attachment_10319" align="alignnone" width="1000"] 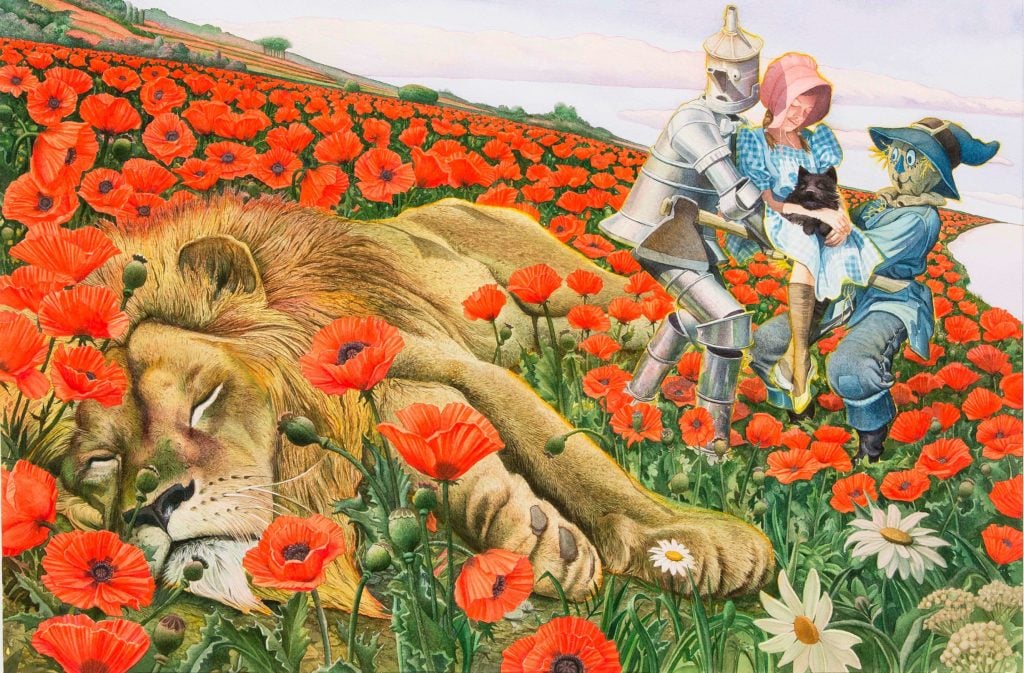 The Scarecrow and the Tin Woodman, not being made of flesh, were not troubled by the scent of the flowers, from The Wizard of Oz, 1991, by Charles Santore (Collection of the artist)[/caption] All of Santore’s illustrations are compelling, but his book illustrations are particularly memorable. They’re full of all sorts of rich little details that bring timeless stories to life. In an interview in the exhibition catalogue, Santore talks about how he adapts his style to fit every different story and scene. He doesn’t just plug in different characters and moments into the same generic format. He says that he needs to challenge himself as an artist and to let the story transform his art. This is very apparent in his artwork. I’m particularly drawn to his illustrations for The Little Mermaid and Paul Revere’s Ride: The Landlord’s Tale about American Revolutionary War hero Paul Revere. I also enjoy his more recent illustrations for Alice’s Adventures in Wonderland.  [caption id="attachment_10316" align="alignnone" width="1000"]

A hurry of hoofs in a village street, from Paul Revere’s Ride: The Landlord’s Tale, 2002, by Charles Santore (Collection of the artist).[/caption] Santore’s earlier magazine and advertisement illustrations also appear in the exhibition. They have a completely different feeling than any of his book illustrations. Works like his portraits of entertainment stars for TV Guide have something of a caricature-like feeling. They exaggerate their subjects’ most notable features. [caption id="attachment_10317" align="aligncenter" width="724"]

The Jeffersons: Sherman Hemsley, Isabel Sanford, and Paul Benedict, for TV Guide, 1978, by Charles Santore (Woodmere Art Museum: Gift of the artist, 2017)[/caption] The Woodmere Art Museum will be running a series of special events to accompany the Charles Santore exhibition. In addition to the usual members’ receptions and curator talks is something a bit unconventional. From March 15-22, the museum will display Sweet Inspiration, an exhibition of cakes. They're the work of area cake artists based on Santore’s illustrations. I’ve never heard of a museum doing anything like this before. However, it seems like something that would happen in one of Santore's illustrated storybooks. Based on the pictures, the cakes look just as colorful and whimsical as the illustrations behind them. And yes, there will be a tasting. [caption id="attachment_10320" align="alignnone" width="1000"] 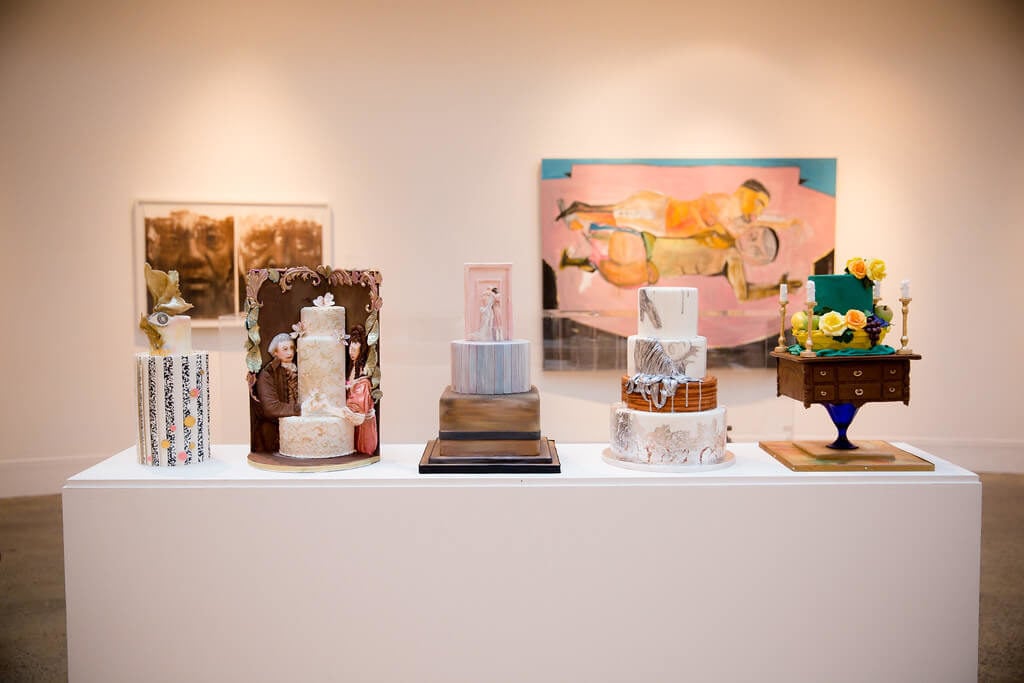 Photograph by Brian James Photography, Chestnut Hill[/caption] Charles Santore: Fifty Years of Art and Storytelling opened on February 17 and runs through May 13, 2018 at the Woodmere Art Museum in Chestnut Hill, PA.