Take a Trip with Rosemary Ellis 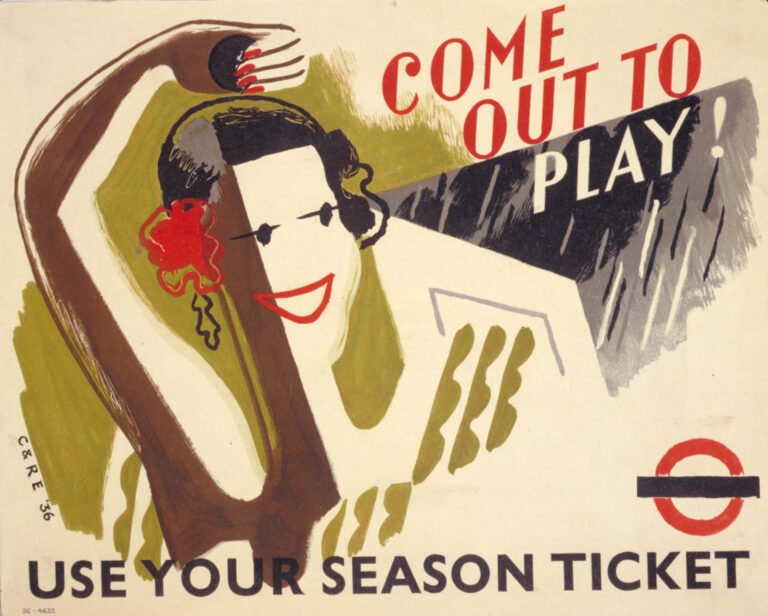 As we head into summer holiday season, let’s take a look back at the gorgeous travel posters designed by British artist Rosemary Ellis. One of the most prominent illustrators of her age, Rosemary Ellis is not a household name – but she should be!

Rosemary (maiden name Collinson) worked alongside her husband Clifford Ellis for more than 50 years. In 1946 they founded the Bath Academy of Art together, with the intention of educating art teachers. Their pioneering educational approach was to teach art in a different way, benefitting children who weren’t succeeding academically.

Married in 1931 the couple both attended art school. But it is their commercial graphic art and illustrations that are most striking. They worked on posters and adverts for companies such as Shell, London Transport and The Empire Marketing Board. The couple produced over 60 book jacket illustrations for the New Naturalist Series published by Collins. In addition they also worked on decorative tiles and ceramic mosaics.

Often with artistic collaborations, it is the male artist who gains the attention and the applause. Sadly this is also true here as many art sources refer only to Clifford, and mention Rosemary as ‘the wife’. Which is tragic as in this case, Rosemary and Clifford really did work side by side, equal partners who deserve equal credit. Every single artwork was a joint effort. They even had a joint monogram: C&RE, and took care to explain that the initial letters were in alphabetical order, not order of importance!

Their work for London Transport is perhaps their best known. They invited the public to explore outlying areas around London using the Underground system.

The work of Rosemary and Clifford Ellis is both bold and charming. A colourful and productive artistic partnership stretching over five decades. These images should inspire you to get out into that summer sunshine and take a trip!