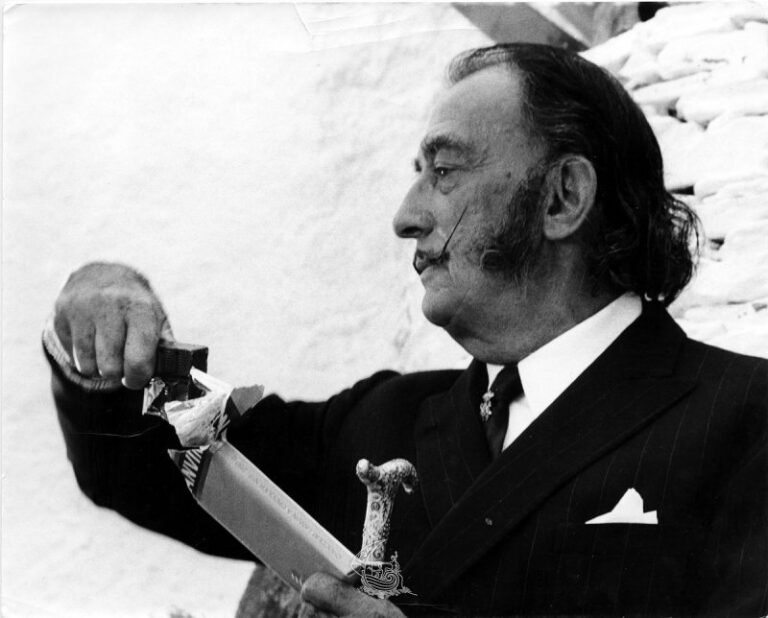 Salvador Dalí was famous of having a nose to promotion and turning his talent into money. Or maybe his wife Gala had this nose, and he was only a smart follower. Anyways, in 1939 André Breton, founder of the Surrealist movement, gave Dalí the nickname “Avida Dollars,” an anagram for “Salvador Dali” based on the French avide à dollars. It means “eager for dollars.”

Well, I don’t want to judge anyone. Dalí appeared in TV ads for a number of clients, including Lanvin Chocolates, Alka-Seltzer and Veterano brandy–and this is what I want to show to you today. Crazy, isn’t it? Especially Alka-Seltzer is a little… surreal.