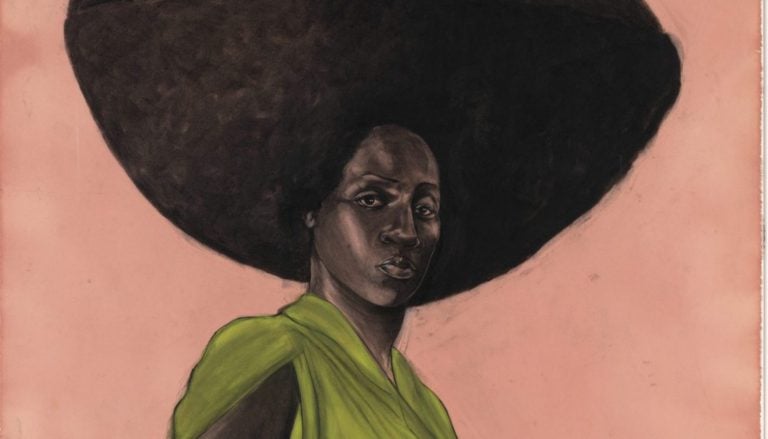 One of the largest and most interesting American museums, the Virginia Museum of Fine Arts, was established in 1936 in Richmond. Among its impressive collections there are European classics, Asian woodblock prints, and super rare Fabergé eggs, as well as important contemporary art masterpieces, including many by the BIPOC artists. We asked the VMFA staff about their favorite artworks!

VMFA is definitely worth a visit, not only for its amazing collections and special exhibitions, like Virginia Arcadia, but also the museum’s theater and library. It is definitely worth checking their educational programs; everybody should find something for themselves. Did you know that VMFA was the first art museum in the United States to introduce night hours? The museum’s legendary director, Leslie Cheek Jr., was also the originator of the “Artmobile”, a mobile tractor-trailer that carried exhibits to rural areas since 1953.

The artworks owned by VMFA are categorized into regions and come from several collections donated by patrons or purchased by the museum over the years. There are highlights from almost every corner of the world and every epoch in art history. We can admire Baroque and Neoclassical masterpieces by great European women artists: Artemisia Gentileschi, Élisabeth Vigée Le Brun, or Angelica Kauffman, as well as over 800 prints and paintings by the exquisite Japanese artist Hasui Kawase.

There is African art and ancient art coming both from America and Europe, as well as modern and contemporary art coming from all over the world. In the Virginia Museum of Art, a visitor can admire the largest collection of Fabergé eggs outside Russia, including five Imperial Easter Eggs.

No one knows a museum’s collection better than its staff. People who spend several hours every day with artworks have enough time to observe them really closely. Besides, they are the best specialists on these particular branches of art, which they research in the museum. They know every detail and they have a chance to see beyond the spaces where visitors are allowed. That’s why we asked the VMFA employees to share their favorites from the museum’s collection.

Wife of the Lynch Victim, Irwinton, Georgia by Marion Palfi

“Marion Palfi was a Hungarian-American photographer in the middle of the 20th century who earned accolades for her socially focused photography. She considered herself a ‘social research photographer’ with different series of her work that centered on civil rights, Native Americans, aging, abandoned children, and poverty. In the 1940s, Life Magazine turned down her work on segregation in the south which they deemed ‘TOO CONTROVERSIAL’. This is one of the photographs she had proposed for publication. I chose this work for two reasons: I am working on an exhibition and book for 2023 on Hungarian American photographers of the 20th century and Marion Palfi is one of the 35 photographers included in this landmark exhibit. More importantly, in the current era of continued inequality and systemic racism, this work is a reminder that we are not far removed from the rampant lynchings of innocent Black men in the South during the 20th century. Palfi’s ability to capture the humanity of the victim’s wife and her grief is palpable.”

Cup with Spiral of Glyphs

“This Late Classic period cup from 300–900 CE is a wonderful example of the extraordinary craftsmanship, technological advancement, and societal sophistication of the Maya. This vessel is such a beautiful design. I love how the glyphs were specifically positioned and carved to fit within the spiral pattern. This was clearly a very well thought out and carefully executed design, reflecting the skills of its maker, the aesthetics of its time, and the importance of writing and communication to the Maya.”

“I find myself drawn to Robert Pruitt’s Steeped. I love the darker tones. She’s steeped in pride and culture. For me, the pyramids in the hair suggest that she is a towering and empowered woman. She reminds me of the women I grew up with in my family and the women I saw in my neighborhood as a kid. Proud and fierce, that Afro is fabulous.”

“Ideographs of Eight Confucian Virtues (Munjado) is one of my favorite works in the VMFA collection. I am Korean American, and this work has allowed me to connect with my heritage in a way that I had not before. I visited the museum with my mother and the fact that our culture was represented in an art museum was a highlight during our time there. Seeing this work really creates a feeling that my culture truly exists in a very real way, and allows me to feel a larger connection to that culture and where I come from.”