An Artist Turned Suffragette. A Story of Olive Hockin

Ever heard of Olive Hockin? No? Me neither. While browsing pages for my next post about Theosophy, I came across this mysterious artist I had never heard of before. Moreover, it turns out she was quite a character! 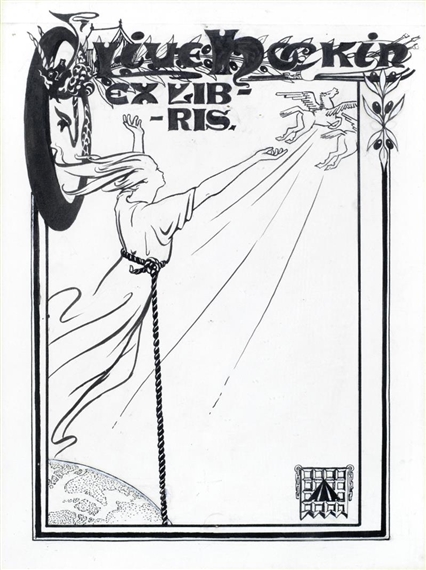 Olive Hockin, Ex-Libris Bookplate (untitled), s.d., private collection[/caption] Born in 1880, she spent some time in Argentina with her family but returned to London to attend the famous Slade School of Fine Art between 1901-3 and again in 1910-11. Slade was a place where many students became Theosophists. She also wrote for a magazine established around 1908 called Orpheus: the transactions of the Theosophical Art-Circle, which was "a quarterly magazine of mystical art". 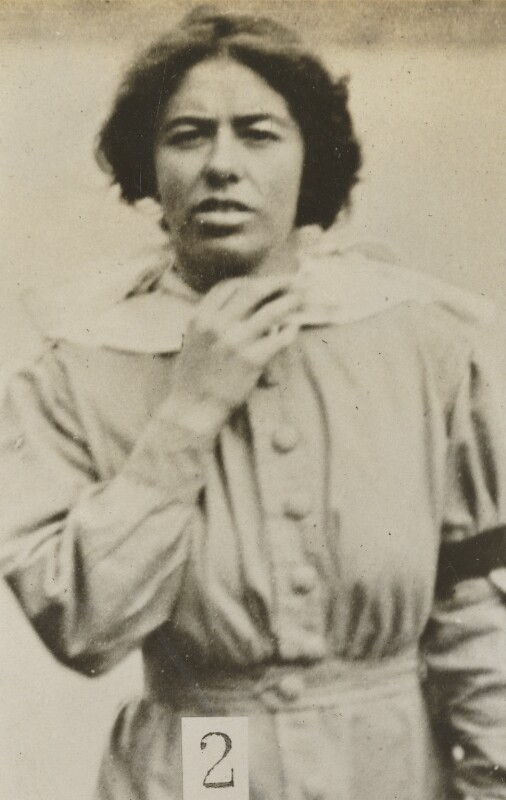 Olive Leared (née Hockin) by Criminal Record Office, 1914, National Portrait Gallery[/caption] She joined the Suffragette movement around 1912, and a year later she was arrested for 4 months accused of plotting to assassinate the Prime Minister. Indeed, she participated in arson attacks on the Roehampton Golf Club and on a house at Walton Heath, which belonged to David Lloyd George, and at the scene of the attack the police found papers bearing her name, while wire cutters, stones, false car number plates, and paraffin were later found at her home. To prison, she took with her prints of Love and Death by G. F. Watts and The Golden Stairs by Edward Burne-Jones and agreed not to go on hunger strike if she was allowed to paint. Her fellow prisoner, Margaret Scott, recalled that Olive carved the chair in her cell. Olive Hockin, Pan! Pan! O Pan! Bring Back thy Reign Again Upon the Earth, 1914, private collection[/caption] She continued exhibiting at the Society of Women Artists, at the Walker Gallery and until 1915 at the Royal Academy. During the First World War, she joined the Women's Land Army (WLA), a British civilian organisation which replaced with women those men who normally worked in agriculture but now were called up to the military. Olive was sent to a farm in Dartmoor, Devon. She wrote a book describing her experience as Land-girl (as such women were called) called Two Girls on the Land: Wartime on a Dartmoor Farm, published in London, 1918. Moreover, the rugged and mystical landscape of Dartmoor was a source of great inspiration to Olive's art. 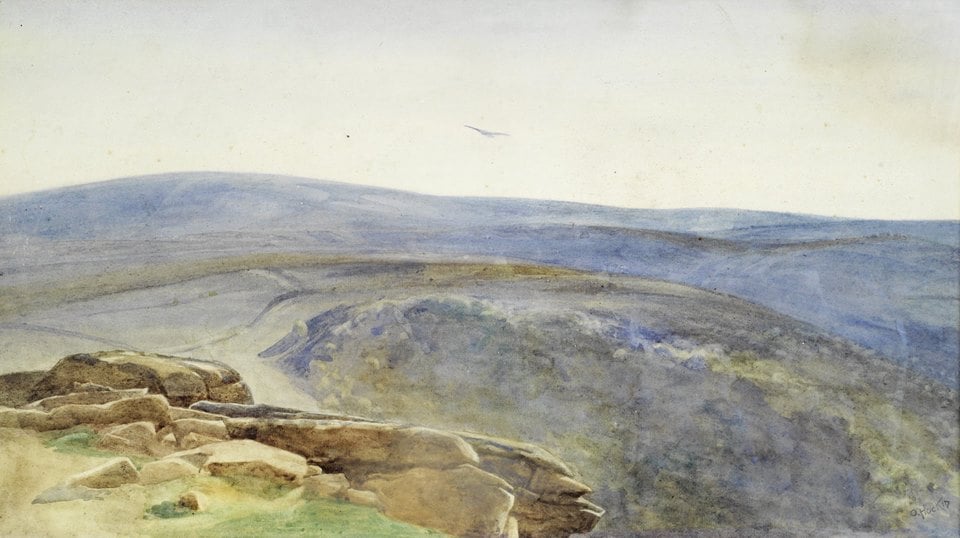 Olive Hockin, Moorland View, s.d., private collection[/caption] Her life after the war is quite a mystery because Olive did not leave any writings from this period. The only thing known is that in 1922 she married John Leared, who was a trainer of polo ponies and they had two sons. She died in 1936. Curious about other lesser-known artists from Britain? Check out: Gwen John: A Converted Artist or The Romantic World Of M(a)cdonald sisters