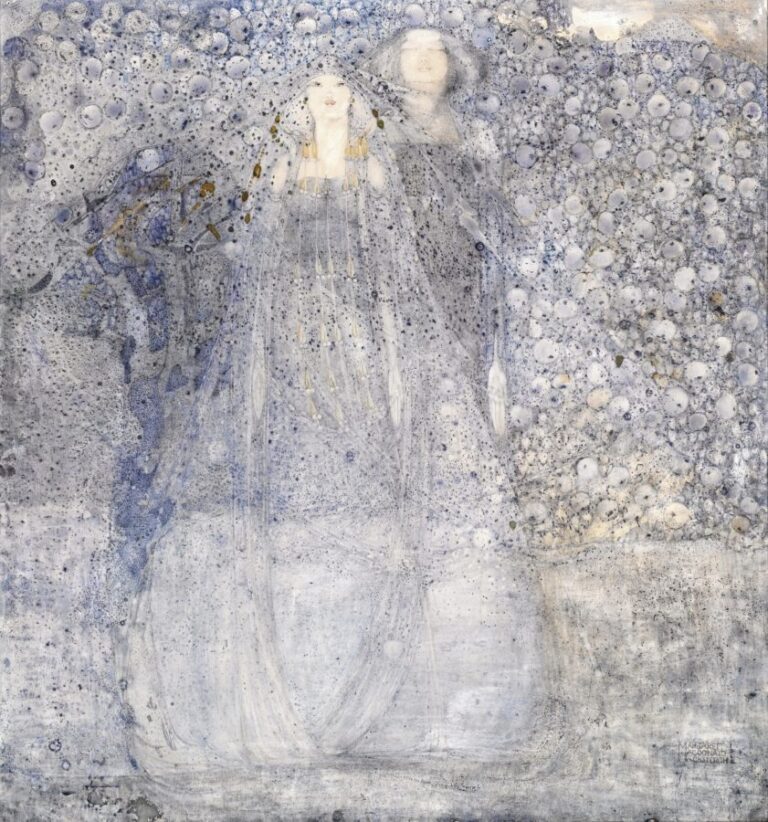 (Sorry for this inappropriate pun in the title, I simply couldn’t stop myself.)

I’m not going to serve you any reheated burgers, on the contrary, today’s artists are a real gem in the Scottish art history. Let’s move to the 19th century Glasgow, the second biggest city of the Victorian empire and a hub for an always growing artistic community, to meet Margaret and Frances Macdonald!

Margaret and Frances were born in England but moved to Glasgow in 1890(Margaret was 26, Frances 17). Frances was however as talented as her older sister and they both enrolled at the Glasgow School of Art for the design course. They were the first generation of female day students, since previously women had not been admitted. Sisters began collaborating and in 1896  they opened their own studio in Glasgow, Macdonald Sisters Studio at 128 Hope Street. They worked with textiles, graphics, illustration, metal or even interior design. That’s what we call multitasking!

As in every school there are groups, our sisters were part of a group called the Spook School (people laughed at them because the human figures they depicted were often distorted). However, today we call them The Glasgow Four because out of the bigger group, four people gained the most acclaim: Margaret, Frances, and two boys: an architect and artist Charles Rennie Mackintosh and Herbert MacNair. To make things more romantic, Margaret fell for Charlie and Frances for Herbert. Ideal, isn’t it?

Margaret married in 1900 and the girls separated in their artistic production. Margaret began working closely with her husband and she stood behind many of his successful projects. Charles admitted that Margaret was half if not three-quarters of all his architectural work. He called Margaret a genius and he didn’t mean it only as an endearment. Francis started collaborating with Herbert, whom she married in 1899, as well as she taught in Liverpool where the couple moved after the marriage.

Sadly, girls’ artistic production is not as famous as their husbands’. Many of Francis’ works were destroyed directly by her husband after her death (WHY?! Despair/envy? I can’t get it.), while Margaret always stayed in the shadow of her husband and after she fell ill, she stopped making art completely.