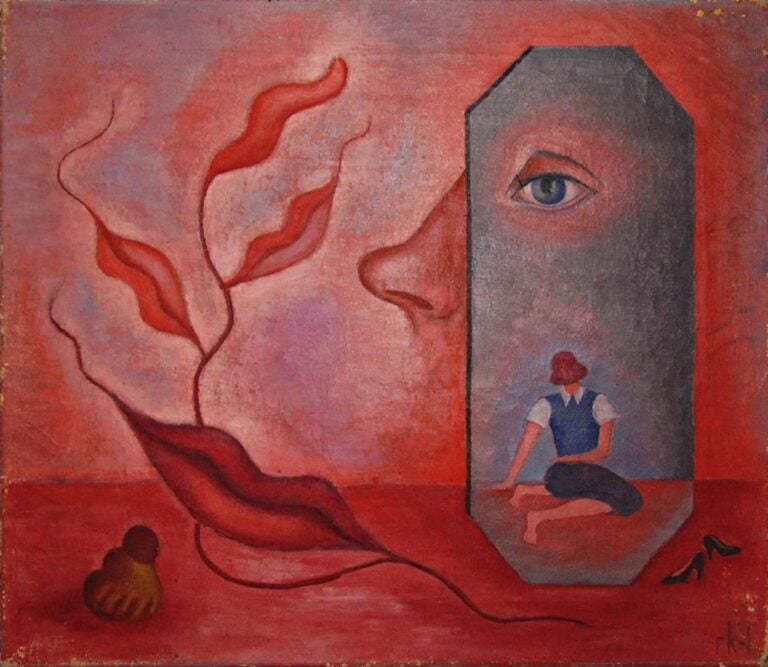 When you hear Surrealism, you probably think Dalí, Magritte, Ernst... But can you think of any female artists...? Today you'll meet one of them, Rita Kernn-Larsen, who is barely known even in her native Denmark and whose mini-exhibition you can see in Venice, in Peggy Guggenheim Collection. 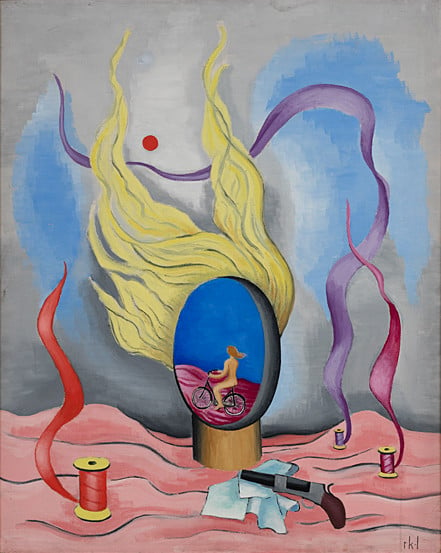 Rita Kernn-Larsen, Searching for the Moon, 1936-37, private collection.[/caption] Rita was born in 1904 in Hillerød to a well-off family. She lived in an old castle, had servants and attended a private school. As a young girl she was taught to sew by her maid, and this is probably how her passion for art began. She left for Oslo to attend a drawing school, then returned to Denmark to study in Copenhagen. Yet, disappointed with the teaching methods at the Arts Academy, she moved to Paris in 1929. 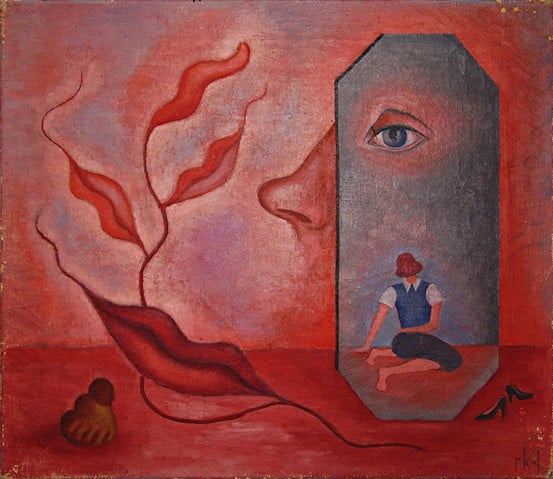 Rita Kernn-Larsen, Self-Portrait (Know Thyself), 1937,Peggy Guggenheim Collection, Venice[/caption] In Paris Rita plunged into the middle of the artistic boheme: she met Pablo Picasso, Luis Buñuel, Max Ernst and Fernand Léger, who became her teacher.  As she recalled, the Surrealist period "was wonderful. Yes…it really was the best time for me as an artist." She also met there her future husband, the Jewish-born journalist and art dealer, Isaac Grünberg. In the mid-thirties she would travel back to Denmark to hold her first solo show and keep in touch with Danish Surrealists. 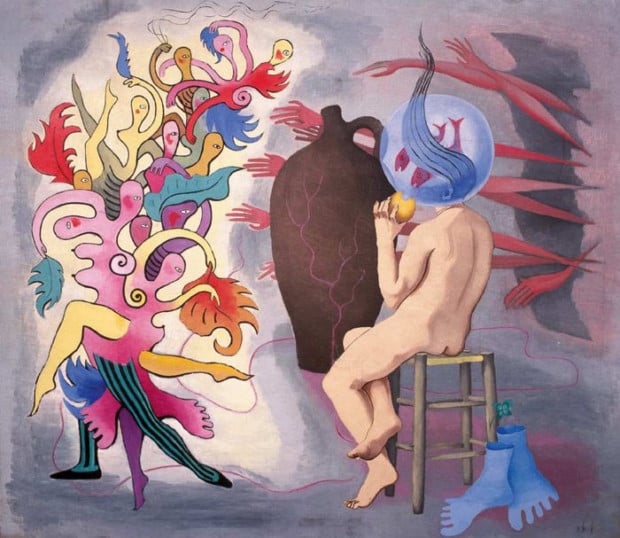 Rita Kernn-Larsen, The Party, 1937, Museum Sønderjylland[/caption] In 1938 Rita was invited to London by Peggy Guggenheim to hold a solo show in Peggy's new gallery Guggenheim Jeune. She came specifically for the exhibition but was forced to stay over as the war broke out soon after. As she recalled, the war years meant the end of Surrealism for her, as "it all turned real. Suddenly you’d wake up in the morning [during the blitz] and see a chair hanging in a tree or someone's hand lying on the ground. Surrealism is in the subconscious. Suddenly everything was there for all to see." 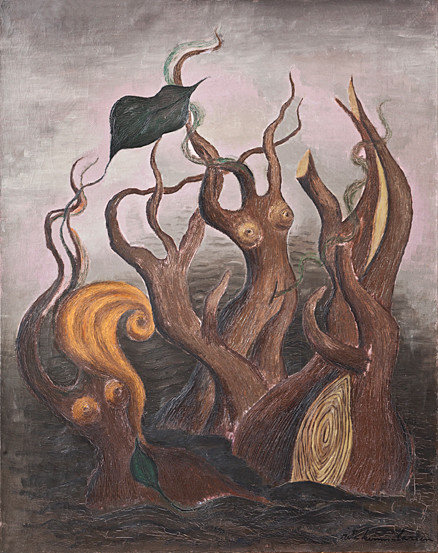 Rita Kernn-Larsen, The Women's Uprising, 1940, Kunstmuseet i Tonder[/caption] After the war Rita moved with her husband and daughter to Saint Jeannet, in southern France, where she lived until 1992. Her art moved towards nature and abstraction, she illustrated several children books and she experimented with pottery, ceramics and collage. She died in 1998.

Man Ray is one of the most famous artists of the 20th century! Today, I would like to pay tribute to his rayographs, a technique that is...