Masking and Unmasking Women in Art 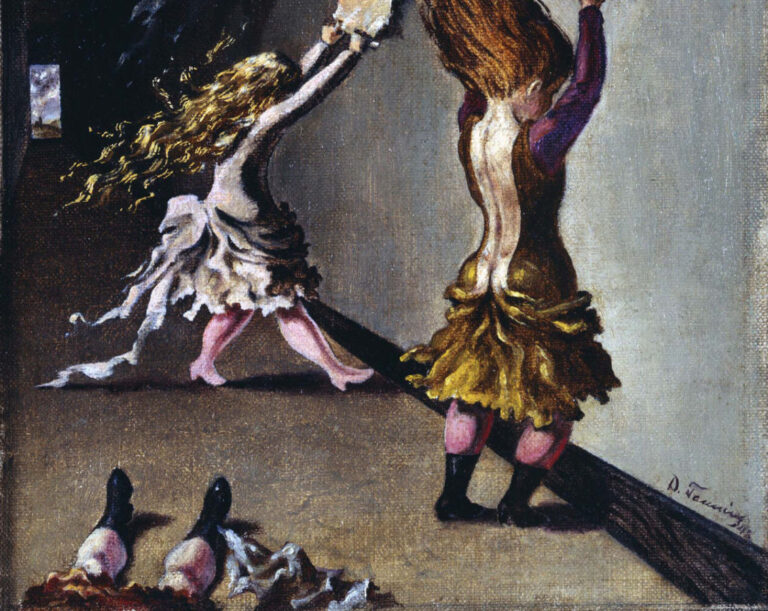 Just a few weeks ago, Venice was transformed into a different world. It was carnival and people in masks were strolling through the city. There is a fascination with wearing a mask: one hides behind it and becomes someone else for a time. This also counts for the woman we see on this photograph. A man helps her to put on a mask and her face becomes partially golden, framed with blue feathers. She looks like a fairy queen.

Putting on a Mask

However, wearing a mask does not only mean becoming another character. It can also cause a split between the woman and her body. In 1881, Thomas Copperthwaite Eakins released a series of photographs. They depict a naked woman shown from different perspectives. One thing that remains constant is her face, which is covered by a dark mask. This mask, however, provides her with another role. It hides her face behind a black curtain, thereby concealing the most individual part of her. Thus, she becomes more an object, her nakedness exposed to the viewer.

We can see that wearing a mask can mean that a woman takes on a new role. However, it can also lead to her being degraded and reduced to a mere body, with the mask hiding her face.

To Take Off a Mask

In Venice, the carnival was over after a few days. The masks were taken off and people became themselves again, returning to their routine life. But what if the mask belongs to normal life, if wearing a mask is somehow part of a woman’s day?

In his poem A Beautiful Young Nymph Going to Bed from 1734, Jonathan Swift describes a process. Corinna, a prostitute, takes off her clothes and body parts such as her artificial eyes. What lies behind her beauty mask is this:

Corinna wakes. A dreadful Sight!
Behold the Ruins of the Night!
Corinna in the Morning dizen’d
Who sees, will spew; who smells, be poison’d.

Swift describes in a brutally honest way the unmasking of Corinna, the unmasking of her body and of her as a person, too. This poem leaves the reader sad and feeling pity for its protagonist. But now it is time to let an artist enter the stage who has created a painting that does not ask for pity but displays female action.

In 1942 Dorothea Tanning painted Children’s Game. In this painting we see three girls: Two of them are standing in front of a wall, the other is lying close to the picture’s border. The two girls at the wall are tearing pieces of the wallpaper down. This action is full of movement: The girl’s hair and the wallpaper all fly up. With all their power, the girls try to pull the wallpaper down.

They have succeeded and we can see what lies behind the wallpaper. No bricks are revealed but rather two images of a female body. One shows an opening that resembles a Vagina. The other reveals a stomach as well as a woman’s intimate area.

Tanning’s painting is disturbing and it doesn’t really depict a children’s game. The dark corridor with only a sliver of light in the distance appears to be more a prison for the girls. They again try to free themselves from it by tearing down the wallpaper. With its perfect surface the wallpaper reminds us of empty and perfect images.

One can think of any images of a woman’s body: Under this surface, the real female body comes through. Thus, the girls try to free themselves from their prison by unmasking the female body that is hidden behind the empty wallpaper, the empty images. This female body could belong to them or to us viewers. One thing is for sure, it cannot be covered anymore; no more masks for today.

Masking and unmasking is about covering and revealing; it is about becoming a fairy queen, being humiliated and also about freeing oneself. With regard to women, it may not be a question if a woman is wearing a mask. Moreover, one has to ask, was it the woman who chose her mask and can she also decide when to take it off?

Katharina holds a phd in Art History. In her studies she concentrated on women and art. Now, she likes very much the combination of women, children and art. Her nearly three year old daughter has a great influence on this. Never before has Katharina been so often to museums as with her. Besides, Katharina is writing on her blog ArtStories.