The Most Beautiful Anatomical Theaters in Italy 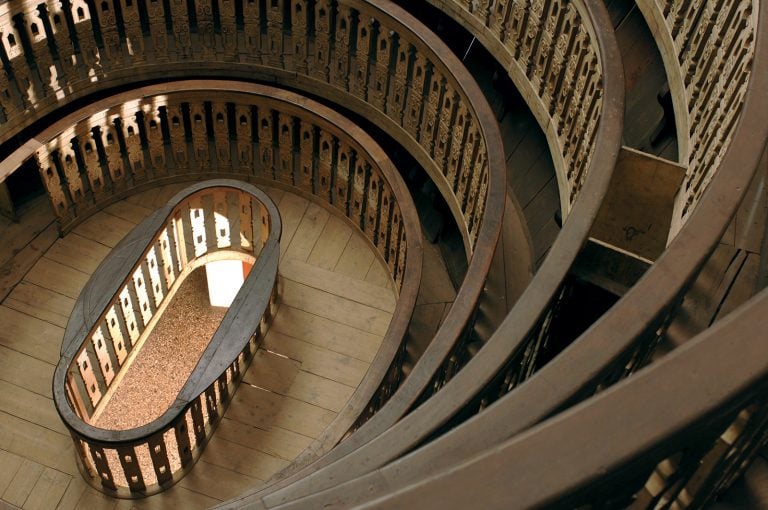 Anatomical theaters were one of the most important institutions in the history of medicine. They were used for teaching anatomy classes at universities in the early modern period. In most cases illegally, as they were forbidden by the Catholic Church.

They are called theaters because of their amphitheatrical shape. In the center of the space, there would be a table on which the dissections of human or animal bodies took place. Several circular, elliptical, or octagonal tiers with railings were built around this table. This is where students or other spectators could stand and get a good view of the dissection almost from above, unencumbered by the viewers in the front rows.

In addition, the dissections themselves looked a little bit like theatrical spectacles. For example, in the anatomical theater in Bologna, autopsies were usually held in the accompaniment of a violinist. This was supposed to make the whole experience more bearable for the students.

The first anatomical theater was built at the University of Padua in 1594 and still exists. Other early examples include the Theatrum Anatomicum of Leiden University, built in 1596 and reconstructed in 1988, and the Anatomical Theater of the Archiginnasio in Bologna (whose building dates from 1563 and the anatomical theater from 1637). So here they are, the most beautiful anatomical theaters in Italy.

The world’s oldest anatomical theater is situated in the Palazzo del Bo at the University of Padua. It was built in 1594 by the Italian surgeon and Renaissance anatomist who helped found modern embryology, Girolamo Fabricius Acquapendente. This beautiful anatomical theater, very small in size, has six tiers carved from walnut and can hold up to 300 spectators. Following the last dissection in 1872, the theater was preserved, even the original table still stands. Today the building houses historic surgical tools and other artifacts of medical importance.

The bodies used for autopsies were delivered to the University by the judicial authorities. (They were often the corpses of executed people!) In order for lessons to be held regularly, so-called “stewards” tasked with procuring the necessary corpses, were appointed. If you ever travel to Padua don’t miss Capella degli Scrovegni and this fantastic place!

The University of Bologna hosts one of the world’s most beautiful anatomical theaters. Its construction began in 1636 and was completed in 1737. Each corner of the room is elaborately decorated. There is a statue of a woman being offered a thigh bone by an angel as well as famous physicians like Hippocrates, Galenus, etc. standing in niches. Meanwhile the ceiling is decorated with astrological symbols in the belief that every part of the body was placed under the guardianship of a zodiac sign.

The two most famous parts of the room are the statues of the Spellati, anatomical models displaying the muscles beneath the skin. Unfortunately, the theater was almost completely destroyed on January 29, 1944, during the Second World War. After the war ended, the theater was rebuilt using all of the original pieces.

The Ospedale del Ceppo was established in the 13th century, making it one of the world’s oldest functioning hospitals. It appears that medical lessons were held at the hospital from as early as the 16th century. Anatomy lessons were also held in the anatomical theater from the late 18th century and the school was active until 1844.

It features Neoclassical architecture, decorated with frescoes with grotesques as well as medallions in pastel colors; this sophisticated atmosphere strikingly contrasts with the function of the place. The theater is a rectangular room of medium size with the anatomy table in the middle and two rows of raised benches for the students.