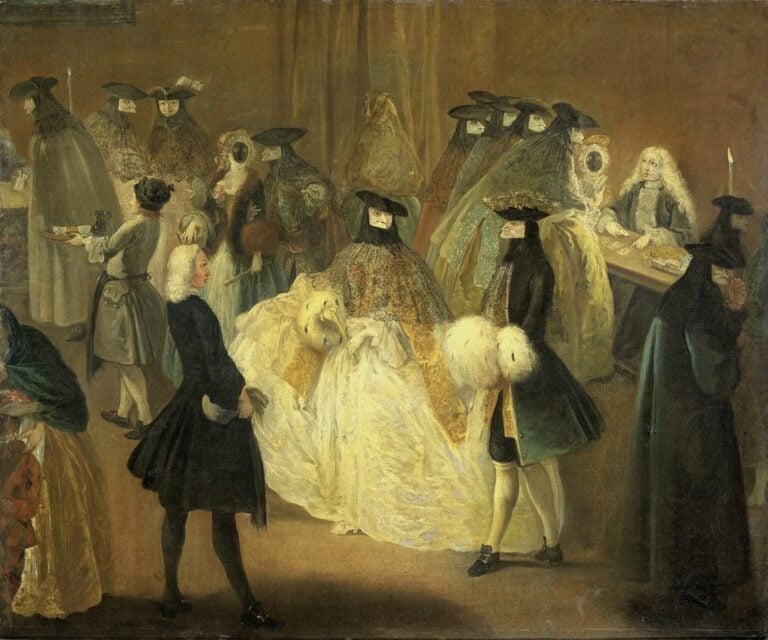 Five Takes on Carnival in Art

Carnivalesque Man Ray and His Masks

Venice is stunning all year round but during the carnival month, it becomes even more charming and mysterious. One stumbles upon princesses, pierrots, dukes who hide their faces behind lavish masks. Ladies and gentlemen, welcome to Venice, join us at the masquerade ball!

The carnival celebrations began in Venice sometime in the 12th century. They became more official in the Renaissance, but it flourished the most during the Baroque period and it was used to promote the magical image of Venice in the world. With the fall of the Venetian Republic, the festival was outlawed entirely in 1797 by the Holy Roman Emperor when even masks became strictly forbidden.

Before it was outlawed at the end of the 18th century, the carnival would usually begin with a series of balls in St. Mark’s Square (if you visit Venice, go to the famous café Quadri’s where you can see a fresco depicting one of such parties). If somebody liked taking risks, every night of the carnival fortunes were squandered in the Ridotto Gambling casino.

Nobody knows why Venetians began wearing masks. One scholar claims that it was caused by the extremely rigid class system ruling in Venice, but during carnival the usual order was overthrown: the poorest beggar could pretend to be the richest man.

This year the carnival starts on Sat, Feb 12 and it will last until Tue, Mar 1. The festival will feature many traditional events such as the Flight of an Angel over Piazza San Marco, or the beauty contest for Venetian girls, or the contest for the most magnificent mask, and many many ravishing balls. For info click here!

I invite you to take a closer look at a great Scottish etcher, muralist, and illustrator, William Hole (1846-1917) whom I discovered by chance when I...

Republic of Austria vs. Altmann: Klimt Goes to Court!

Christianity has a saint for everything, literally everything. And on All Saint’s Day, it’s the time we remember Saint Luke. Not only is he one...

Winter passed so quickly this year. The situation is still weird, to say the least, in several countries around the world. However, Spring has always...