A Study of Loneliness and Isolation: The Man in Blue 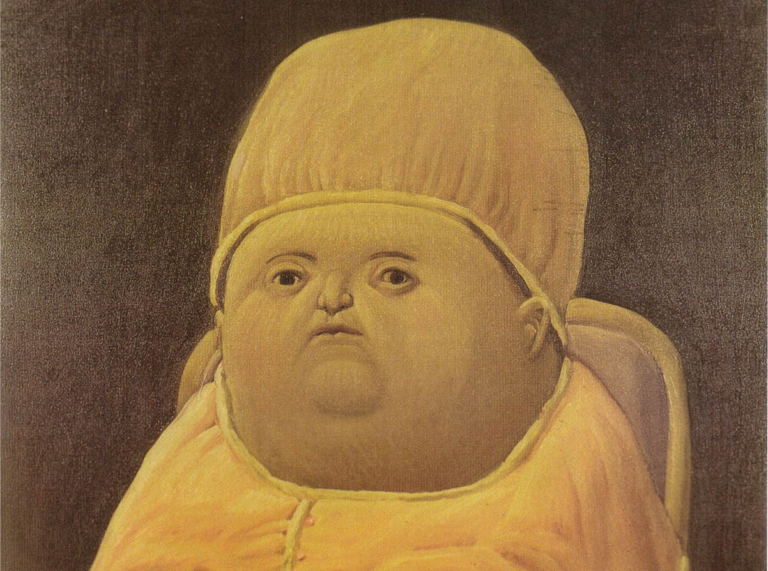 So here he is. A mysterious guy in a suit, drinking at the hotel bar. Everything is dark around him, he himself seems to be blurry and undefined - a classic Everyman. Who is he? Is his identity important? Why we feel so anxious when we look at him and his surrounding? 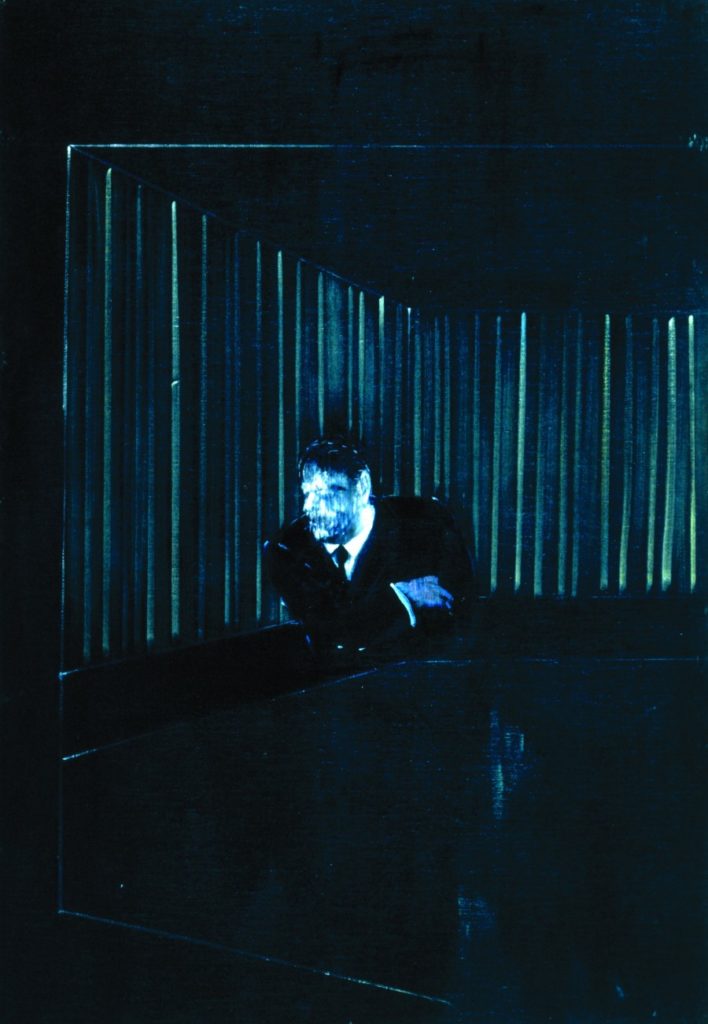 Francis Bacon, Man in Blue I, 1954, Museum Boijmans Van Beuningen[/caption] Today we are talking about Francis Bacon's Man in Blue series which consist of seven canvases. In 1954, Francis Bacon spent quite a long time at the Imperial Hotel in Henley-on-Thames in Oxfordshire, England. While staying there the artist spotted a guy - an anonymous eccentric who for some unknown reason spent every evening drinking at the hotel bar. [caption id="attachment_12561" align="aligncenter" width="460"] 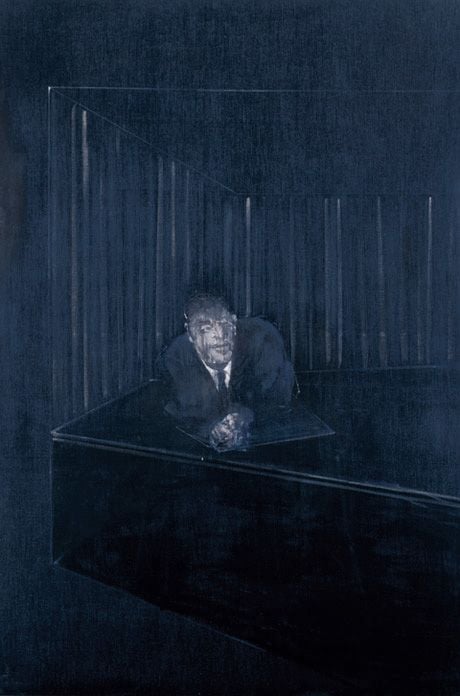 Francis Bacon, Man in blue IV, 1954, private collection[/caption] The surrounding of the Man in Blue looks like a cage and the man himself as a prisoner. The face of the man appears to be erased. [caption id="attachment_12547" align="aligncenter" width="796"] 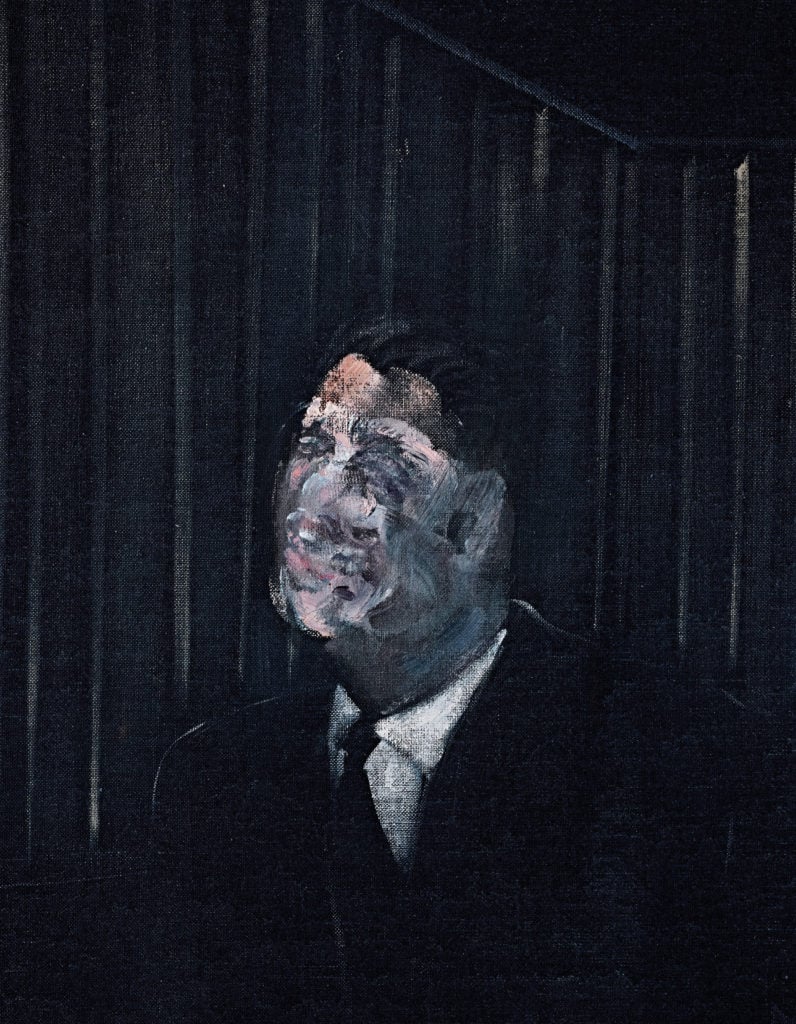 Francis Bacon, Man in Blue VII, 1954, private collection[/caption] The mid-1950s were hard times for Bacon. The Cold War anxiety was in full swing. The artist was engaged in a chaotic affair with Peter Lacy a former fighter pilot. Maybe chaotic is not the best word here - I should say "violent". Bacon was often forced to escape to hotels for days on end to escape his lover's violent, drunken rages. Another thing tormenting Bacon was the wider pressures associated with the continuing illegality of homosexuality in the UK. [caption id="attachment_12560" align="aligncenter" width="577"]

Francis Bacon, Man in Blue V, 1954, Kunstsammlung NRW, Düsseldorf © VG Bild-Kunst, Bonn 2017[/caption] Most of the paintings from the series are now spread around the world in the private collections. [caption id="attachment_12549" align="aligncenter" width="644"] 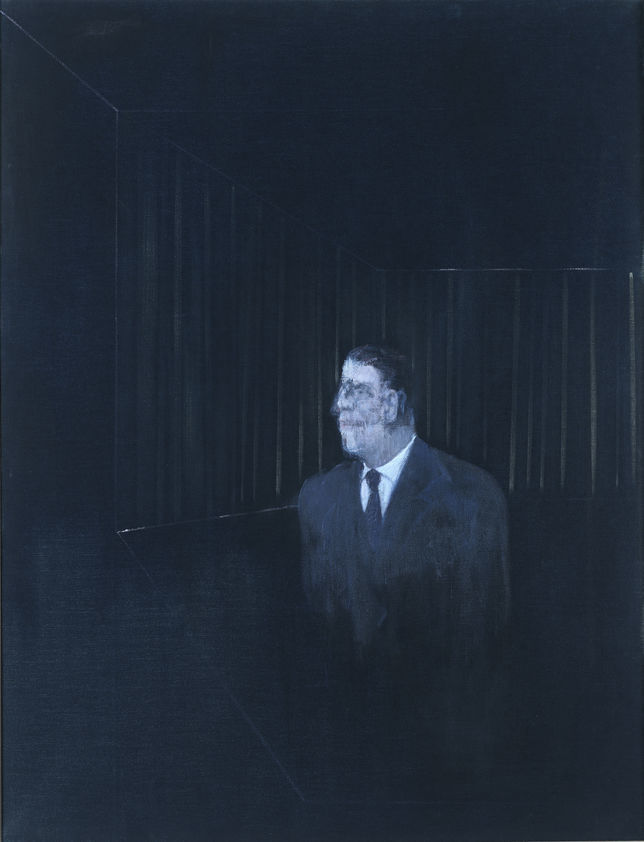 Francis Bacon, Man in Blue II, 1954, private collection © The Estate of Francis Bacon. All rights reserved, DACS/Artimage 2018. Photo: Prudence Cuming Associates Ltd.[/caption]
Francis Bacon began his career as a designer of furniture and carpets. In the 1930s, he started exhibiting his free work in various galleries in London, but later he destroyed much of this early work. It was only after the Second World War that Bacon started exhibiting again in galleries. Human beings are the subject of his paintings. [caption id="attachment_12551" align="aligncenter" width="637"] 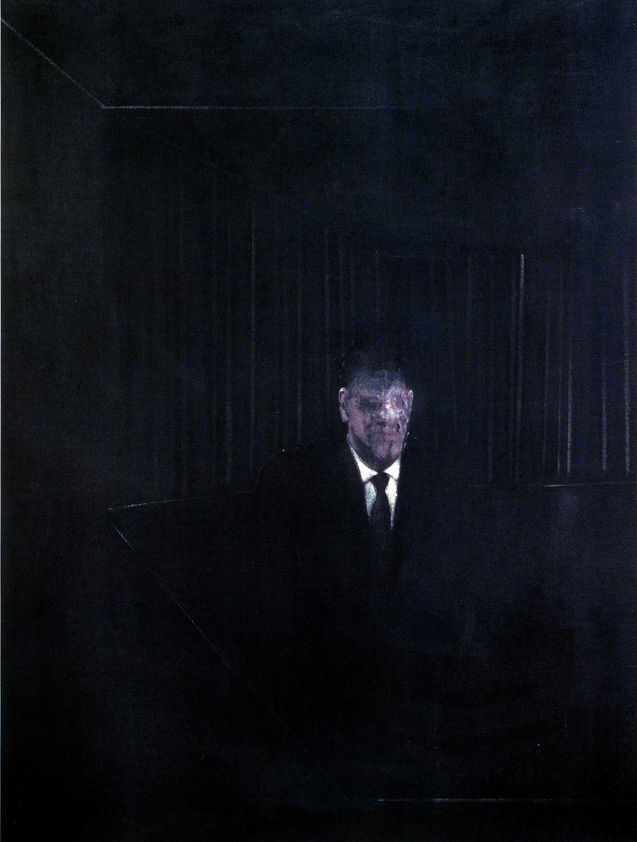 Francis Bacon. Man in Blue III. 1954, private collection[/caption] Often these people are anatomically misshapen and their shapes are vague, almost erased. Extremely lonely and tormented figures find themselves isolated and trapped within themselves in a well-defined space. [caption id="attachment_12559" align="aligncenter" width="641"] 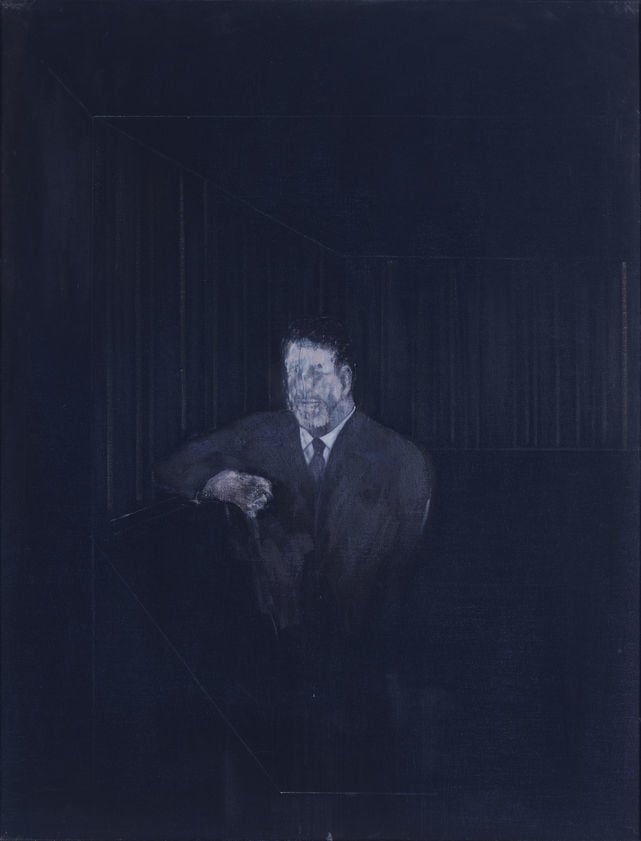 Francis Bacon, Man in Blue VI, 1954, private collection[/caption] Bacon created these spaces by placing frames around the figures which at the same time act as a closed cage. From 1950, Bacon produced a number of series of paintings with the pope and the cardinal at his subject which are his most famous works now.