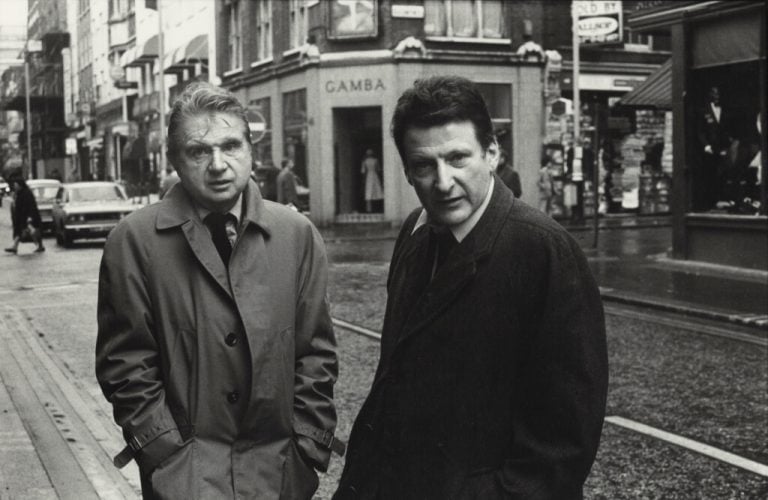 The Joy of Lucian Freud: Self-Portraits

Francis Bacon was an Irish-born British figurative painter famous for his bold, grotesque, emotionally charged, and raw imagery. He is best known for his depictions of popes, crucifixions, and portraits of close friends. His abstracted figures are typically isolated in geometrical cage-like spaces, set against flat, nondescript backgrounds. See a short interview with Francis Bacon to learn more about him and his art!

The art critic Robert Hughes described him as,

The most implacable, lyric artist in late 20th-century England, perhaps in all the world.

And along with Willem de Kooning as,

The most important painter of the disquieting human figure in the 50’s of the 20th century.

Francis Bacon was the subject of two Tate retrospectives and a major showing in 1971 at the Grand Palais. Since his death, his reputation and market value have grown steadily, and his works are among the most acclaimed, expensive, and sought-after. In the late 1990s, a number of major works, previously assumed as destroyed, including early 1950s popes and 1960s portraits, reemerged to set record prices at auction. In 2013, his Three Studies of Lucian Freud set the world record as the most expensive piece of art sold at auction.

Francis Bacon and Lucian Freud were at the same time friends and artistic rivals. The triptych is done in a characteristic abstract style for Bacon. Michel Peppiatt, an art historian and art critic, wrote about it:

Trapped here in a series of Baconian cages, a contorted Freud hovers from panel to panel like a coiled spring about to shoot out of the flat, airless picture plane.

Freud was portrayed in a geometrical cage, sitting on a wooden chair. His face is distorted, so it is difficult to recognize the sitter without knowing who they are. The atmosphere of the painting is very unsettling, quite mysterious, and unnerving.

Maybe by watching Francis Bacon’s interview talking about his art, we can understand it a bit better: