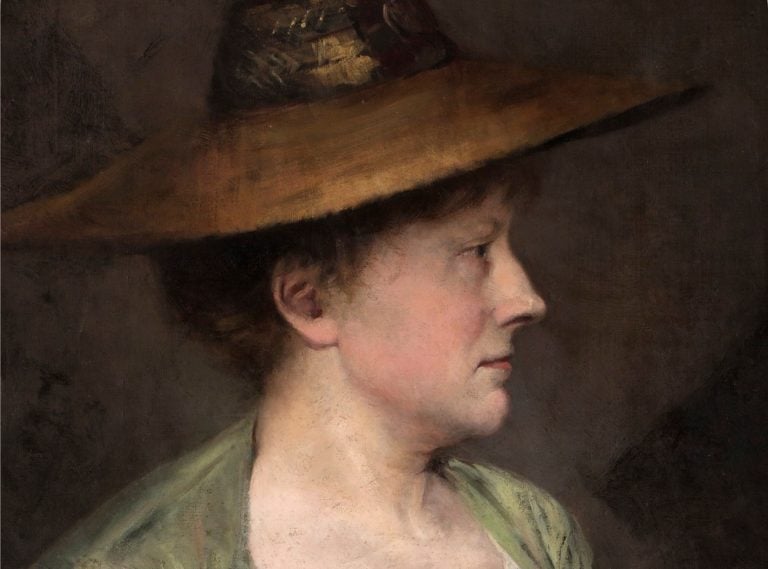 Better known in France than in her home country, Julia Beck was a successful artist able to earn a living by producing art at the end of the 19th century, although she was erased from Swedish art history. Now, thanks to the efforts of rediscovering female artists, she has gained prominence in the art world.

Julia Beck was born in the mid-19th century in Stockholm and died in 1935, which gave her a chance to see and experience some of the biggest changes in art that happened in this period, such as the beginning of modern art itself.

Her parents had a bookbinding business, and she learned the craft of calligraphy and lettering early in life. This would later be an important way of earning money so she could sustain herself while dedicating time to her art.

After taking a five-year course at Konstakademien (Swedish Royal Academy of Fine Arts), where her realistic portraits were well received by the art connoisseurs, Beck set her way to Paris. In the city of lights, she enrolled at Academie Julien, one of the few art institutions in France that accepted women at the time. There she had the opportunity to experience firsthand the unique environment that was forming the first movements of modern art.

Creative freedom and the possibility of living as an artist attracted Julia Beck to Paris. Even though she did not find the same opportunities as her male colleagues, she had a successful career. Beck exhibited her works at the Female Salon (Salon de l’Union des femmes peintres et sculpteurs) for many years and received commissions from the city’s art circles for her exquisite portraits. 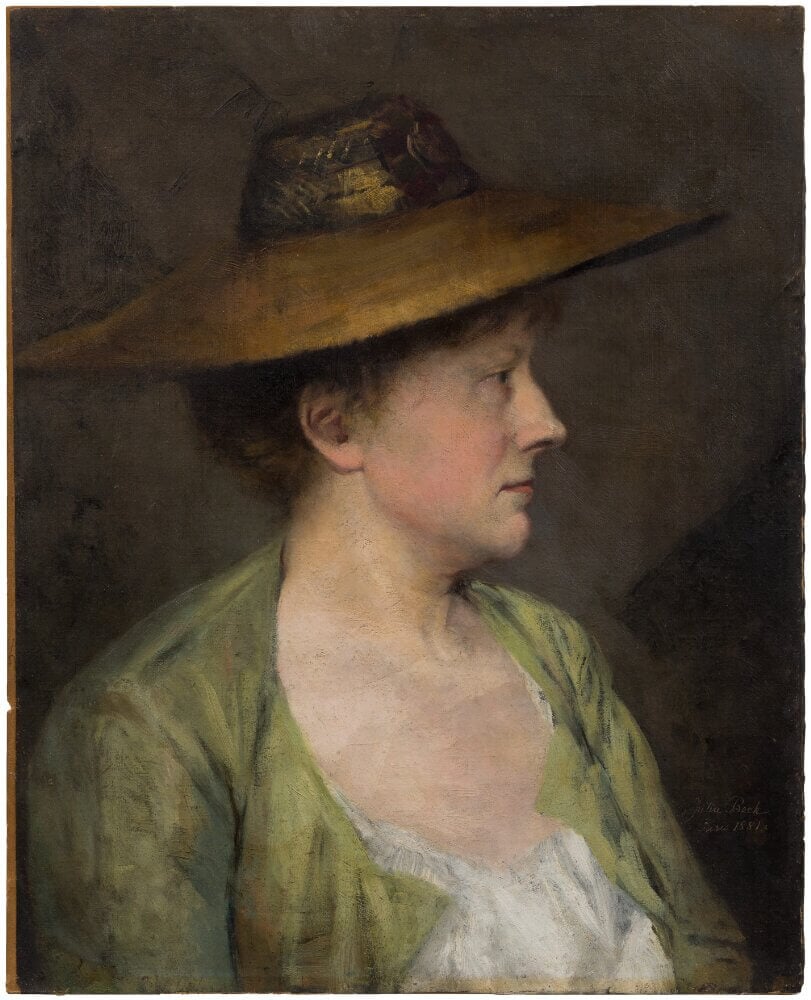 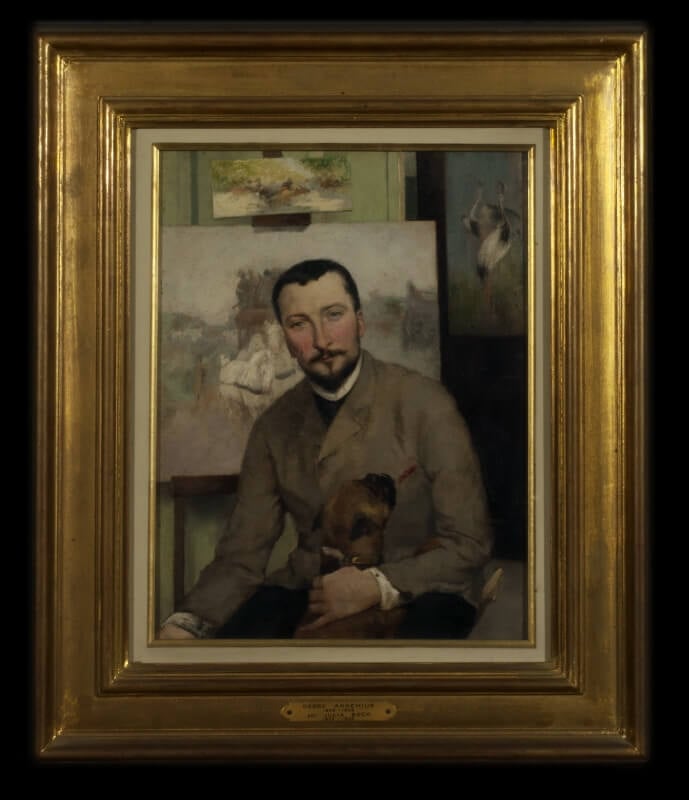 Julia Beck was receiving many commissions to paint portraits.

Creative freedom and the possibility of living as an artist were what attracted Julia Beck to Paris.

Things changed when the artist experienced painting en plein air, influenced by the Impressionists. Together with other Scandinavian friends, she moved to an art community in Grez-sur-Loing in the south of Paris. At that time, these communities were popular not only among painters but also among musicians and writers. They were places immersed in exciting intellectual conversations and sharing of experiences.

Beck adapted very well to the French environment with its beautiful and calm nature. Many of the landscapes she produced depicted the surroundings with lakes, rivers, and vegetation. (Being from Stockholm, maybe she found them familiar?) She was fascinated by the light effects in the water and the color possibilities she could create. Just like Claude Monet, Beck was attracted to the water lilies and aquatic plants. She rarely included people in her paintings from this period, giving her full attention to nature’s details and creating moments of meditation and tranquillity with her brush strokes.

Although the artist frequently traveled, also to Sweden, she established herself in Vaucresson (west of Paris), where she could care for and maintain her career. Beck lived the rest of her life on French soil and died in 1935. This might be one of the reasons her native country almost forgot her.

There is no information about any exhibition dedicated exclusively to her work until 2012, when the Zornmuseet in the Swedish town Mora showed a modest collection of 20 paintings. The exhibition then followed to Stockholm, where the Sven-Harrys Konstmuseum displayed it in the summer of 2013. Today, some of Julia Beck’s sketches, studies, and paintings feature in the Nationalmuseum collection in the Swedish capital.

American modernist Florine Stettheimer (1871–1944) created a joyful, Rococo-inspired aesthetic that was all her own. She depicted scenes of life...