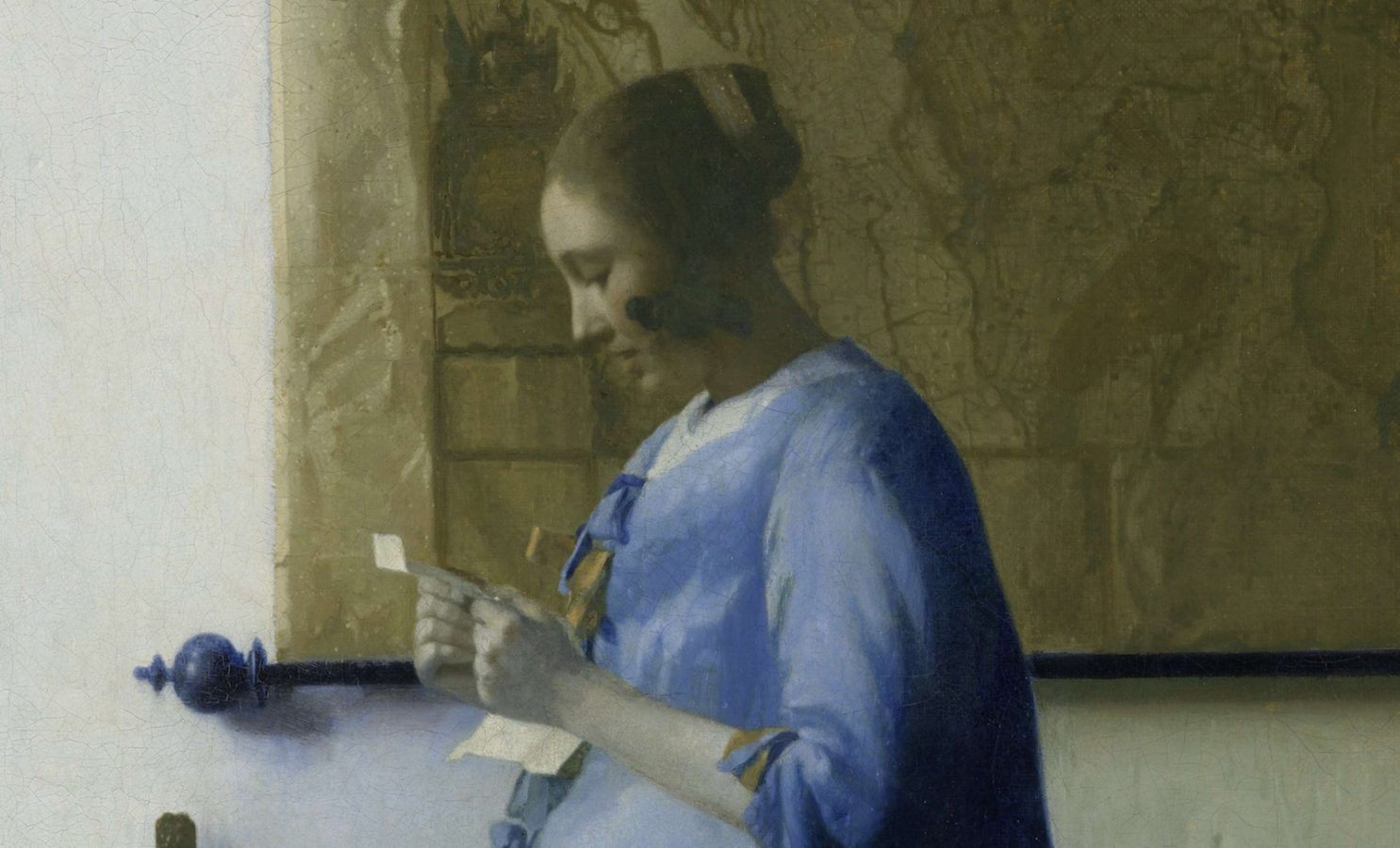 On the Johannes Vermeer‘s painting, we see a quiet, private moment. In Woman Reading a Letter, a young woman stands engrossed in reading a letter. She looks like she’s pregnant. It is a morning, and she is still wearing her blue nightrobe. The colour blue was a rarity in paintings of this period because the lapis lazuli mineral pigment needed for  blue paint was really expensive.

While we don’t know what was written in the letter, the composition of the painting is revealing. The map of the Netherlands on the wall behind the woman has been interpreted as suggesting that the letter she reads was written by a travelling husband. Alternatively, as in other paintings produced during te Dutch Golden Age, the box of pearls barely visible on the table before the woman might suggest a lover, as pearls are sometimes a symbol of vanity. 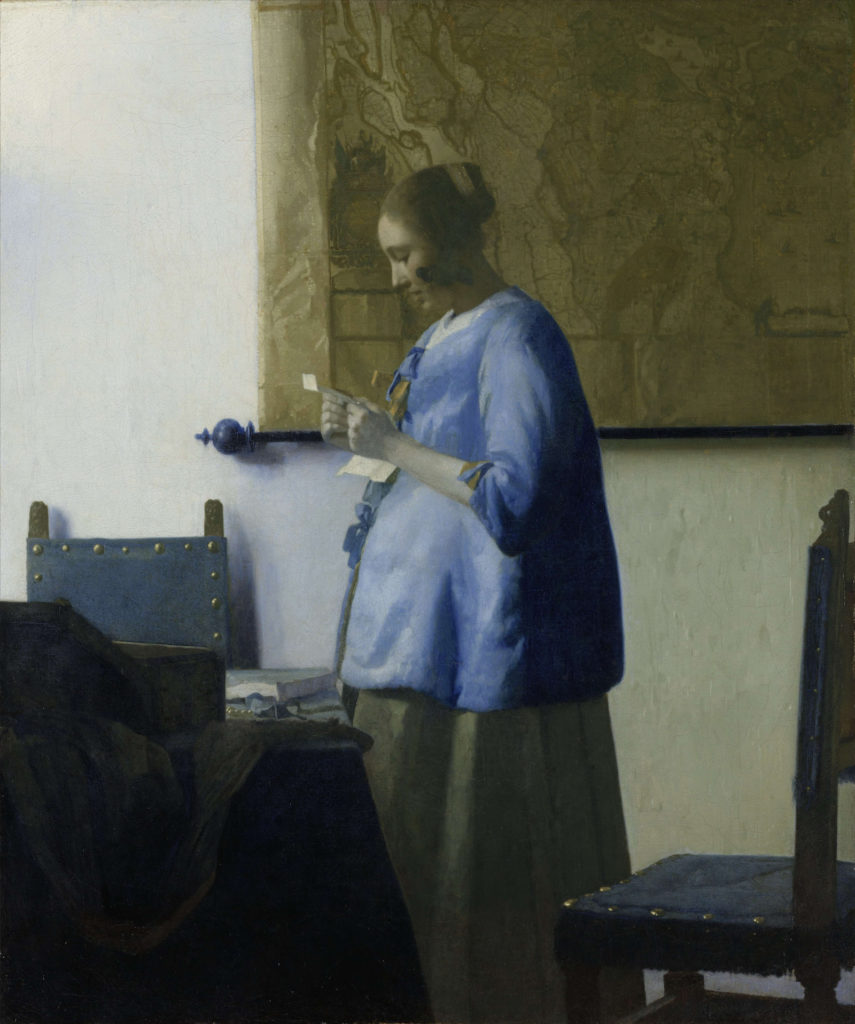 Like most of Vermeer’s female subjects, the women’s face is resigned and calm. We see no emotions here. The interior is simple with its plain table and its nailed-leather chairs which are defining the space around the woman. Vermeer was a master of interior design and he used some painting tricks. To improve the composition he made it wider. He also adjusted the balance in his painting by playing with the areas of light and shadow. X-ray photos show that the map on the wall was originally narrower. The artist also altered the woman’s jacket. Originally it was a wider fur-trimmed cloak. Vermeer made the jacket simpler and less wide.

Little is known about Vermeer, whose paintings have been hailed as some of the supreme achievements of the Dutch Golden Age. There are 35 works known to have been painted by him. The artist painted mostly domestic interior scenes – almost all his paintings are apparently set in two smallish rooms in his house in Delft. They show the same furniture and decorations in various arrangements and they often portray the same people, mostly women. He was recognized during his lifetime in Delft and The Hague, but his modest celebrity gave way to obscurity after his death. Everything changed in the 19th century when he was rediscovered by Gustav Friedrich Waagen and Théophile Thoré-Bürger.

If you are an admirer of Vermeer, you might like to read about his other remarkable paintings such as View of Delft or Young Woman with a Water Pitcher. Magda found in Vermeer’s paintings Desperate Housewives and also wrote a story about the best Vermeer’s forger and his fakes!

If you find any joy and inspiration in our stories, PLEASE SUPPORT
DailyArt Magazine with modest donation. We love art history and we want to keep going with writing about it.
$5 $10 $25 $50 $100 MONTHLY
Related Topics:featured, johannes vermeer, Woman Reading a Letter