Blues of Bablyon: The Ishtar Gate

Babylon, the ancient Mesopotamian city (modern day Iraq) existed from 18th century to 6th century BCE. Since that time its legend has generated many myths - the Hanging Gardens, the Tower of Babel, and biblical interpretations added to the mystery of the city. With Babylon's Ishtar Gate we are able to go beyond the legends and experience the art and architecture of the most vibrant and prosperous era of the city. It was so impressive a structure, that even in ancient times it was considered as one of the Wonders of the World. 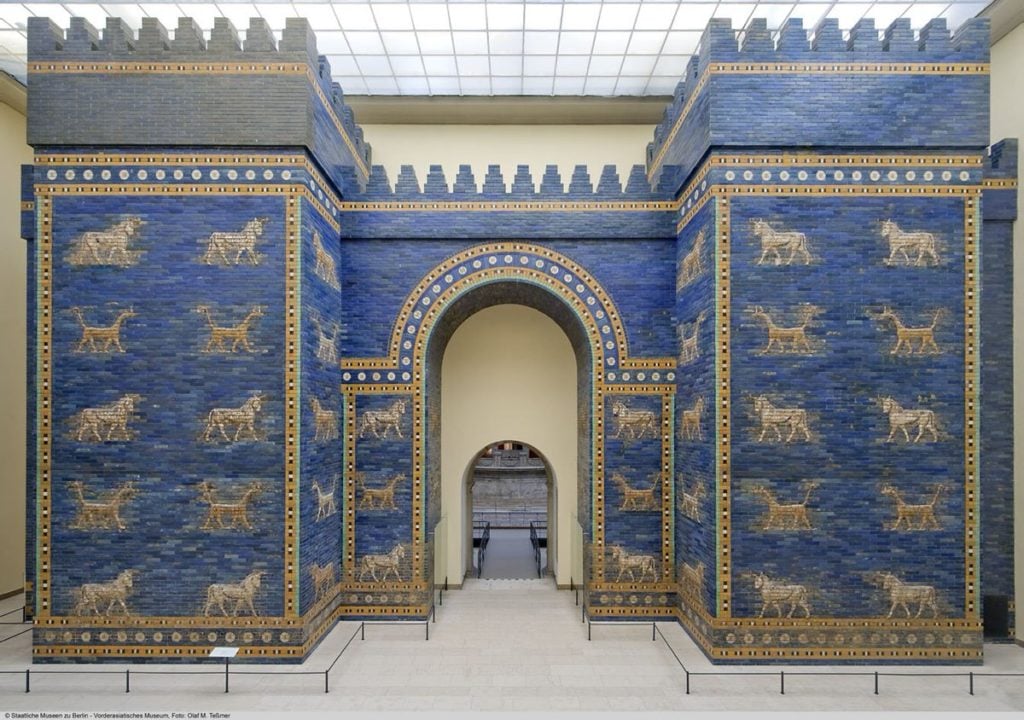 Ishtar Gate of Babylon. 575BCE. Pergamon Museum, Berlin. Source: Twitter @textcultures[/caption] The Ishtar Gate is a prime example of art and architecture of the Neo-Babylonian era. Even in ancient times, Babylon was known for its powerful and impressing architecture. Babylonians were very aware of their history and lineage, and it was important that their art reflect this dedication. Mythological characters with magical qualities and representations of gods and kings were common themes of art. A primary medium of the time was bricks with various colored glazes, and they were very skilled and adept at these techniques. [caption id="attachment_17662" align="aligncenter" width="1000"]

Detail of lions along the gate. Photo by Josep Renalias[/caption] Constructed in 575 BCE during the reign of the revered King Nebuchadnezzar II (605BCE-562 BCE), the Ishtar gate was the 8th gate to the city and the main entrance. As the name suggests, it was dedicated to Ishtar - the goddess of fertility, love, war and sex. Numerous other symbols associated with other gods line the walls, but Ishtar is the primary associated with the gate. Most famously, the entire facade was covered in bright cobalt blue tiles, which shone like jewels under the bright sun. Originally thought to be lapis lazuli covered, this is now debated among experts how the lustrous sheen was accomplished. [caption id="attachment_17664" align="aligncenter" width="683"] 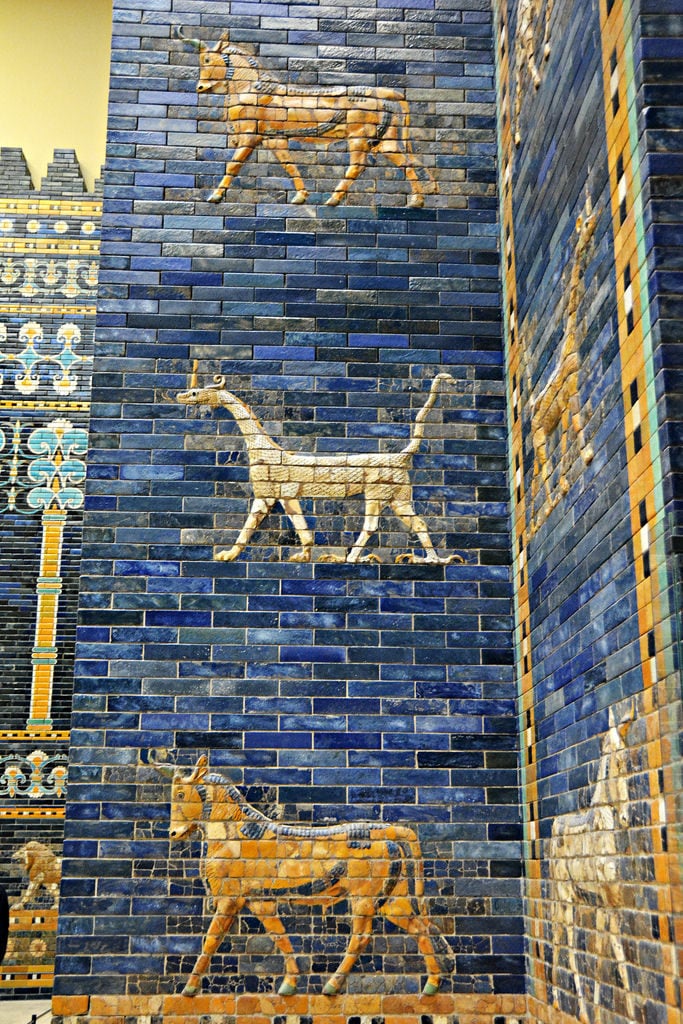 Detail of bulls and dragons. Source: Flickr: ILRI.[/caption] Hundreds of bas-relief animals in yellow and brown brick representing other important deities line the walls of the gate and processional way. As with human figures of the time period, these animals are depicted in profile. The lions represent the king and war - important symbols of Babylon, bulls are for Adad the weather god, and the snake-dragon for Marduk, the chief patron god. Babylon was the home of Marduk. These figures also served as a message that Babylon was a protected, powerful and important city. Babylonians saw their city as a paradise with Marduk as a source of this power. This reverence traveled across Mesopotamia. The gate walls stand 15 meters (50ft) high and is attached to a processional boulevard that extended about a kilometer (half a mile) in length and was 21 meters (70 ft) wide. The processional way was most important for the Festival of Marduk. This was a yearly festival where the statue of the revered god was paraded through the streets. [caption id="attachment_17659" align="aligncenter" width="1000"] 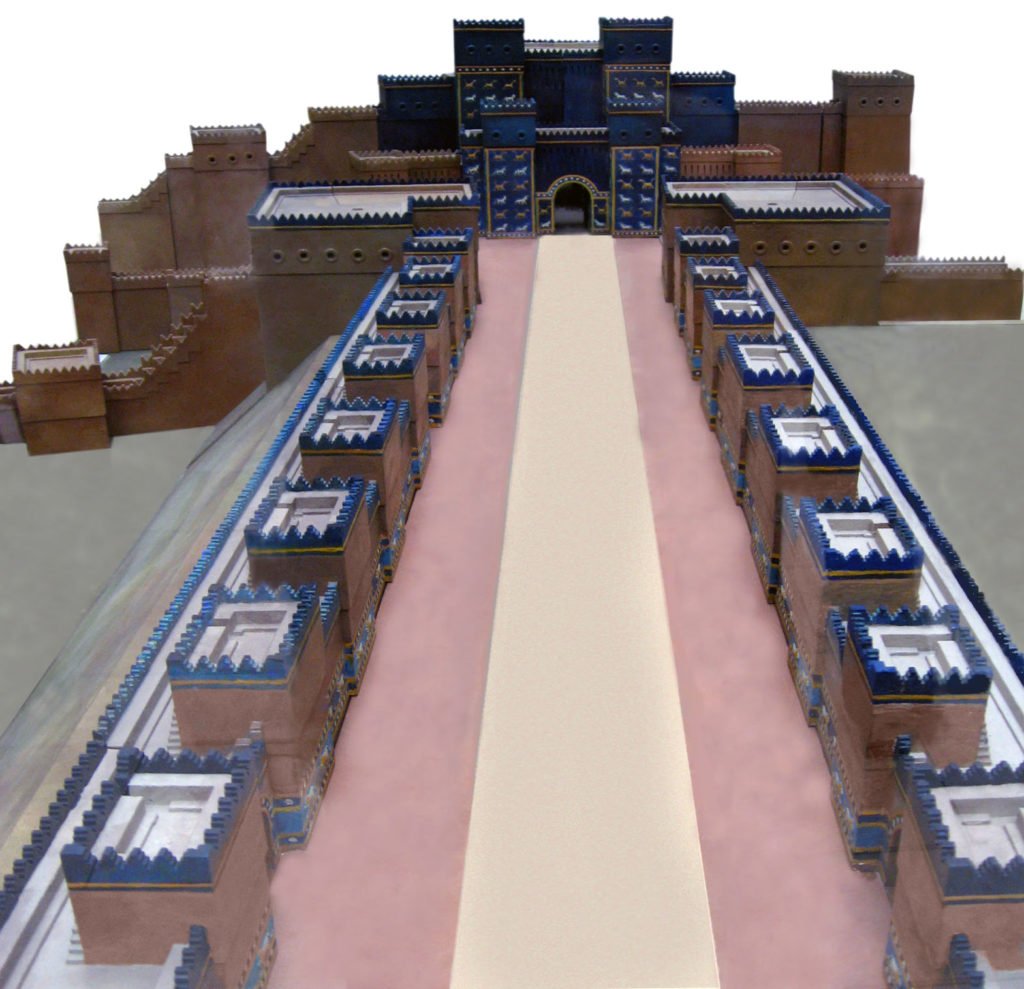 Reconstruction of the Ishtar Gate and Processional way. Source: Cultural Travel Guide[/caption] The gates of Babylon were discovered by Robert Koldewey of the German Oriental Society. Excavation lasted from 1902-1914 when World War I put a halt to the work. Later in the 20th century, work was able to continue. The bulk of the structure resides at the Pergamon Museum in Berlin, Germany. The gates were so massive that multiple museums (including several in the US, Istanbul and Paris) throughout the world house portions of it. 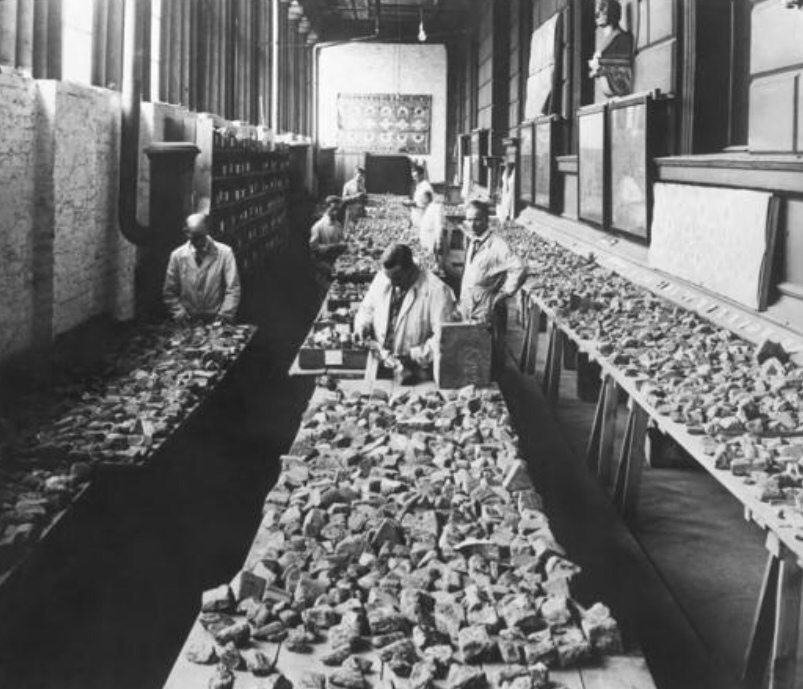 King Nachbuchanezzar II was one of the most influential and transforming kings of Mesopotamia. It was his vision to create the most central, powerful cosmopolitan city. He beautified the city with building projects and art, focused on intellectual pursuits and enlarged the army and territory. His inscription on the Ishtar Gate reads: "I (Nebuchadnezzar) laid the foundation of the gates down to the ground water level and had them built out of pure blue stone. I covered their roofs by laying majestic cedars length-wise over them. I hung doors of cedar adorned with bronze at all the gate openings. I placed wild bulls and ferocious dragons in the gateways and thus adorned them with luxurious splendor that people might gaze on them in wonder." [caption id="attachment_17658" align="aligncenter" width="800"] 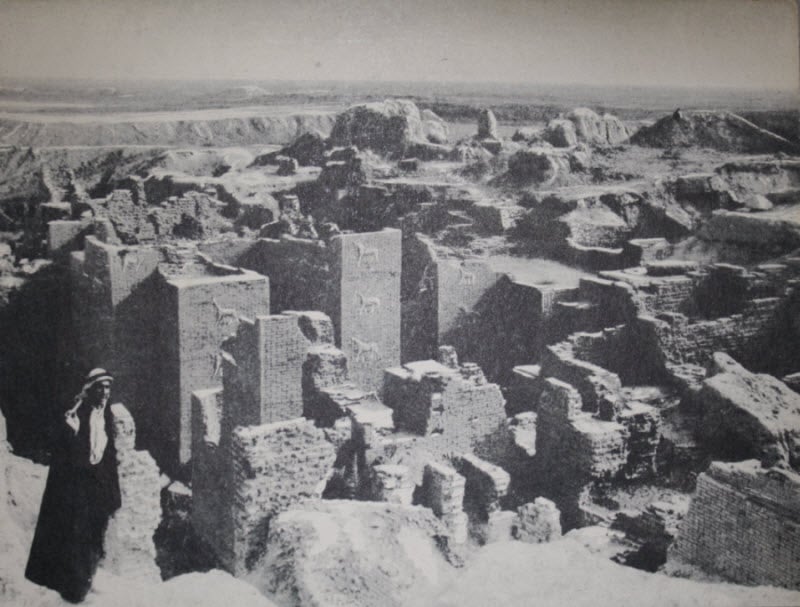