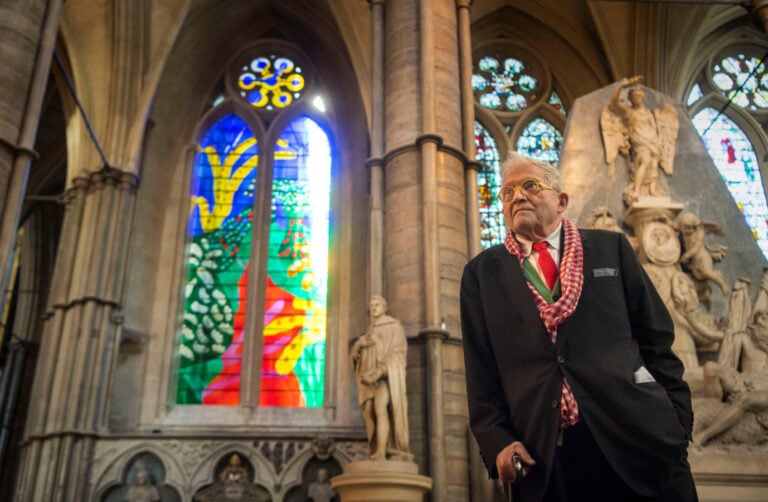 David Hockney and the Queen’s Window, Victoria Jones/Pool via Reuters.

David Hockney is an artist who lately, while creating his works often reaches for... his iPad. A coloured window designed on a tablet has been unveiled at Westminster Abbey. It shows blue skies and a red country path through blossoming Yorkshire Wolds hawthorn and is celebrating Elizabeth II’s reign. The stained-glass window has been installed in the north transept, above the statues of former prime ministers including Peel, Gladstone and Disraeli. The window measures 8.5 metres high and 3.5 metres wide and was created by a team of 10 craftspeople at Barley stained-glass studio in York. The Queen’s Window (this is how the masterpiece is called) replaces what was mostly blank 19th-century glass. [caption id="attachment_16158" align="aligncenter" width="683"] 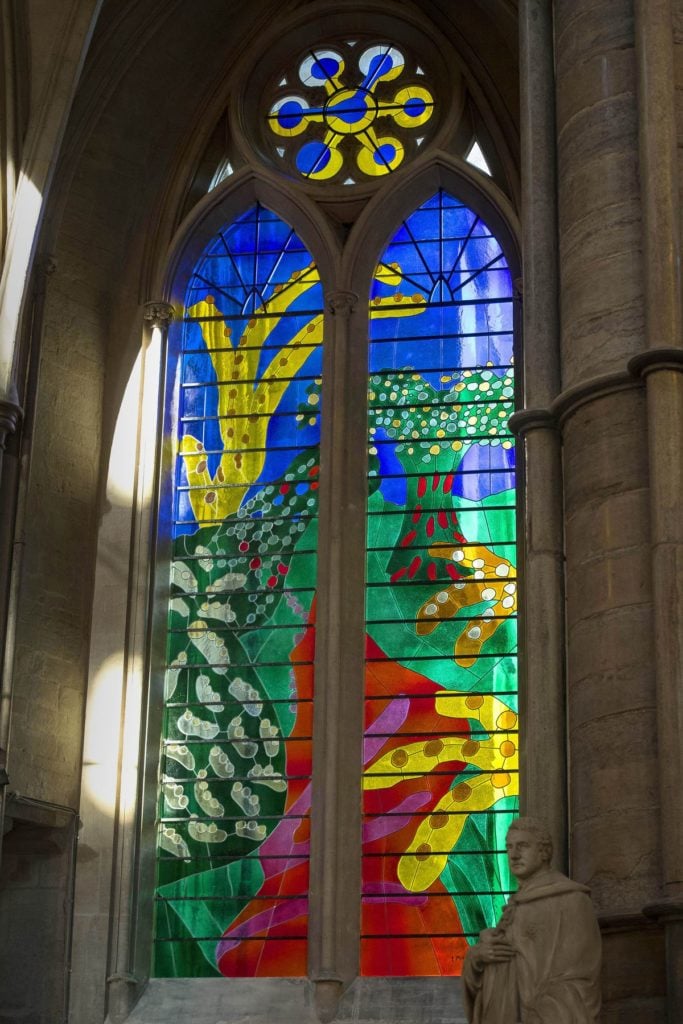 The Queen's Window. Image: AFP/GETTY IMAGES[/caption] The 81-year-old Hockney, known for his brightly colored pop artwork and sad pool scenes was asked to design “something symbolic or representational of the subject”. And according to the abbey's official statement, “The subject reflects the queen as a countrywoman and her widespread delight in, and yearning for, the countryside”. It was the first work of Hockney made in glass, but not the first one created on an iPad. “The iPad is back-lit like a window. It’s a natural thing to use,” Hockney told to The Telegraph newspaper. The artist is widelu known of his digital compositions. But, the most important question is - did the Queen like it? The dean of Westminster said the Queen would appreciate the window. She had seen a sketch of the window but the dean said gauging her enthusiasm had been tricky. “The Queen very often doesn’t given you a very strong reaction,” he said. Anyways, we interpret this as "I like".