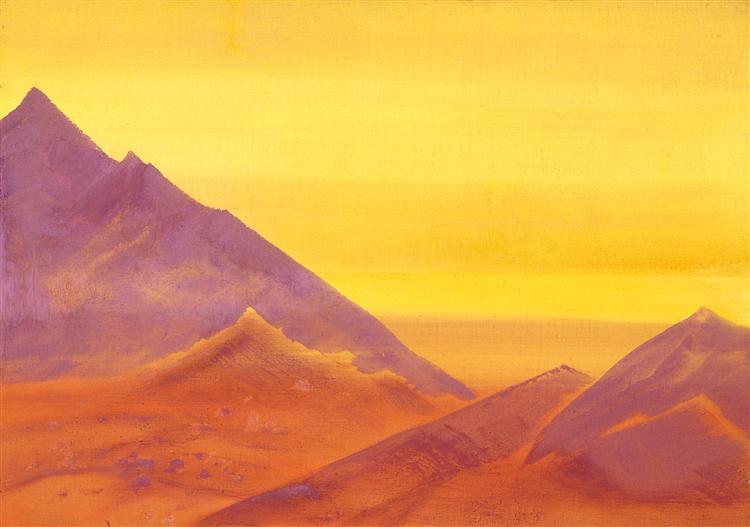 We’ve been chatting with Kate what elements of nature bring us hope. She suggested rainbows but the first I thought of was sunrises. I don’t know if you also have it, but seeing a sunrise is a magic moment to me. A moment which always promises a new beginning and hence it is a perfect symbol of hope. These are the most beautiful sunrises for hope in art!

The morning sun in its glory

Vincent was documenting the sun rising over the wheat field in different seasons and times of the day in a series of oils between May 1899 and May 1890. At that time he was staying at the asylum in Saint Rémy de Provence from where he had a view on the enclosed wheat field and distant mountains. Van Gogh wrote to his brother Theo,

“Through the iron-barred window I see a square field of wheat in an enclosure, a perspective like Van Goyen, above which I see the morning sun rising in all its glory.”

The golden light over the new lands

Albert Bierstadt is most known for his landscapes of the United States. His parents moved there, to New Bedford, Massachusetts, when he was about two years old. He returned to Germany for four years to study in Dusseldorf, where he practiced painting Alpine landscapes. After he returned to America, he joined an overland survey expedition which allowed him to travel westward across the country and paint its romanticized lands.

This watercolor was made during Turner‘s first visit to Venice which inspired him with its lavishing palaces and shimmering waters, perfect to be captured by his luminous painting. He returned there two other times, in 1835 and 1840, capturing the life and beauty of the surrounding lagoon in works which are pure meditations on light and colour.

There had been various themes recurring throughout Turner’s long career, one of them being the sun, and in the 1840’s Turner switched from sunsets he had been painting before to capturing sunrises. He even purchased a number of houses on the water to watch the effects of the new light on the water surface, what he called the “yellow morning” invading the “gray dawn.”

Possibly the most controversial sunrise that ever took place. The visitors who attended the first Impressionist exhibition, which took place in 1874 in Paris, claimed they could not say what the painting showed. Although Monet depicted the port of Le Havre, he himself stated that “it really can’t pass as a view of Le Havre,” but rather an impression he had while looking at the place. From this word, impression, the critic M. Louis Leroy wrote a now famous review in Le Charivari in which he derisively used the term “Impressionist.”

When I first looked at Pissarro‘s sun, I thought I saw a smiling face. And no, I did not think of the Teletubbies at all.