Farinelli- The Best Castrato In Portraits 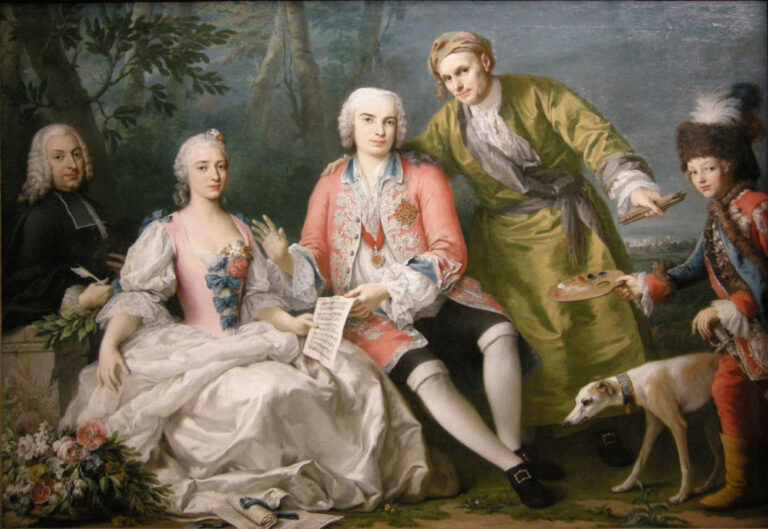 What does ‘castrato’ mean? ‘Castrati’ (ital.pl) were male singers who had been castrated before puberty to retain the so-called ‘voce bianca’, that is unmutated voice, which therefore was neither female (soprano/alto), nor male (tenore/basso). They were most common in Italy, since it was the cradle of opera, and Farinelli was the most famous castrato of them all. Ladies and gentlemen: Farinelli in portraits!

Carlo Broschi, called Farinelli (1705–82), was born in Naples as the nephew of Cristiano Farinelli, the composer and violinist, whose name he later took. His voice possessed seven or eight notes more than those of ordinary singers and was sonorous, equal and clear. These qualities let him become famous very quickly throughout southern Italy, he was known as il ragazzo (‘the boy’). In 1722 he made his first appearance in Rome, and from there he traveled across Europe. He arrived in London in 1734 and he stayed in England for three years. Then he set off to Spain.

This portrait presents Farinelli in the early 1750s, at the culmination of his career. He sits among friends Teresa Castellini, the prima donna of the Madrid opera, Pietro  Metastasio, Farinelli’s lifelong friend and the librettist for many of his performances, and the artist himself, in the act of ‘completing the portrait’. Jacopo Amigoni was a Venetian painter who in 1747 accepted the appointment as court painter to Ferdinand VI of Spain, probably at the suggestion of Farinelli, who had been working in Madrid since 1737.

His voice as a cure

He was supposedly employed by the queen to cure Philip V of his melancholy madness: for ten years, night after night, he had to sing to the king the same six songs, and nothing else. After the accession of Charles III, Farinelli retired with the fortune he had amassed and moved back to Italy. He spent the remainder of his days in Bologna in melancholy splendour, dying on the July 15th, 1782.

You can also watch a film about the artist, called Farinelli – an internationally co-produced biographical drama directed by Gérard Corbiau.