March = Women’s History Month, and this is the next story about a remarkable, contemporary artist named Maria Anto (Maria Czarnecka). Anto was a late 20th-century Polish painter who created a series of fantastic-realism paintings depicting animals, people and a world of surrealistic surroundings. Her pieces have been compared to artists such as Henri Rousseau, Giorgio de Chirico and Frida Kahlo. Until very recently there was an opportunity for the visual appreciation of her works at the Zachęta National Gallery in Warsaw (which ended February 4, 2018). It was the biggest showcase ever of her works from the 1960s and 1970s. While that exhibition is now over, stay with us to enter the make-believe world of Maria Anto. Anto’s paintings are mostly characterized by dark colors illuminated by bright features. The scenes and their surroundings have mysterious auras, altogether creating something extraordinary: a marvelous combination of realism and surrealism, as realistic scenes are intertwined with magical effects and intricate details. [caption id="attachment_10132" align="aligncenter" width="940"] 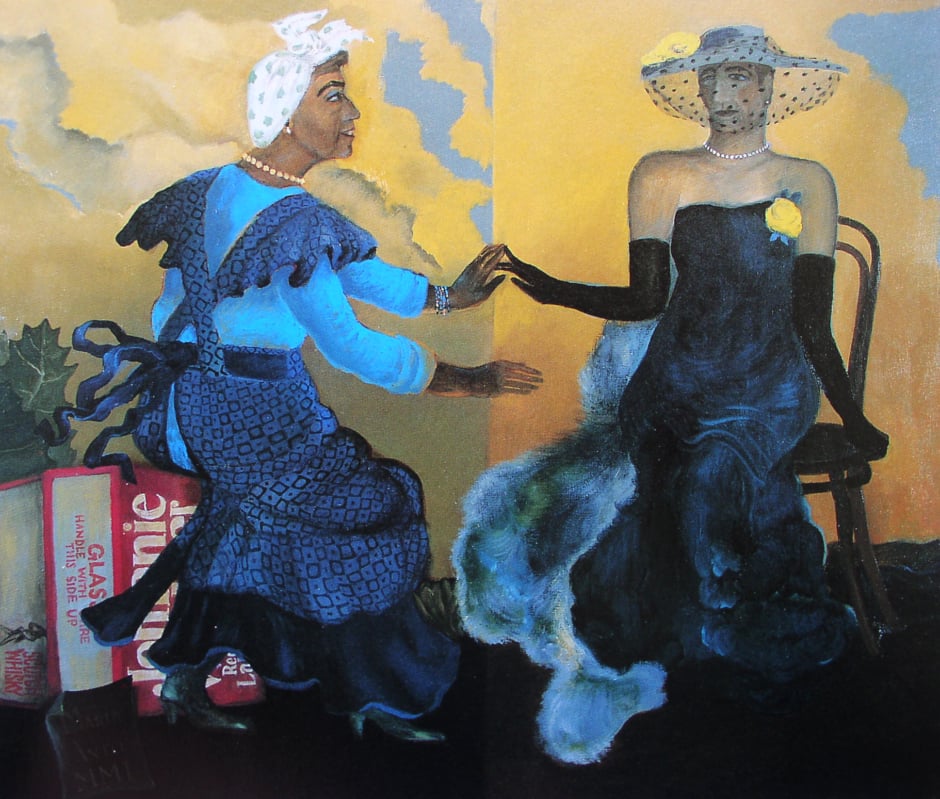 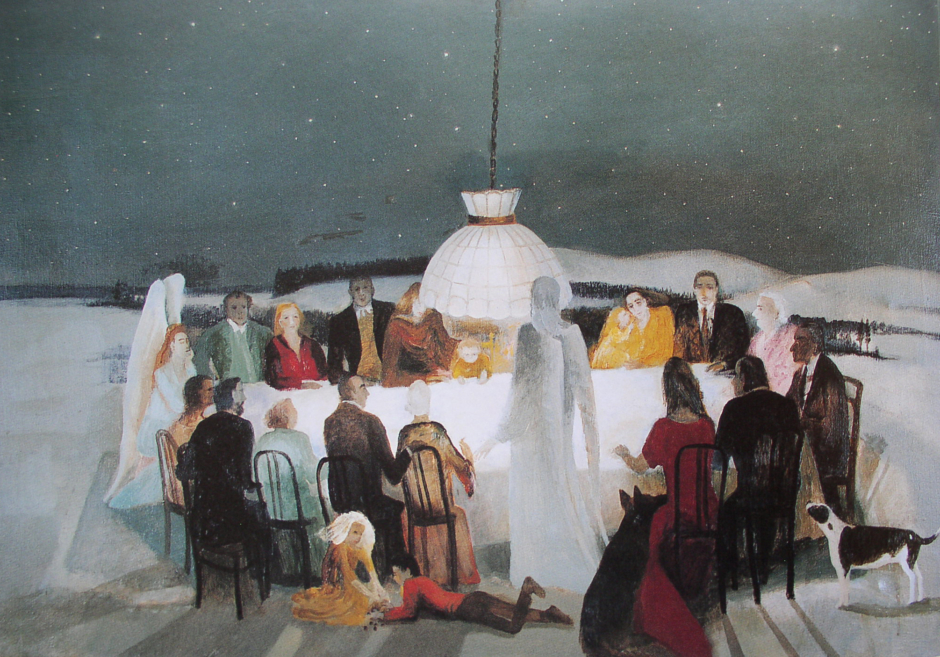 At the table, Maria Anto, 1986, location unknown (private collection?)[/caption] Anto also painted portraits of herself, her daughters and other members of the family. In addition, she is known for depicting animals like owls, cats or unicorns, both in a realistic and surrealist style, depending on the painting. The artist had experienced a great deal of trauma in her childhood, having been raised during World War 2, and this event had an impact on the art she created. Her paintings combine an original point of view and a bright imagination, tempered by a dose of negativity based on her early life experiences. [caption id="attachment_10134" align="aligncenter" width="960"] 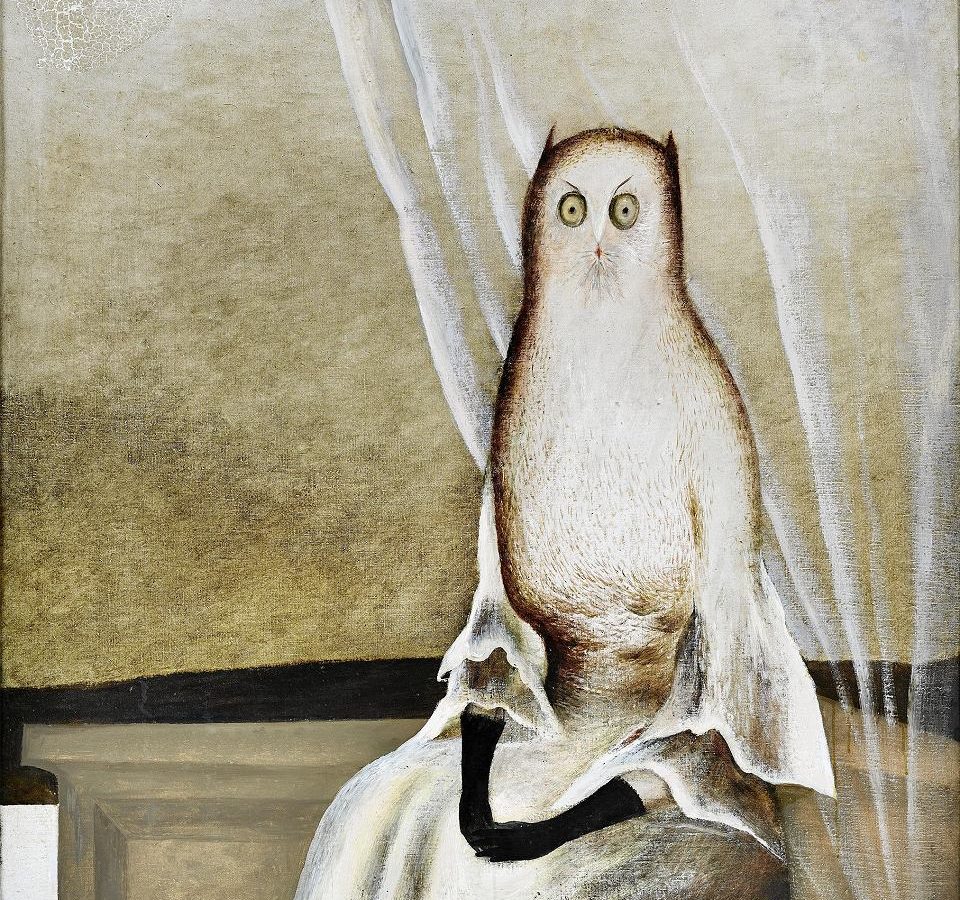 Owl, Maria Anto, 1969, Private Collection[/caption] The extravagant painter (during the darkest communist times she was driving a Jaguar on the narrow Polish roads) was known as an erudite and socialite who hosted anti-communist gatherings of dissidents and artists in her home and atelier, exhibited 70 times in her home country, was connected with the Cortina gallery in Milan, and in 1963 attended the Biennale in Sao Paulo, Brazil – no small feats for an artist based behind the Iron Curtain. Although she did dedicate a lot of her time to art, she did not sacrifice any important matters in life because of it. She even once said: "The fact that I am a woman increases my possibilities when it comes to expression, but also involves more demands on my time and energy. I could not give up my home for painting. If I had no choice, I would stop painting (...)". [caption id="attachment_10432" align="alignnone" width="1000"] 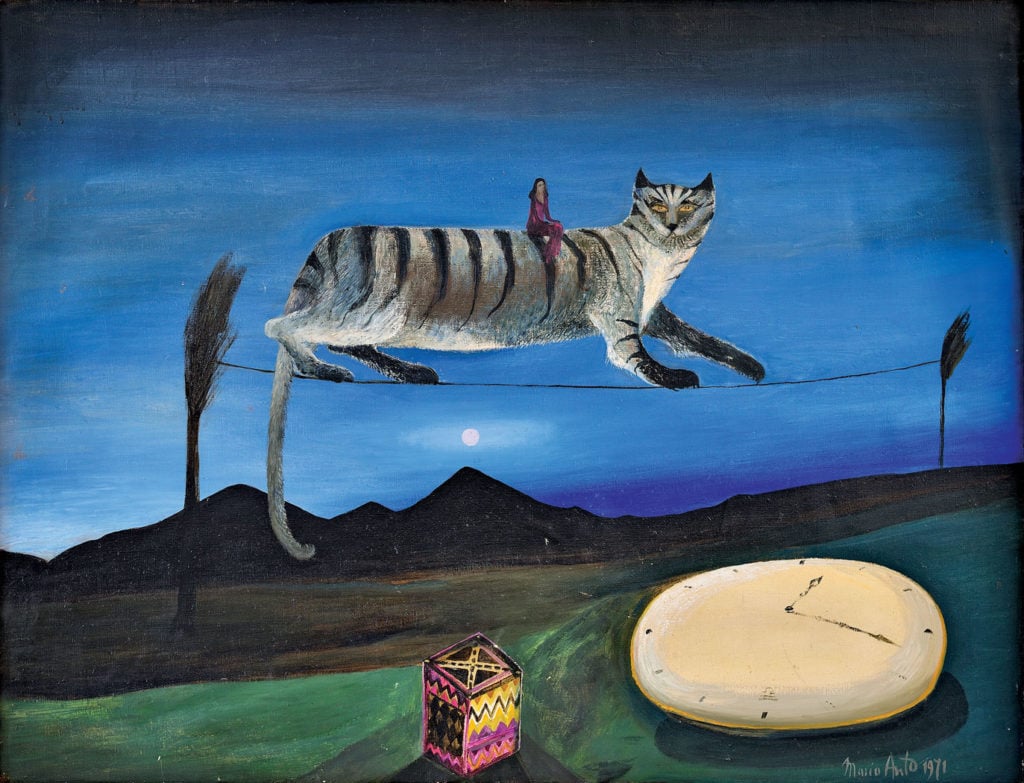 Cat, Maria Anto, 1974, location unknown (private collection?)[/caption] Anto’s individual style is one of the most recognizable among Polish fantasy realism. Her art is often called “naïve” by critics, but that would appear to be a simplification and misinterpretation. In fact, her pieces are emotional and thought-through. It is worth delving deeper into her works to discover their true, optimistic yet sometimes haunting messages. Mario Anto, the painter who described her art as feminine, will be remembered for her own unique style, which can inspire us as a prime example of the fantastic-realistic school of painting. The artist died in 2007 and was buried in a family grave in Warsaw, Powązki.