Everything You Must Know About Parmigianino 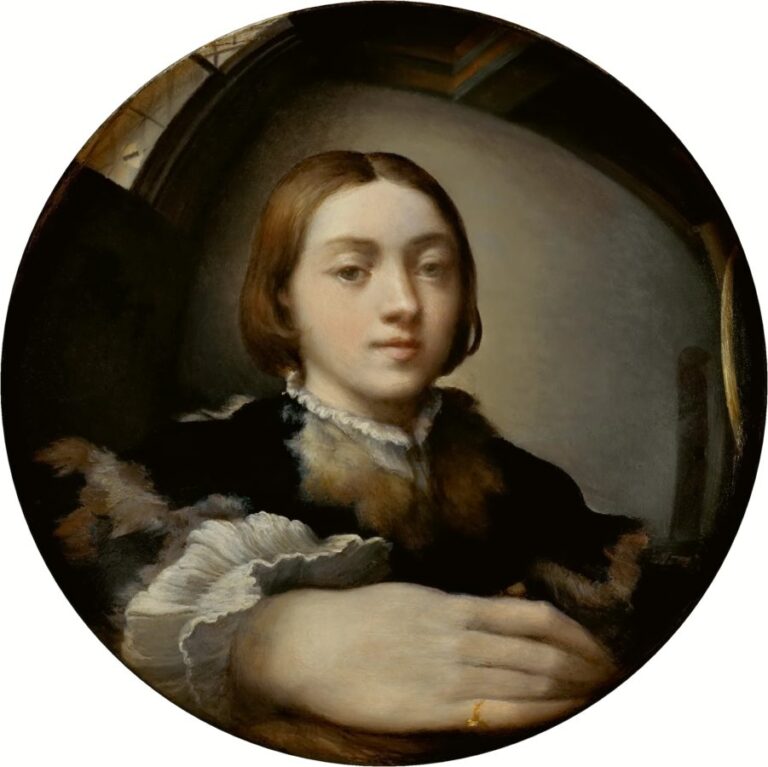 Parmigianino (Girolamo Francesco Maria Mazzola) was born on this day in 1503. Happy Birthday!

This great Italian Mannerist painter and printmaker was active in Florence, Rome, Bologna, and his native city of Parma. His work is characterized by a "refined sensuality" and often elongation of forms. Well... it's Mannerism:

His father and uncles taught him the techniques of painting, and by age sixteen he had already completed an altarpiece for a local church. Talented boy!

He painted a number of important portraits, leading a trend in Italy towards the three-quarters or full-length figure, previously mostly reserved for royalty.

Following the Sack of Rome in 1527, Parmigianino escaped to Bologna, but within three years he had returned to Parma, where he received a commission to paint frescoes in another church. At this time, according to some accounts, Parmigianino became a devotee of alchemy, transforming himself into a lunatic and completing little work at the church. He also created one of the most famous self-portraits in art history.

He was imprisoned after nearly a decade of slow progress but escaped. He died in 1540, when he was only 37 years old.

Scholars believe that Parmigianino was the first Italian artist to make etchings, and his work significantly influenced the art of printmaking.  Though the techniques of printing the copper plates required special skills, the ease with which acid, as a substitute for ink, could reproduce the spontaneity of an artist's hand attracted Parmigianino. He o also designed chiaroscuro woodcuts, and although his output was small he had a considerable influence on Italian printmaking. Some of his prints were done in collaboration with Giovanni Jacopo Caraglio.

While his portable works have always been keenly collected and are now in major museums in Italy and around the world, his two large projects in fresco are in a church in Parma and a palace in a small town nearby. This in conjunction with their lack of large main subjects has resulted in their being less well known than other works by similar artists.