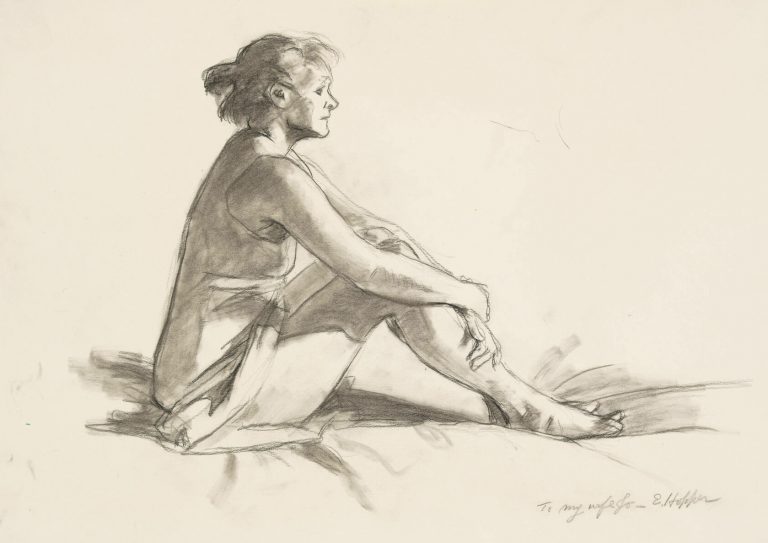 Edward Hopper observed the fleeting moments of life for more than a half-century. His paintings became legendary – their simple realism holds secrets, layers of meaning, and hinted-at narratives floating beneath the surface. They make us want to know more, to finish the story. For all these paintings, he created plenty of preparatory drawings. Whitney Museum of American Art owns over 2,500 of Edward Hopper’s drawings bequeathed to the museum by his wife Jo. 2,500! Some of them you can see below. Magnificent, aren’t they?

Edward Hopper lived with his wife Jo in a spare walk-up apartment and adjoining studio near Washington Square, rarely traveling except for summers spent in New England. Along the way, Hopper produced such icons of American art as Nighthawks (1942), the definitive American painting of a late-night diner; Rooms for Tourists (1945), the mysterious Victorian house that has influenced several generations of noir filmmakers; and Office at Night (1940), which continues to intrigue us with its sense of drama frozen in time.