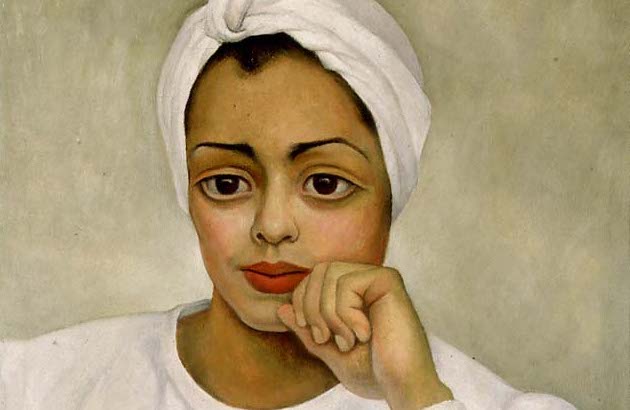 With over 12,000 works of art—including paintings, sculptures, drawings, and prints—the Andrés Blaisten collection is considered the world’s largest and most complete collection of Mexican art. This brilliant collector managed to gather and organize the best pieces by Mexican artists from early colonial times through to contemporary art, with an emphasis on 20th-century stars like José Clemente Orozco, Diego Rivera, Frida Kahlo, and Maria Izquierdo. We had a great opportunity to talk with Mr. Blaisten about his great admiration for art and his spectacular collection.

Andrés Blaisten is a Latin American entrepreneur and art collector. Originally from Argentina, since an early age he has lived in Mexico and this country became his home. He studied painting at the Academy of San Carlos in Mexico City and at that time already started collecting art by acquiring artworks from fellow students and professors. It quickly became clear that he had a good eye for excellent pieces.

The collection started by Blaisten was organized and systematized relatively quickly. The owner clearly knew what he is aiming for from an early beginning. With over 12,000 works of art including paintings, sculptures, drawings, and prints, the Blaisten Collection is considered the world largest and most complete collection of Mexican art.

The collection remains private but in 2007 Blaisten signed a partnership agreement with Mexico’s National Autonomous University to form a museum called the Blaisten Collection Museum within the Tlatelolco Cultural University Center. For a period of five years a considerable part of the collection was exhibited permanently to the public, along with other temporary exhibits curated with the Blaisten Collection as a starting point. Parts of the collection were shown in several museums abroad, e.g. Meadows Museum in Dallas, in 2012.

In 2002 a virtual museum was created, where the whole collection is gathered online for admirers and researcher from all over the world.

KW: The Andrés Blaisten Collection is one of the greatest collections of modern Mexican art. How did it all start?

AB: The collection started in the late 1970s and I started buying works by painters from that time. Several of them were my fellow teachers at the National School of Plastic Arts where I studied. Then I decided to start acquiring the works of artists that interested me from the first half of the 20th century in Mexico.

KW: Where does your love for art come from?

AB: In my adolescence, I began to have an interest in going to museums and exhibitions and from there I’ve decided to study as a painter at the National School of Plastic Arts.

KW: What is the main focus of the collection?

AB: It is the modern art of Mexico and it focused on artists whose work is inspired by the search for national identity, but outside of the state policies that sponsored muralism.

KW: Who are your favorite artists (generally, not necessarily from the collection)?

AB: In painting I enjoy excellence in execution and the communication that the artist establishes with the viewer. Agnolo Bronzino, El Greco, Miguel Ángel and Alfonso Michel.

KW: What are your favorite artworks from the collection?

AB: I have no favorites from the collection. I consider all of them of excellent quality and I consider them sisters in terms of predilection.

KW: Is there a masterpiece that you still dream of buying?

AB: I have learned over time not to dream and consider the purchase to the extent of the availability of works in the market and my possibilities.

KW: In the collection there are a significant number of artworks made by women, is there a special idea behind this?

AB: No, there is no special idea. They were acquired for their quality and conceptual excellence regardless of gender.

KW: Among them the great painter María Izquierdo seems to have stolen your heart, given that the collection holds many masterpieces of this forgotten artist. Would you agree that Frida Kahlo unfairly overshadowed her oeuvre?

AB: María Izquierdo, like many other painters, has interested me because of her quality and over the years she has formed an important contingent of her work. Frida Kahlo has not overshadowed the work of Maria Izquierdo. They are very different artists who have been recognized at different times in history. Even Maria Izquierdo was much more recognized in life than Frida Kahlo. The Frida Kahlo phenomenon is from the last 30 years.

KW: How/where is it possible to see the Andrés Blaisten Collection?

AB: The Blaisten Collection has a website where you can see the work in thematic sets by way of rooms or by artist. You can also see works in national and international museums when they ask us for a loan so that they can dialogue with other collections.

KW: Will Europe have a chance to see your collection in all its glory soon?

AB: I would love to, but at the moment there has not been any museum that has expressed interest in presenting my collection.

Jenna Ransom is a contemporary painter whose work is guided by intuition and imagination. Abstract visions of lively, ambiguous shapes and familiar...

Grove Square Galleries in London is hosting the exhibition Arcadia until February 5th, 2022. Reflecting upon the evolving ideal of a perfect world,...