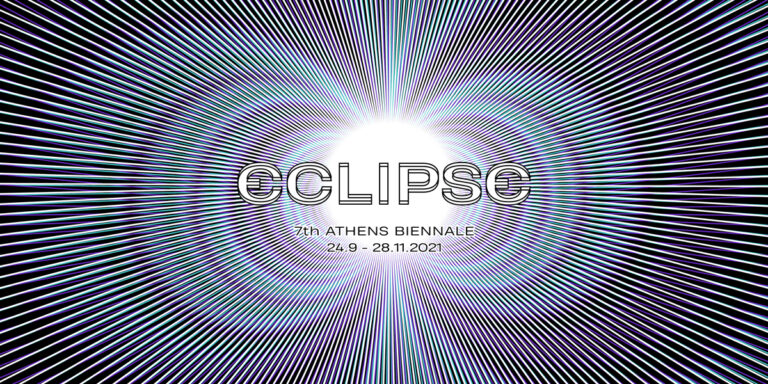 For the last decade, Athens has been participating in the international art scene by organizing unique exhibitions and events with world-known artists. The Biennale is, of course, part of this artistic discourse and it brings out the city’s concerns and cultural evolution. This year’s Biennale marks the seventh in a row. Its name is ECLIPSE. Just like the solar event that causes fear and wonder in people, the Biennale aims to bring awareness to the audience about very specific issues to initiate social change. ECLIPSE artists come from all around the world: Europe, the Americas, the Caribbean, and Africa. The Biennale takes place from September 24 to November 28, 2021, in three different ghost buildings that accentuate Athens’ rich, multifaceted heritage and art history.

ECLIPSE was conceived as an idea before COVID-19. However, the pandemic did not allow it to happen. Nevertheless, the concept remained and today ECLIPSE is more relevant than ever. Poka Yio, the artistic director, said in an interview:

“Historically, the eclipse made people worry. To fear of what is coming. Most of the times it was a bad omen. A sign. I believe we are going through a period in which many of the things we conquered the last years, such as freedom, democracy and others, are being suppressed. Therefore, we will start seeing new collective visions coming to the surface. In order to give birth to the new, we need to doubt. When you doubt, you are in a place where you have lost your balance. Art is a good dowser, that searched to find the source of what is coming. To see what will happen.”

More than 80 Greek and foreign artists participate in ECLIPSE. The curators, Omsk Social Club and Larry Ossei-Mensah, tried to orchestrate a discussion on marginalized voices to create a different perspective of art. Black, queer, futuristic, and radical artists use different means of creating art, such as sound and video, light, and performance, to draw attention to social topics such as immigration, politics, and the public space during the pandemic.

The Ghost Buildings of ECLIPSE

There are three main buildings in this year’s Biennale. These are abandoned buildings, two of which formerly housed a department store and a court, and the third is Sina Palace, a building that looks like a haunted madhouse. The main exhibiting area is the former department store, Fokas, which symbolizes Greece’s bankruptcy and a meta-capitalistic era. The courthouse was once Santaroza Court. It is one of the oldest neoclassical buildings in Athens and built upon the establishment of contemporary Greek democracy.

There are also two more buildings, the Schliemann-Mela Palace and Onassis Stegi. The first one is a neo-baroque building, designed by Heinrich Schliemann during the 1880s. It was a means to give a cosmopolitan aesthetic to the city of Athens. The Schliemann Palace has housed many iconic and historical services over the years, but it was too gradually abandoned. Last but not least, the Onassis Stegi is a contemporary cultural center that organizes various artistic events.

The vast majority of exhibits are sculptures and installations. The absence of paintings is intentional, as the artistic director and the curators wanted to focus on more vivid artistic creations. Thus, the visitors have direct contact with the artworks, as they feel more contemporary and ground-breaking than paintings. The main exhibition was accompanied by various performance art shows, discussions, and events that were cohesive to the theme of ECLIPSE.