Five Artist Models You Should Know About 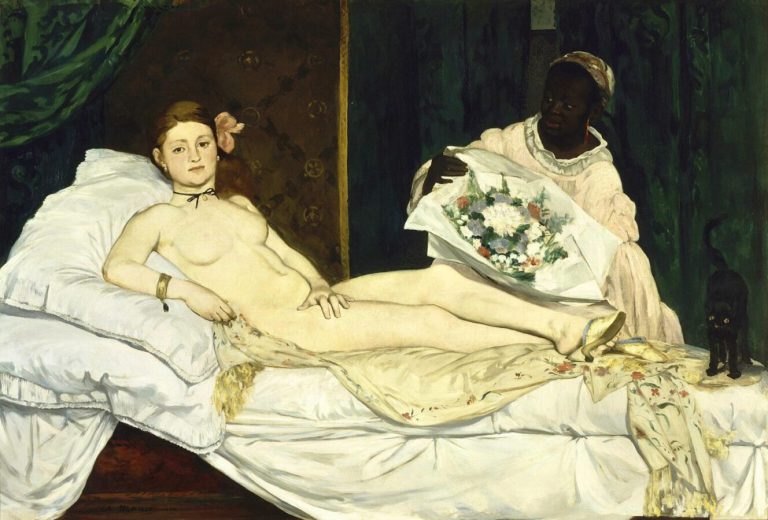 Did you know that many well-known artworks were modeled on living figures? In fact, the real stories of these famous faces are often fascinating in their own right. Read below for an introduction to five fascinating women who were immortalized by artists as models.

The daughter of a minor French nobleman, Agnès Sorel was only 22 years old in 1444 when King Charles VII declared her his maîtresse-en-titer or official mistress. The first woman in French history to hold this title, Agnès quickly developed a reputation for creating controversy.

She scandalized courtiers with her low-cut gowns. She also caused a stir when she appeared in public wearing diamonds, which at that point were forbidden to anyone but the king. No doubt the most shocking event in her brief life (Agnès died at 28) was her depiction in Jean Fouquet’s Virgin and Child Surrounded by Angels. Occupying the right wing of a larger diptych, Agnès appears in the painting as the Virgin Mary in the Madonna lactans pose. She appears dressed in blue with one breast exposed. Several clergymen protested the use of her likeness for that of a holy figure (given Agnès’s role as the king’s mistress).

Not much is known about Laure– not even her full name. What we do know is that she was a Creole woman spotted by Édouard Manet in Paris. In his notebook, he wrote she lived at “rue Vintimille, 11, third floor.”

She proved to be a favorite subject of his, appearing in both Music in the Tuileries Garden (1862) and the infamous Olympia (1863). In the latter in particular, Laure’s own appearance has been reduced to an accessory of the titular white sex worker. More recent scholarship, however, including a recent show at both Paris’s Musée d’Orsay and New York’s Wallach Collection, has attempted to bring more awareness to the role of artist models of color throughout history.

Born to a former slave in Jamaica in 1835, Fanny Eaton moved to London as an infant. As an adult, Eaton helped support her family (she eventually had ten children) by working as a sitter for works by members of the Pre-Raphaelite Brotherhood. By the late 1850s, she was employed by the Royal Academy of Art, where records show she earned several shillings for three sittings in July 1860. Some of her best-known appearances include The Mother of Moses (1860) by Simeon Solomon and The Mother of Sisera (1861) by Albert Joseph Moore. Aside from posing as characters in narrative works, Eaton’s regal looks made her a popular subject in her own right. Another example of her likeness is her 1861 portrait by Joanna Boyce Wells.

Loie Fuller (real name Maria Louise Fuller) made her Chicago stage debut in 1866 at age four, and thus began a life lived in performance. After 25 years touring the United States with vaudeville acts, burlesque shows, and even a stint with Buffalo Bill, Fuller made a name for herself with her ‘Serpentine Dance,’ which she performed using lengths of silk and multicolored lighting.

By 1892, word of Fuller’s innovative style carried her to Paris, where she danced at the Folies-Bergère. In 1900, she was the only woman performer to have her own pavilion at the Exposition Universelle. Eventually, Fuller became an icon of the Art Deco movement and posed for several artists throughout the early 1900s. Henri de Toulouse-Lautrec, for example, produced several works based on her likeness. She also modeled for Folies-Bergère posters. Outside of her career on stage, Fuller also experimented with stage lighting and held several patents for lighting formulae.

Audrey Munson is perhaps one of the most famous women who nobody has ever heard of. Born in upstate New York in 1891, teenaged Audrey later moved to New York City to pursue a career as a stage actress and chorus girl. In a plot twist straight out of a movie, she was “discovered” by a photographer while window shopping on Fifth Avenue. She subsequently became the New York art community’s favorite nude model.

Thanks to the attention of sculptors like Isidore Konti and Herbert Adams, within a few years Munson’s likeness appeared on monuments across the United States, from the Priestess of Culture at San Francisco’s Palace of Fine Arts to the Pulitzer Fountain in Manhattan’s Grand Army Plaza. In 1915, Munson gained further recognition as the poster girl for the upcoming San Francisco World’s Fair. Aside from a stint in silent films, Munson also later wrote articles about the role of the artist’s model and advocated for more recognition of women in the arts.

Art history undergrad, writer, and self-professed museum rat based in New York City. When not thinking or writing about art, can probably be found running, reading, or doing the New York Times crossword.