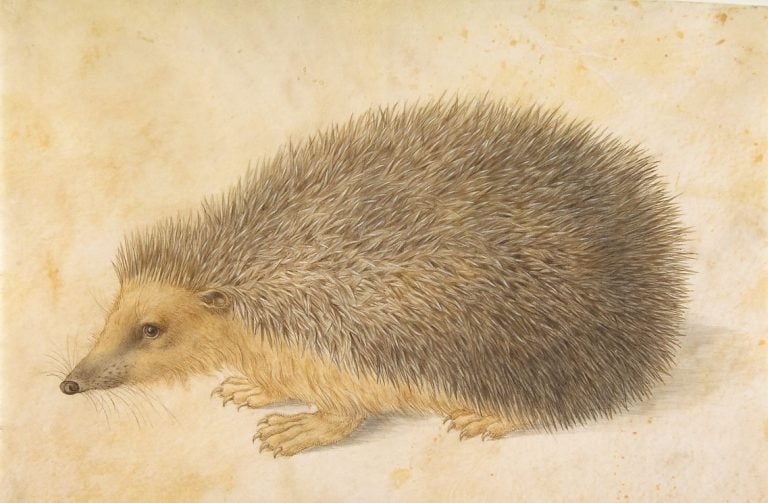 Hans Hoffmann was a 16th-century German painter and draftsman. He was an artist in the court of Rudolph II (the one who loved arts and was probably mad) and a leading representative of the “Dürer Renaissance,” characterized by watercolor and gouache nature studies copied from or based on Albrecht Dürer’s work.

Well, we know this hare from somewhere, don’t we?

Hoffmann’s imitations were so admired that a biographer described him as,

A diligent painter . . . who copied Albrecht Dürer so assiduously that many of his works were sold as Dürer originals.

In 1585, he was appointed as a court painter by Rudolf II, Holy Roman Emperor, who brought him to the imperial court in Prague. At the court, Hoffmann advised the Emperor on the development of his art collection and acquired works for him by Dürer to his famous Kunstkammer. But Hans Hoffmann, besides perfectly copying Dürer, was also a talented artist who created his own masterpieces. Especially those presenting animals. We have collected some of them in this article:

The art collection assembled by the Nuremberg citizen Paulus Praun contained more than 100 works by Hans Hoffmann. Because the collection was intact until the beginning of the 19th century, many of these works are documented.

While Hoffmann was also active as a portraitist and painter of religious subjects, he is best remembered for his highly finished drawings after nature. It’s very important because artists of that time rarely painted from nature.