Why Did Andy Warhol Love Christmas? 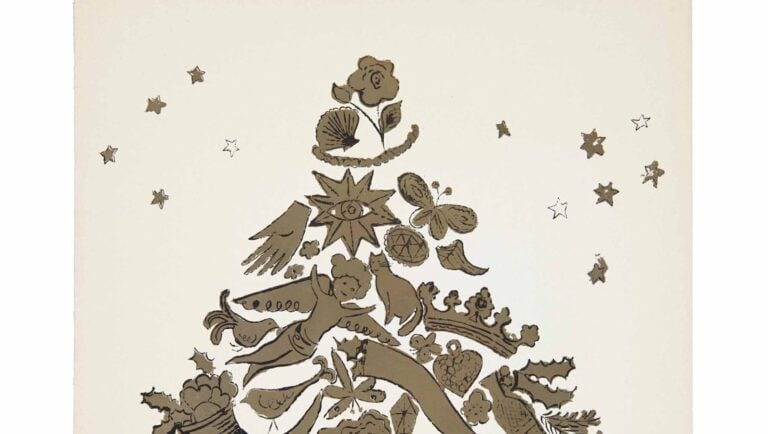 Who would guess that Andy Warhol, one of the most decadent artists of the 20th century, the owner of the controversial Factory leading a scandalous life, loved Christmas? Well, he did. A loooot.

Warhol’s parents came from the region of today’s Slovakia and as his nephew Donald Warhol admitted, Warhol “was a practicing Byzantine Catholic, and actually attended a Roman church later in his life,” adding that he “was very religious, it was a very big part of his upbringing.” Probably surprisingly for those who associate Warhol mostly with the Cans of Campbell Soup, the artist did explore his faith in his art, for example in his 1986 screen print depicting The Last Supper, or the “Heaven and Hell” series, yet as Jessica Beck, assistant curator of the Andy Warhol Museum in Pittsburgh said, these religious works are largely “under-researched”.

When Warhol began working for the Fifth Avenue temple of Tiffany & Co. upon his arrival in Manhattan from a poor part of Pittsburgh, he quickly became the new king of Christmas. In 1956 he was commissioned to design Christmas cards, in addition to the commissions for drawings of shoes and bags. His cards were subsequently published by Tiffany’s every Christmas up to 1962, the year of soup cans.

However, why did he love Christmas so much? As we know, Warhol was fascinated by popular culture and consumerism, and Christmas probably is the most Pop thing ever. Christmas is at once materialistic and spiritual, kitsch yet inviting to a more decent collective life, it’s universal and democratic, exactly like popular culture.