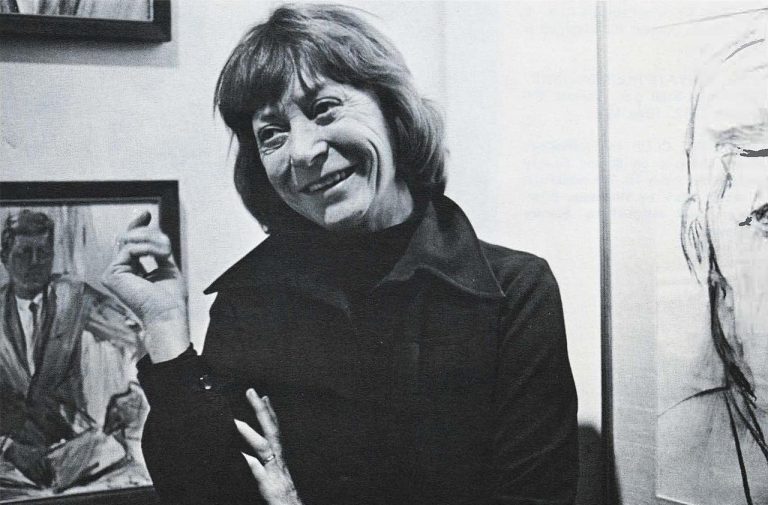 It always feels amazing to learn about new artists, especially the ones that produced abstract works. As a fan of Abstract Expressionism, I recently discovered female Expressionists that contributed to 20th-century art with their excellent work. Unfortunately, they were living and creating in the shadow of their male contemporaries. It is time to get inspired by the works of these four women artists, who were way too underrated despite their great contributions.

Alma Thomas was born in Georgia, USA, in 1891. Although she came from an intellectual family, she still faced racism during her childhood. As people of color, her family had to move to Washington, DC. This way, Thomas and her sisters could receive the education that a white person could easily receive anywhere in the country. She finished her Bachelor’s degree in Fine Arts at Howard University in 1924, followed by Master’s studies in Art Education at Columbia University. In 1972, she was the first African-American woman to have a retrospective at the Whitney Museum of American Art in New York.

Earlier in her painting career, Thomas produced a more classical style of Expressionist paintings. Later, she found her signature style, which was the richly-colored mosaic-style painting with rectangular brushstroke patterns. These fell under the category of Abstract Expressionism. After she created such invaluable works as Light Blue Nursery, A Glimpse of Mars, and Springtime in Washington, Thomas died in 1978 in Washington, DC, USA.

The painter, costume designer, sculptor, and writer Natalia Sergeyevna Goncharova was born in Tula Governorate, Russian Empire, in 1881. She moved to Moscow in 1892 to attend the Fourth Women’s Gymnasium. After graduating from the gymnasium, she was accepted by the Moscow Institute of Painting, Sculpture, and Architecture, the same institute that her father graduated from as an architect many years ago.

After graduating from the institute, Goncharova mainly concentrated on sculpting. She exhibited her sculptures in major Russian salons, gaining many awards. Later in her career, however, Goncharova grew more interested in painting. Along with Mikhail Larionov, she developed the abstract art movement Rayonism, where the artist used linear brush strokes that resembled sun rays or rays of light. Goncharova produced many paintings in Expressionist, Rayonist, and Russian Futuristic styles. In the 21st-century art market, her paintings brought some of the highest prices for works by women artists.

As the eldest of four siblings, Elaine de Kooning was born in 1918, in New York, NY, USA. As a young girl, she had an interest in sports, which, later in her life, manifested itself in the artist’s passion for motion in her works. She liked creating portraits with fast and linear brushstrokes that gave the impression of motion. Kooning was educated at Erasmus Hall High School, Hunter College, and the American Artists School. Here, she made friends with several abstract and social realist painters, which had an influence on her work later in her career.

Even though Kooning created different types of paintings, her portraits were the most prominent. She started off her career as an art critic to be able to make ends meet. Later, she improved herself as an artist by traveling to different places to teach art and get inspiration from local settings. The artist created commissioned as well as self-authorized paintings throughout her career. She embraced both abstract and figurative styles of expressionist painting. Kooning died in 1989 in New York, USA, due to lung cancer.

Aliye Berger was born in 1903 in Büyükada, Turkey. She was raised in an intellectual family of poets, ceramists, actors, and painters. As a young girl, Berger took classes in several areas of art such as painting and music. Later in her life, however, she took up engraving. This became her biggest passion but she was producing paintings and sketches as well. The expressionist style in her engravings and paintings was a way for her to channel her feelings in an authentic manner. Her art was reflective of her fluctuating emotions throughout her lifetime.

Her breakthrough happened when a local bank in Turkey organized a painting contest in 1954, with the theme “work and production”. Berger participated in the contest with her Expressionist painting Rising of the Sun, which won first place. This victory, however, caused a little controversy as the painting was found to be “not so relevant to the theme of the contest” by fellow artist friends. Berger, on the other hand, defended her award-winning work. The artist explained that in her painting, she tried to focus on the laborers that dealt with soil, sea, and sun. She portrayed the women that are carrying cubes in the lower right corner and the sponge divers that are hidden under the waves in the middle of the painting. Until her last days, Berger produced numerous paintings and engravings. The artist died in 1974 in her hometown Büyükada, Turkey.