How Yves Klein Played with Gold 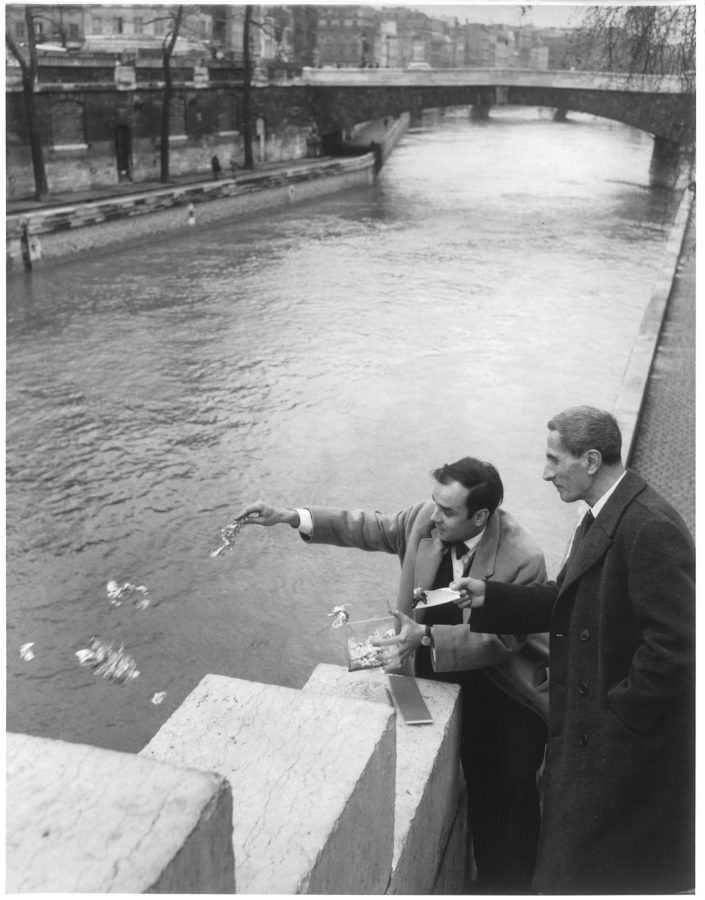 Two weeks ago, we showed you some art of Edward Krasiński whose exhibition you can see right now at Tate Liverpool. There's another great ongoing exhibition there, the one of Yves Klein.

Klein was another artist for whom blue became a trademark. It was so important in fact, that he named one blue colour that he conceived after his own name. Well, technically he made others find a technical way to make it, but who cares, it was still his pursuit that made it happen. But if things like nude models smeared with paint, pressing themselves on the canvas are not really your thing, don't worry. We've got a bit different face of Yves Klein to show you.

A funny man he was. He died at the age of merely 34, but it was enough to recently be called "the last French artist of major international consequence" by art critic Peter Schjeldahl. He was a child of two artists, yet for quite some time he was slightly more interested in pursuing career in judo. He even achieved a black belt during a year and a half he spent in Japan. 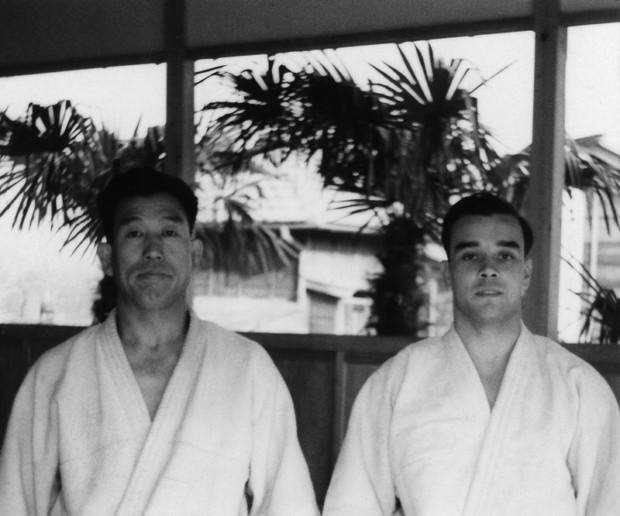 Yves Klein and Master Asami, Koshiki-no-kata, Tokyo, Japan, 1953. Source: https://www.yveskleinarchives.org/[/caption] Eagerly pursuing grandeur, sublime effects, he could conceive subtle works at the same time. Once, as he lied down on a grass with two friends, he looked at the sky and declared it to be his first artwork. For one exhibition opening he released 1001 helium-filled balloons in the streets of Paris. [caption id="attachment_2669" align="aligncenter" width="620"] 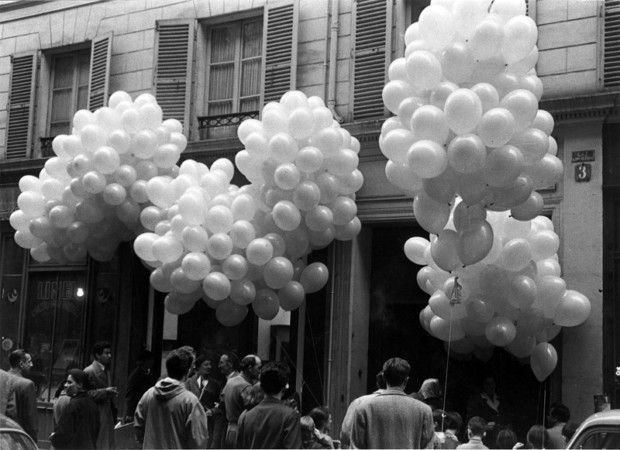 Another time, the whole exhibition was made of nothing - just the empty gallery with its white walls. The title read: “The Specialization of Sensibility in the Raw Material State of Stabilized Pictorial Sensibility.” 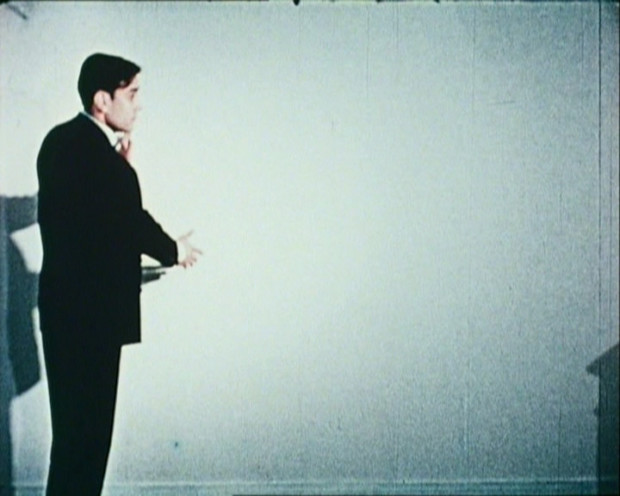 He was quite a weirdo, too. While some art historians want to see him as a predecessor of performance or even conceptual art, others argue that he wasn't really so conscious of what he was doing, and preferred fancy-schmancy mysticism over neat institutional critique. He was also a member of the Rosicrucian society and delighted in rather pretentious spiritual endeavours. His texts were basically rooted in Neo-Platonian philosophy, but put in a way of your typical middle-age-crisis-new-agey neighbour. But he was able to make fun of it, in a sense. And make fun of gullible and rich collectors in the same time.

When one of the collectors was actually interested in purchasing "invisible" painting from the empty gallery, that gave Klein an idea. What if he really created specific terms, allowing to buy non-existing work? Since 1959, he created and sold couple of works that were disappearing during a staged ritual. He wasn't selling a material work of art. His offer was an empty space, which he grandiloquently called "Zone of Immaterial Pictorial Sensibility". To gather it, one must have paid fair amount of gold. Then artist signed a cheque. But to make the work complete, according to Klein, one couldn't just keep the cheque. The last and the most important stage was taking place over the Seine river. The buyer was expected to come and burn the cheque - the only existing proof of owning the work. When he did, Klein, accompanied by couple of witnesses, dropped half of the gold, in form of a golden leafs, straight into the river. As a tiny pile of ashes left from the receipt was blowing in the wind, the same was happening with gold, flickering in the air, then drowning in the water. 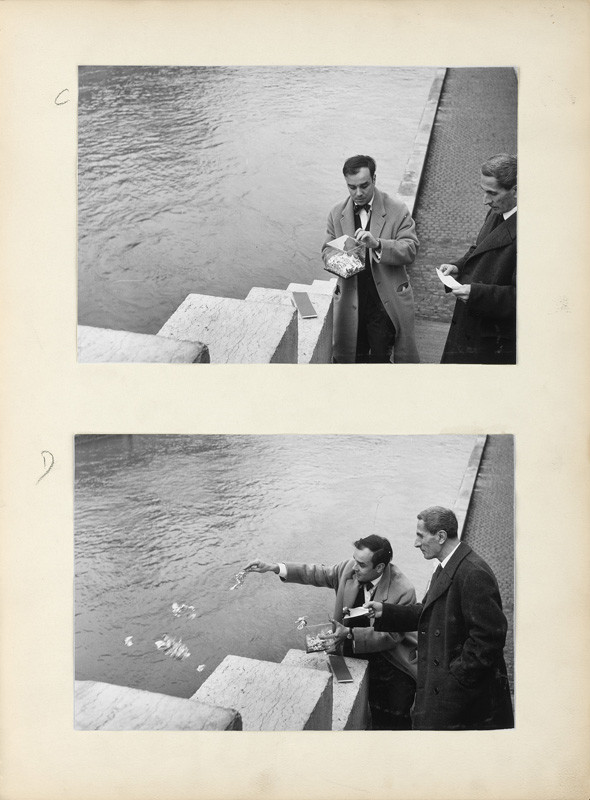 As Klein later admitted: "Incredible as it may seem, I have actually sold a number of these pictorial immaterial states." Years after his death, some perceived Klein as a refined master of color and innovator, the others as a charlatan. In that brief moments on the bank of Seine, he really was both at the same time. Isn't that brilliant?

PS. If you wonder what Klein did with the rest of the gold: