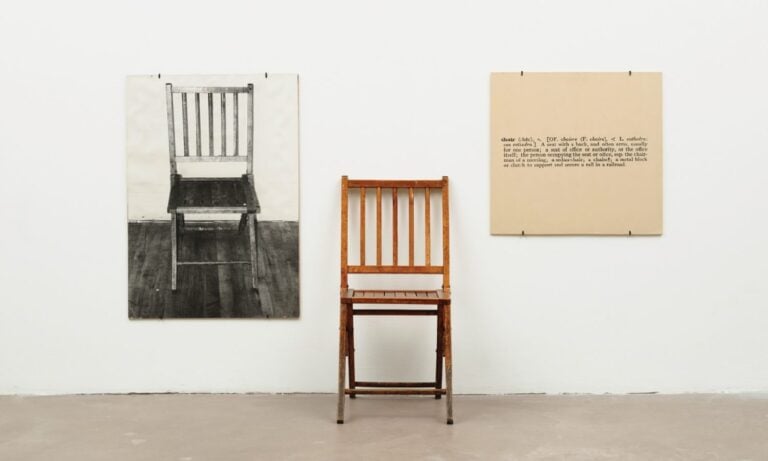 Imagine the following situation: it's a Sunday and you decide to go and visit a museum. A great idea for an afternoon with family, you'd think. So you get dressed and looking very smart you arrive at the chosen museum and you come across something unusual: a chair.

OK, you think, the art is about stepping out of your comfort zone, and going beyond conventions and standards, but seriously, a "chair"!? You get closer and find something that makes you more anxious: two pictures on the wall. One of them is a photographic reproduction of the chair you are seeing. The other presents a dictionary definition of a chair. All right, you think, these artists are going way too far. What does that mean? What is this art about? And more importantly, why did someone decide to exhibit chairs in a museum? [caption id="attachment_14511" align="aligncenter" width="1269"] 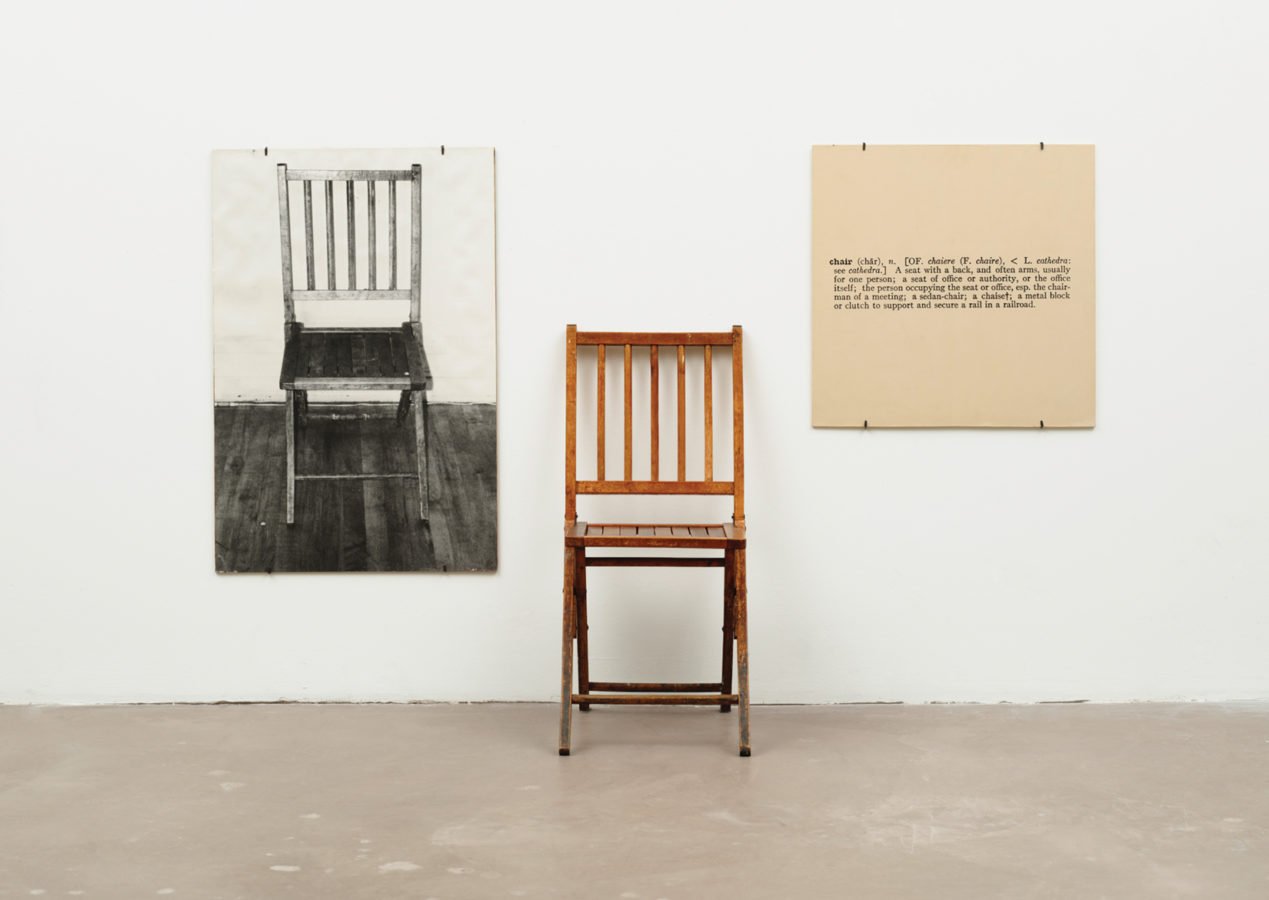 Joseph Kosuth, One and Three Chairs, MoMA, 1965 © Joseph Kosuth[/caption] If you have identified with the confused museum visitor, imagine how the New York public behaved when the artwork One and Three Chairs, by Joseph Kosuth (1945-), was first shown at MoMA in 1965. At that time, conceptual art - an art that is not necessarily linked to an aesthetic object - was beginning to emerge. The conceptual art of Joseph Kosuth is one of the most representative expressions of the relation between art and language, and of a concept that argued that art must question itself at all times. To begin with, do not think of art as just an object, like paintings or sculptures, but think of it first as a thought or perception. Joseph Kosuth stated that all art after Duchamp is conceptual because art for him only existed conceptually. This reasoning was the starting point for many artists of the 1960s, who, like Kosuth, questioned the validation of traditional art forms resulting from their increased commercialization. We can say that a conceptual artist is, above all, a philosopher. But, why chairs and why to photograph them and then exhibit in such a big museum as MoMA? This is where things get even more interesting: each of these chairs plays a different role in the artwork. The wooden chair, in the center, is what in art is called as ready made, an artistic manifestation that became popular thanks to Duchamp. The idea is to take an object out of its everyday use and re-signify its meaning in a space like a museum. Thus, a chair is no longer a piece of furniture on which one sits, but something that is observed and analyzed. From this perspective, a common object is elevated to the status of a work of art. The photographic representation of the chair emphasizes one of the oldest subjects of debate on art: the imitation. The definition of a chair, on the other hand, stimulates the analysis between what we see as real - or at least what is presented as real - and what we construct in our minds with the help of words. [caption id="attachment_14516" align="aligncenter" width="1437"] 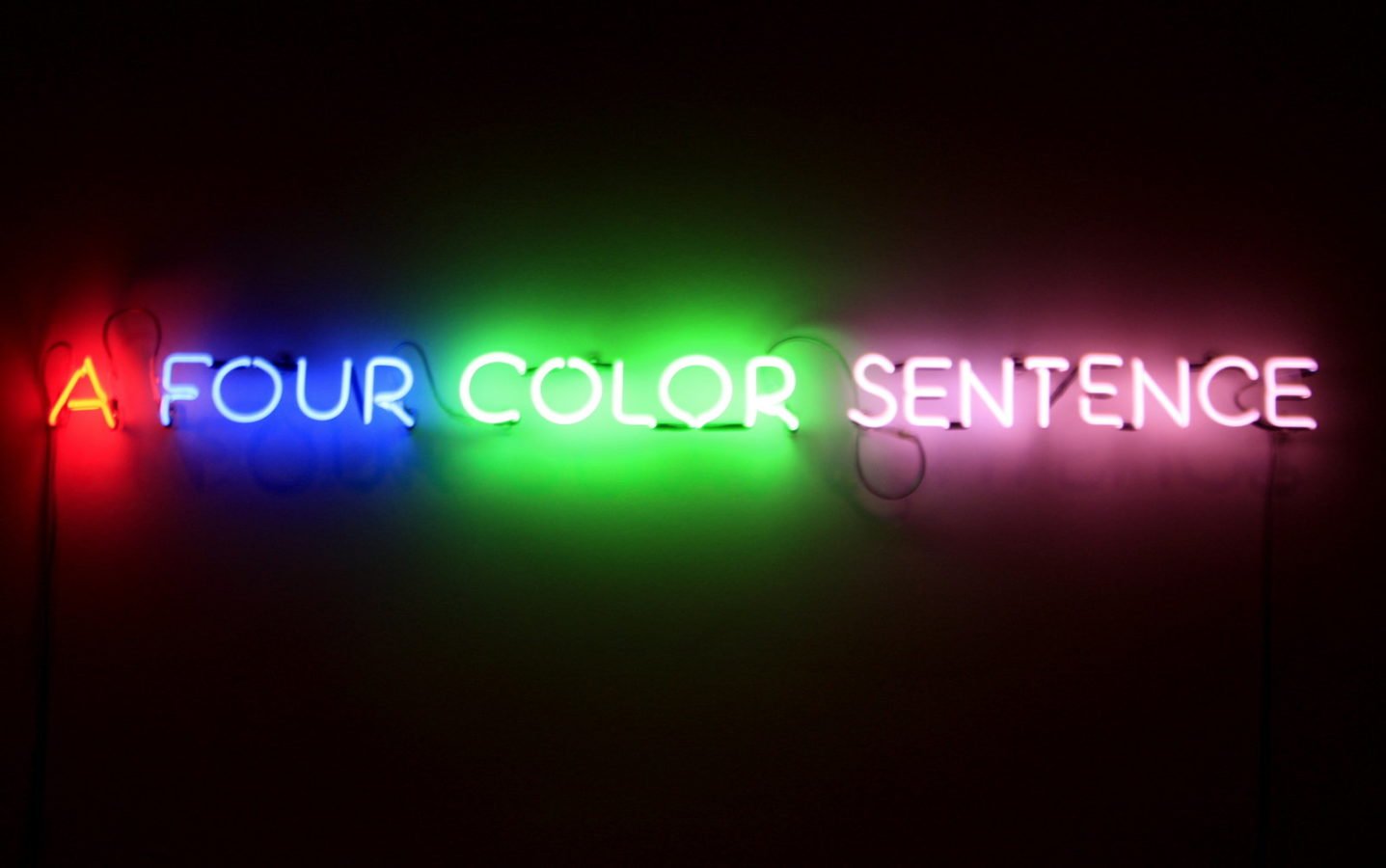 Joseph Kosuth, A Four Color Sentence, 1966, Staatliche Museen zu Berlin © Joseph Kosuth[/caption] Consider that Kosuth was only 20 years old when he presented this work! He did the same experiment with other objects, and in the same period, he began working with neon. One interesting thing about these illuminated signs is that they represent in an object exactly the verbal information they carry. The breaking of a border becomes clear: the verbal replaces the pictorial. [caption id="attachment_14518" align="aligncenter" width="1200"] 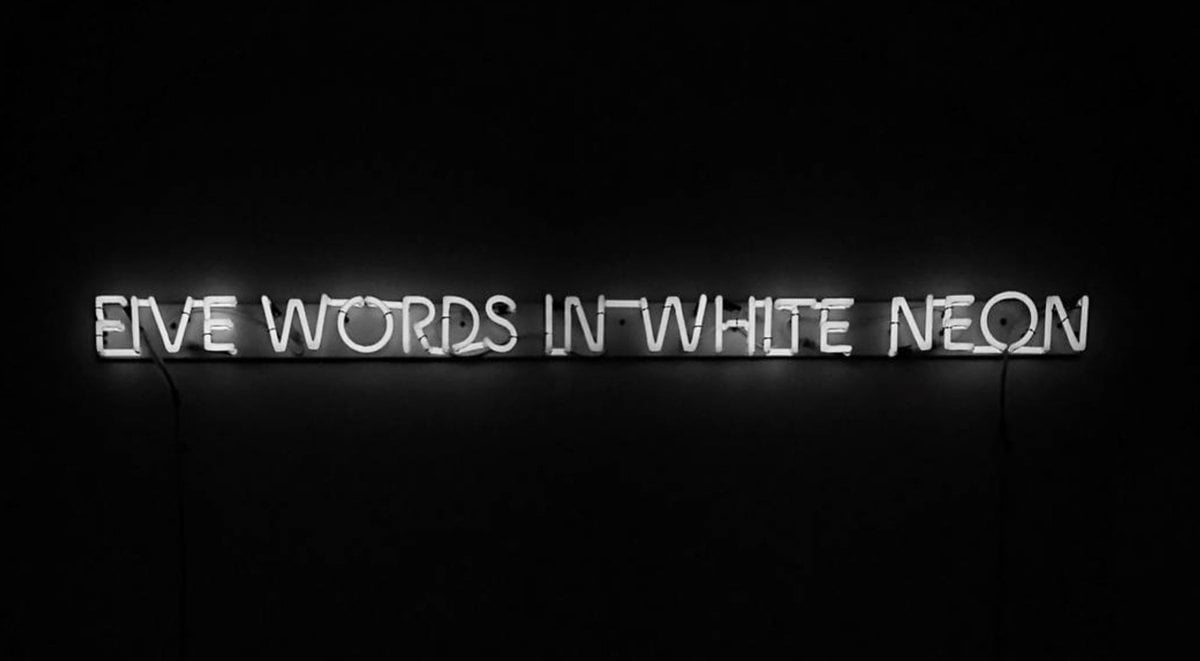 Joseph Kosuth, Five Words in White Neon, 1966, private collection © Joseph Kosuth[/caption] The series Art As Idea As Idea which Kosuth began at the same time, is something else that would certainly deserve your attention in the museum. The artist took a series of words - a word and its definition - and exhibited them on photographic plates. The concept is clear: art is not in the medium itself, but in the idea that it expresses. This is what for Kosuth must be understood as art. [caption id="attachment_14519" align="aligncenter" width="902"] 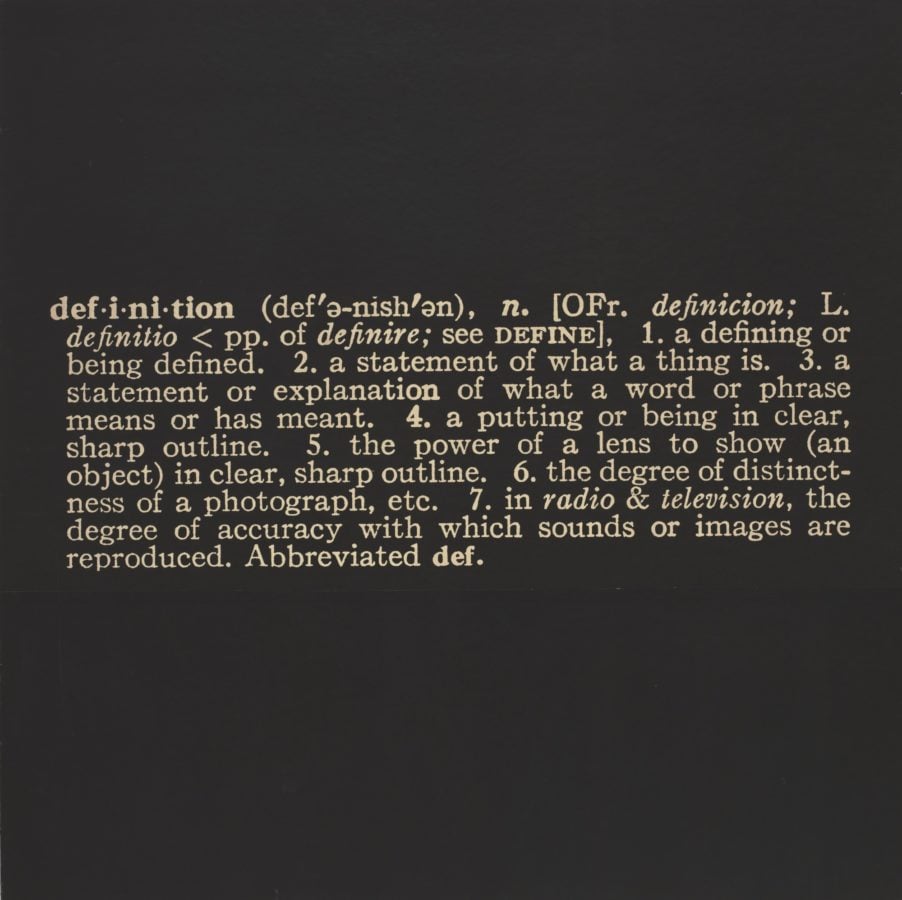 Joseph Kosuth, Titled (Art as Idea as Idea) The Word "Definition", 1966, MoMA © Joseph Kosuth[/caption] One of the most common criticisms of the conceptual art of Joseph Kosuth (and this kind of art in general) is that it is an overly intellectual art. Really? Personally, I think it's a kind of art in which the observer is invited to think beyond their usual mindset. This is because it offers a variety of ways for the public to participate in the meaning-building process. I do not think that makes this art excessively intellectual, as some say. After all, if a chair is displayed in a museum, does not it seem like fun to figure out the reasons for it?