Do You Know Blair And Potter? (No, We’re Not Talking About Wizards And Witches)

Save these names: Blair and Potter. It even gives us the impression that we are in a crossover of Harry Potter and the Blair Witch, or in a parallel universe where magic is real. Well, that last part is not totally false as today's feature will prove. Get ready to meet the magical world of artists Mary Blair and Beatrix Potter, two lovely women illustrators who have excelled at their professions in different times and contexts.

Women are not always much remembered in art history books but you probably know that by now. However, for some time now we can notice not only the interest in female artistic production but also the rediscoveries of artists whose work is not always so well remembered. The two women illustrators that we present to you today have lived at different times and in different places. In addition, each worked with a specific type of illustration but both of them were able to stand out with their work in their respective times.

You surely know the story of the young lady who loses a crystal slipper when fleeing a ball and thanks to that she becomes a princess, doesn't she? Cinderella's fable is known to everyone, especially thanks to Walt Disney Studios. For the art conception of animation, which debuted in the 1950s, one woman was fundamental: Mary Blair, always remembered as one of Disney's favorite illustrators. [caption id="" align="alignnone" width="1157"] 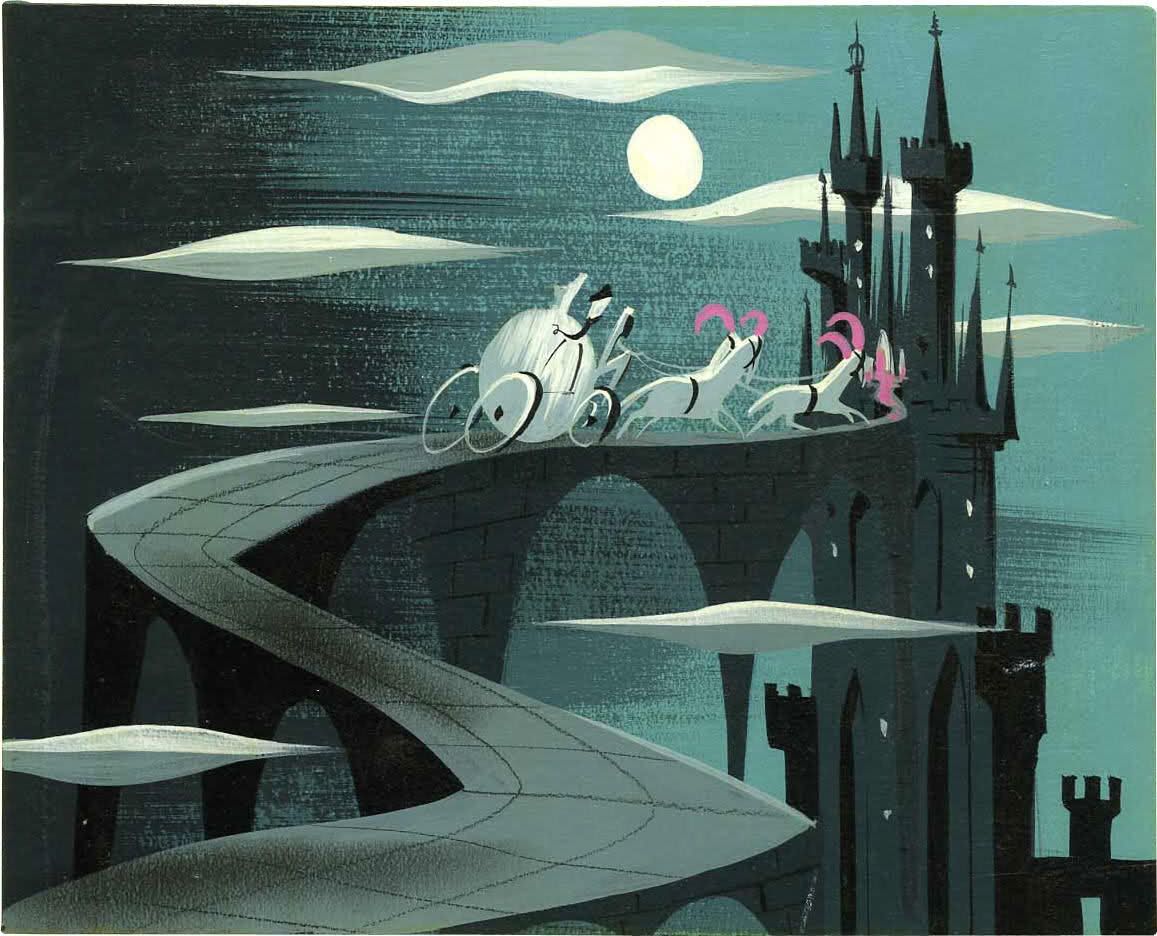 Mary Blair, Cinderella, 1950, Walt Disney Family Museum[/caption] Mary was born in Oklahoma in 1911 and in addition to Cinderella, she produced the art concept for other animations such as Alice in Wonderland and Peter Pan. In an industry dominated by men, Mary stood out for her beautiful illustrations and her own charming beauty (she looked like the Hollywood actresses of the time!). [caption id="attachment_13593" align="aligncenter" width="567"] 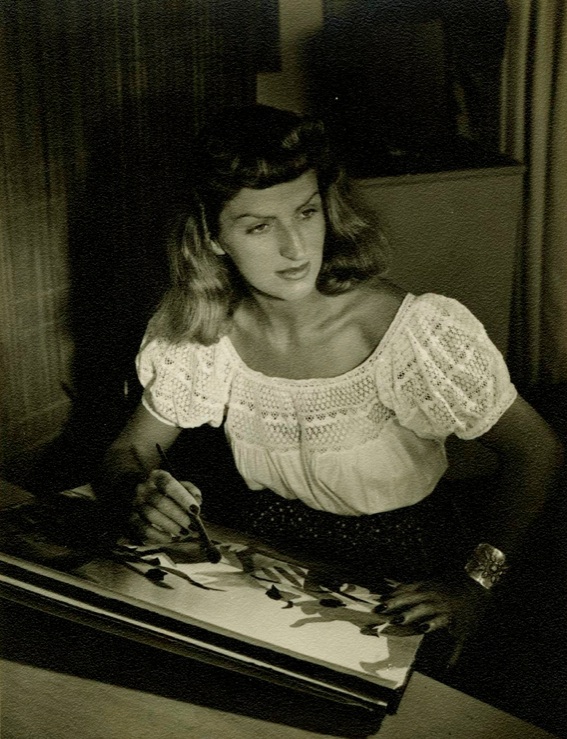 Photo of Mary Blair, 1941, Walt Disney Family Museum[/caption] Prior to joining Walt Disney Studios, Mary had worked with other prestigious companies such as the California Watercolor Society, as well as had been producing ad art for companies such as Johnson & Johnson. She was married to the artist Lee Blair and the pair also worked together. She died at age 67, a victim of a cerebral aneurysm. Today most of her work belongs to the Disney collection where she worked most of the time. [caption id="" align="alignnone" width="1076"]

The English Beatrix Potter, born in 1866, became best known for the book about Peter Rabbit, since Potter, passionate about animals, often cast them as main characters in her tales. In addition to illustration, Beatrix divided her time between being a writer and a fungal biologist. Her work is marked by an influence of fairy tales since like most children (of all ages) she grew up listening to stories that had a moral lesson to teach. [caption id="" align="alignnone" width="1344"] 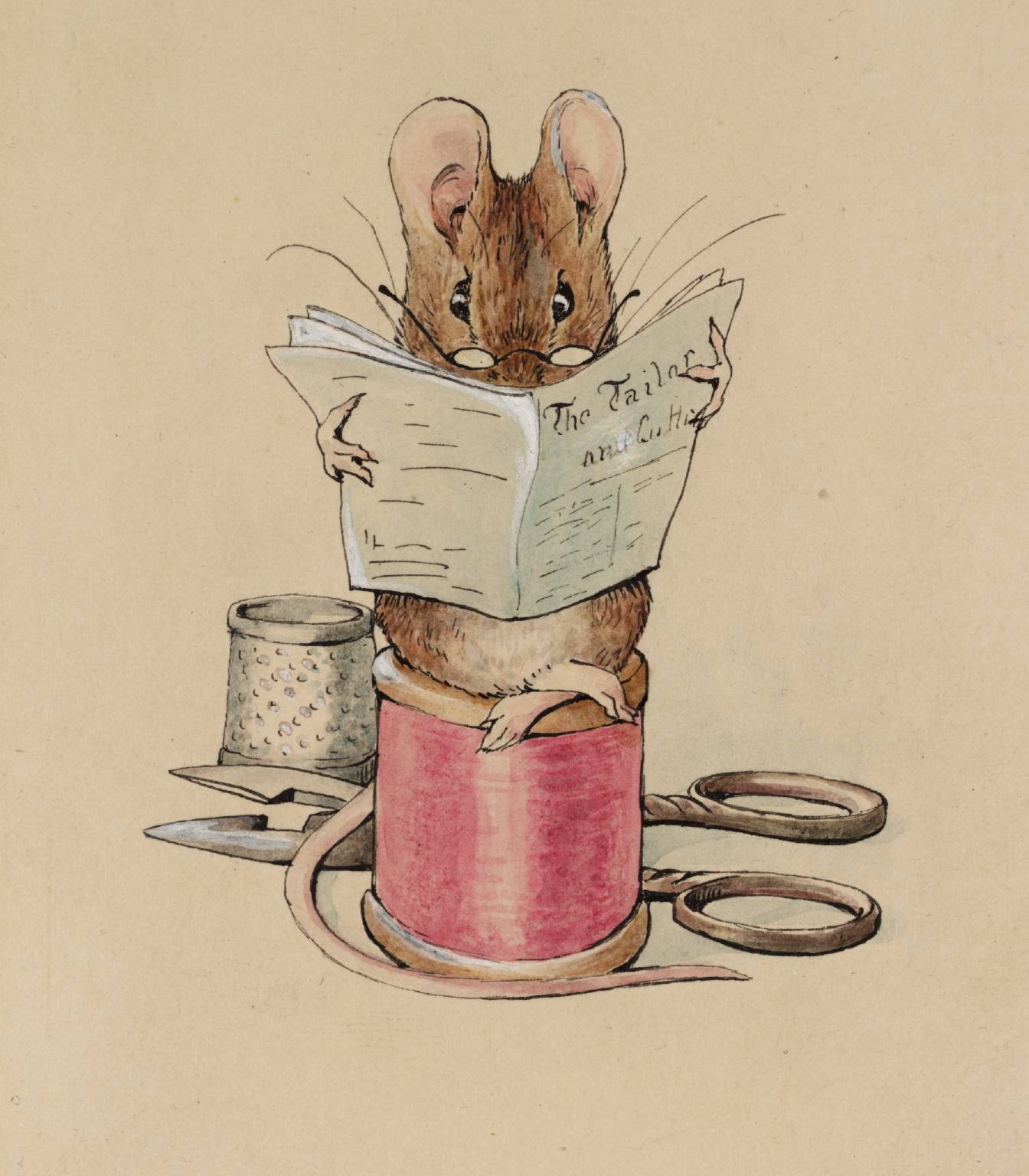 Beatrix Potter, Frontispiece: The Tailor Mouse, c.1902, Tate Museum[/caption] The artist's career began with small Christmas cards she and her brother had made to earn their own pocket money, despite the fact that their family was wealthy. She also sent these cards to children she knew. Sometime later, she began to sell her illustrations to publishers but it was only after receiving many rejections and paying for the publication of her first book with her own money that Beatrix got the attention of a publisher. The success was immediate: published in October, the book "The Tale of Peter Rabbit" sold more than 20,000 copies until Christmas. [caption id="attachment_13613" align="aligncenter" width="1040"] 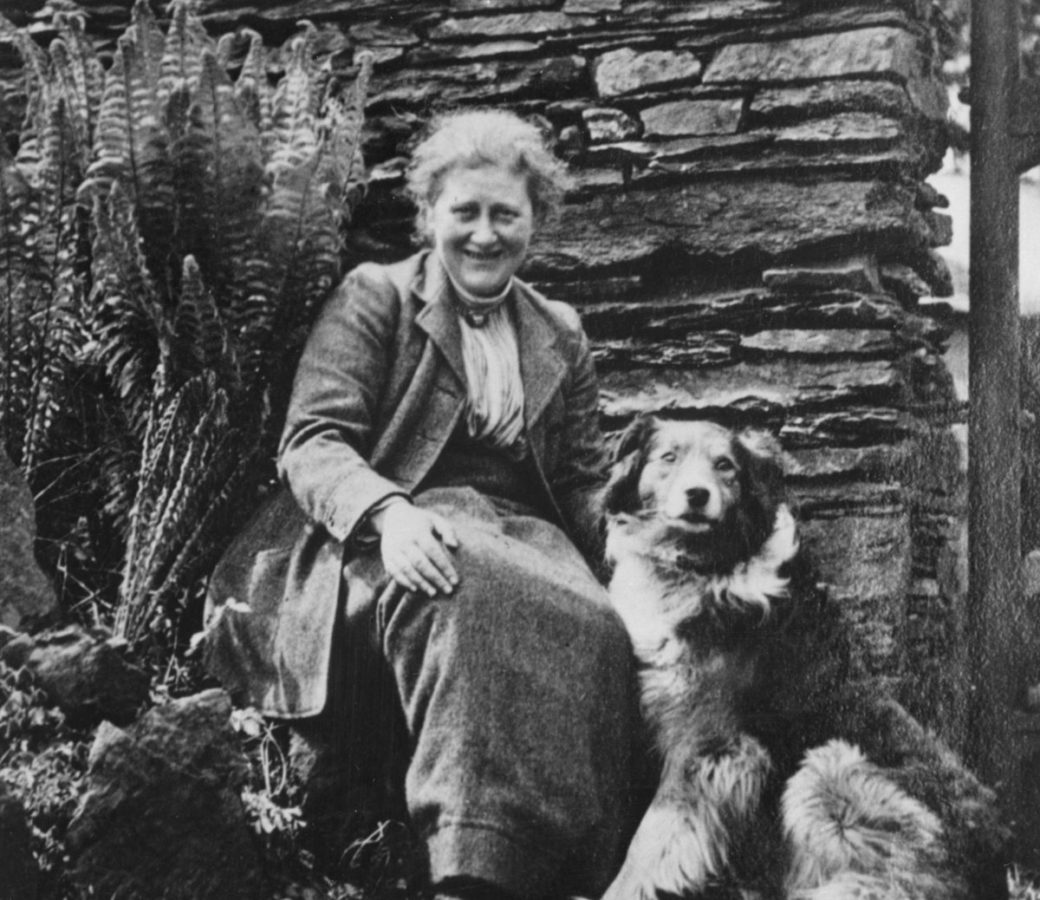 The photo of Beatrix Potter, unknown date, source: Pinterest[/caption] Potter was also an astute businesswoman, as she did design and produced dolls, board games and other products branded with her animals. Beatrix Potter died in 1943 of pneumonia and her husband, a solicitor for justice William Heelis, with whom she had been married for 30 years and who had supported her throughout their married life, tried to take care of his wife's legacy, but he himself died a little over a year later. [caption id="" align="alignnone" width="831"] 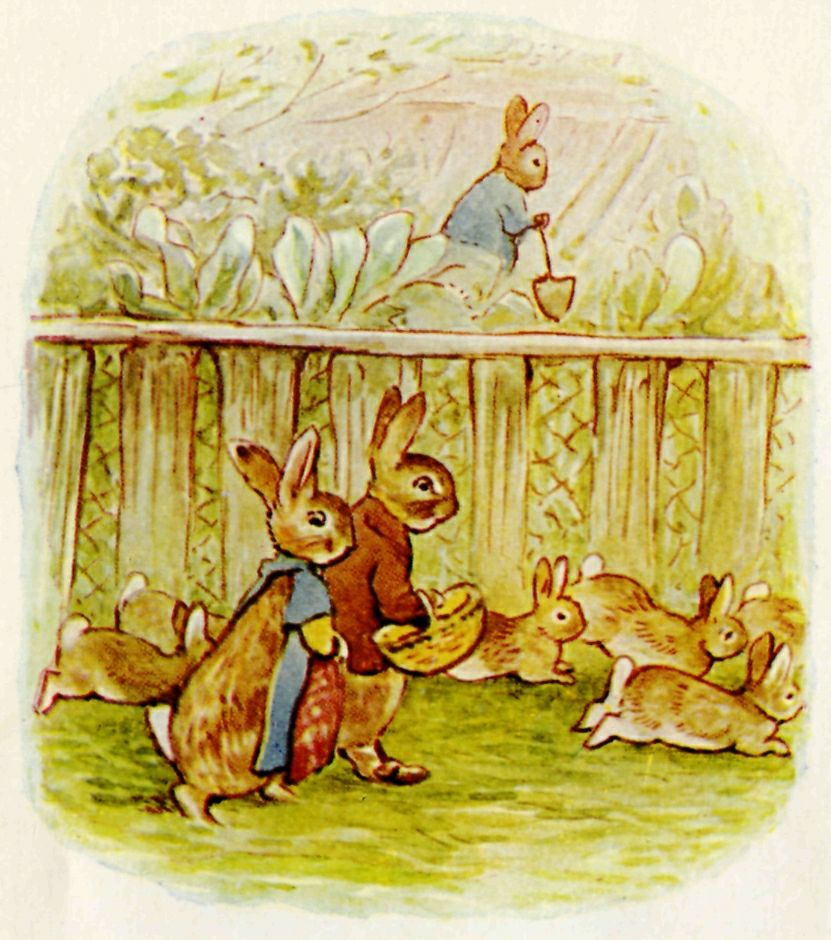 Beatrix Potter, illustration fro, The Tale of the Flopsy Bunnies, 1909, Edited by Frederick Warne & Co, source: wikiart.org[/caption] Despite the differences, Beatrix and Mary have much in common: apart from being illustrators, they managed to conquer the areas hitherto dominated by men. Yet, the greatest magic of these two women consists especially in the fact that they shared beauty, showed the fantastic, made it possible to children to go to magical worlds, and they ensured that childhood was a little more pleasurable. These two women remind us of the huge number of women who helped to build - literally - the history of art but who are set aside in the books of the same story.

If you want to meet more female artists, please, check our section dedicated exclusively to them!