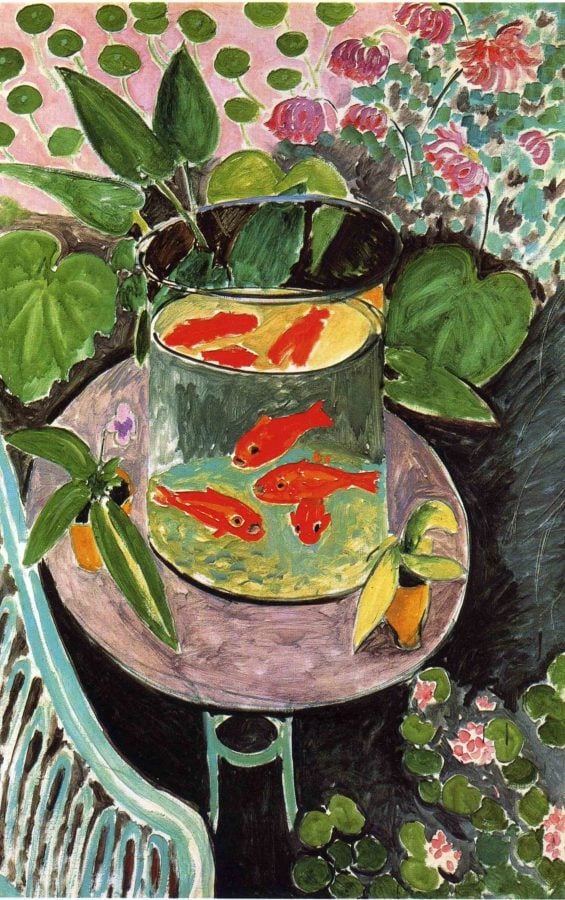 We have asked our friends, the museum employees from the magnificent Pushkin State Museum of Fine Arts in Moscow to share what are their favorite pieces from the museum collection. And this is what they have said:

When I came to the Pushkin State Museum of Fine Arts for the first time, I fell in love with the ceilings in the Main Building. A few years later, I was enrolled as an intern at the Digital Department and I met the museum staff (art historians, curators, PR and top management), who were very devoted to their work. Their enthusiasm inspired me, too. Now, as a part of the Museum team I am still motivated by my colleagues. They are great professionals and really hardworking people.

For me, the Pushkin Museum is, first of all, the people who work here. However, I really like many masterpieces. I adore the collection of art of the Ancient Near East (my favorite piece is the mummy of a cat), enjoy walking around halls with the collection of plaster casts, and, of course, I admire paintings by Henri Rousseau, Vincent Van Gogh, and Henri Matisse. Some of my favorite artworks are not on display: posters by Rodchenko, American posters of the 1920s and some works by Soviet Non-Conformists.

The Pushkin State Museum of Fine Art inspires by its majesty and power. When you ascend its age-old steps in the Main Building, you experience the same feelings as many people before you a century ago. The museum was founded in purpose to introduce people to world’s art. It is fascinating that after a hundred years it is still the best place for people in Moscow to get to know art of different countries and ages within one museum. Plaster casts of sculptures from all over the world displayed in The Pushkin Museum are one hundred years old and they are valued not less than their originals. These casts add some enchantment to the unique atmosphere of the building and turn your visit to the Museum into a mysterious journey around the world.

Julia Rykova, Deputy Head of the Department of Marketing and PR

For me, there are two most famous collections at the Pushkin State Museum of Fine Arts – Ancient Egyptian Art and the collection of Impressionist paintings. I find it really interesting how both these collections belonging to completely different periods happen to be housed at our museum. The Ancient Egyptian artefacts were collected by the Russian scientist and orientalist Vladimir Golenishtchev, then purchased from him by the state and gifted to the museum in 1909–1911. Due to financial issues, he was forced to sell objects he was collecting all his life. In 1948, the state divided the famous collections of Ivan Morozov and Sergei Shchukin between Moscow and Leningrad.

During the October Revolution, Moscow collectors of new Western art were forced to be separated from the object of their interest and passion. Their fate is tragic, but the Museum was gifted about 300 paintings and sculptures by more than 80 Western European and American masters of the 2nd half of 19th – 1st third of the 20th century, mainly works of French Impressionists and Post-Impressionists. I am inspired not only by the stories of artists and artworks, but also by those of the people who acquired and collected art. There is a curious story behind every painting, object, artist, and art collector. This curiosity is something that moves you forward.

And what do you love in Pushkin State Museum of Fine Arts? Leave it in comments below!