Stendhal Syndrome is a mysterious thing. If you have even seen someone fainting in any great museum, or in front of any great masterpieces - it could have been it. Stendhal syndrome, hyperkulturemia, or Florence syndrome is a psychosomatic disorder. It causes rapid heartbeat, dizziness, fainting, confusion and even hallucinations when an individual is exposed to an experience of works of art that are perceived by the individual to be beautiful and all housed in one place (e.g., an art gallery). [caption id="attachment_4231" align="aligncenter" width="620"] 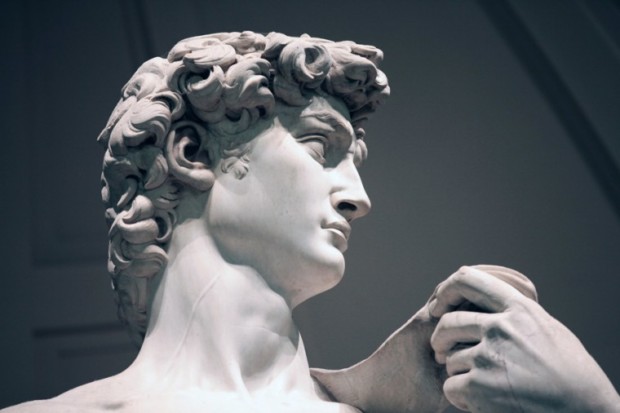 One of the most perpetrators of the Stendhal Syndrome[/caption] It is not listed as a recognised condition in the Diagnostic and Statistical Manual of Mental Disorders but people are really affected by it. Its effects on some sufferers are serious enough for them to require treatment in hospital and even antidepressants. The staff at Florence's Santa Maria Nuova hospital are accustomed to dealing with tourists suffering from dizzy spells and disorientation after admiring the statue of David and the masterpieces of the Uffizi Gallery. The syndrome was named in 1979, when it was described by Italian psychiatrist Graziella Magherini, who observed and described more than 100 similar cases among tourists and visitors in Florence. It was named after the 19th-century French author Stendhal, who described his experience with the phenomenon during his 1817 visit to Florence in his book Naples and Florence: A Journey from Milan to Reggio. Stendhal visited Basilica of Santa Croce, where Niccolò Machiavelli, Michelangelo and Galileo Galilei are buried. He also saw Giotto's frescoes for the first time and was overwhelmed with emotion. He wrote:

I was in a sort of ecstasy, from the idea of being in Florence, close to the great men whose tombs I had seen. Absorbed in the contemplation of sublime beauty... I reached the point where one encounters celestial sensations... Everything spoke so vividly to my soul. Ah, if I could only forget. I had palpitations of the heart, what in Berlin they call 'nerves.' Life was drained from me. I walked with the fear of falling.

Ecstasy, sublime beauty, celestial sensations... Have you ever experienced the Stendhal Syndrome? :)

What I Found in the Museum Of Bad Art

As Christmas approaches, many of us are probably decorating our homes for the holidays. Even though this year we might not be able to gather with our...