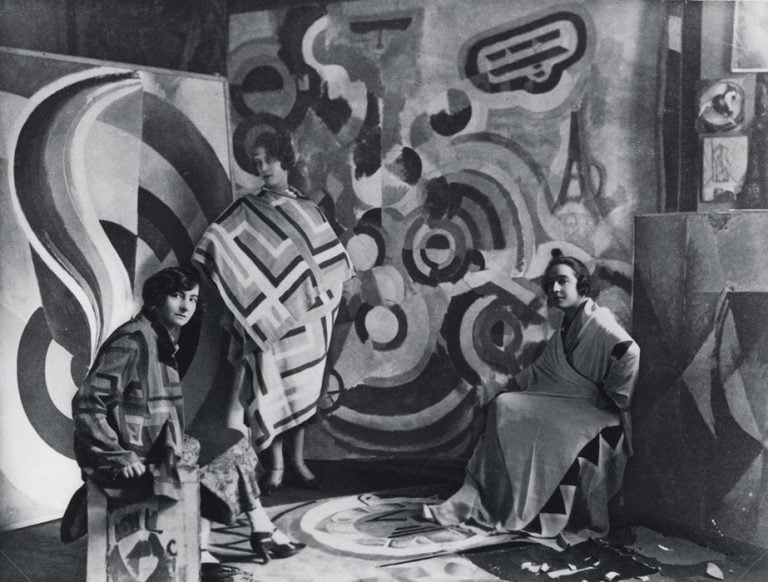 Sonia Delaunay was a Ukrainian-born French artist and fashion designer, who spent most of her working life in Paris. Along with her husband, Robert Delaunay, and others, she co-founded the Orphism art movement, noted for its use of strong colors and geometric shapes. She was the first living female artist to have a retrospective exhibition at the Louvre in 1964, and in 1975 was named an officer of the French Legion of Honor. Her work in modern design displays concepts of geometric abstraction, as well as the integration of furniture, fabrics, wall coverings, and clothing.

Delaunay had a Paris studio dedicated to creating textiles and clothing, and she opened a fashion house called – how could it be different – Sonia. She attracted wealthy clients: a woolen, the embroidered coat was made in 1925 for the movie star Gloria Swanson, in geometric shades of rich, spicy reds, browns, and creams.

For four more decades, Delaunay designed fabrics for the Amsterdam luxury store Metz and Co, and later for Liberty. By the 1930s she was aware of the possibilities of mass – and machine – production. She said:

In this way, fashion will become democratic, and this… Can only be welcome, as it will raise general standards.

This film shows presentations of fabrics and dresses designed by Sonia Delaunay: