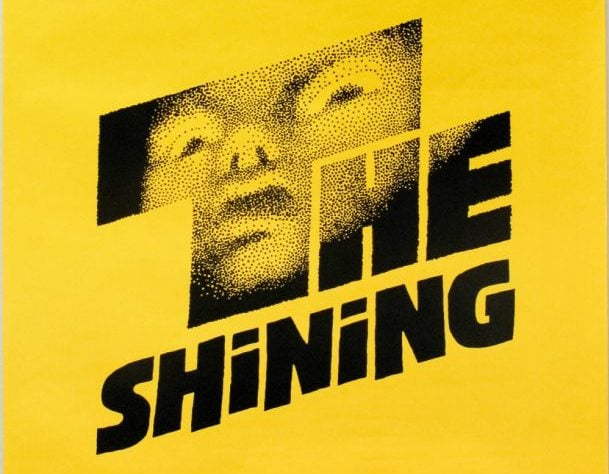 Saul Bass (1920—1996) was an American graphic designer and filmmaker who introduced title sequences, reinvented movie posters, and crafted several advertising campaigns. He worked with some of the greatest names in the movie industry such as Stanley Kubrick, Otto Preminger, Alfred Hitchcock, and Martin Scorsese in a series of projects which set the scene for the next generation of graphic designers to come. Saul Bass was the man who revolutionized cinema through graphic design.

In his youth, Saul Bass attended night classes under the apprenticeship of the masterful artist and photographer György Kepes (1906-2001), who was an expert in the New Bauhaus aesthetic. Afterward, he moved to Los Angeles in 1946 to do graphic advertising design, and, a few years later, he began to work in association with Hollywood.

Saul Bass’s first movie poster was Carmen Jones (1954) for Otto Preminger, who was so impressed by the outcome that he asked the graphic designer to produce the title sequence for the picture as well. At the time, title credits were barely a thing; most people considered them unimportant, redundant even. However, Bass quickly changed the industry and revolutionized the graphic approach to cinematic design. He developed a rather easily recognizable minimalist style that managed to transpose an entire film into just a few seconds of oddly satisfying content, often accompanied by a clever movie poster.

The Man with a Golden Arm

The Man with the Golden Arm (1955) launched Bass’ career, making him one of the most influential graphic designers of the past century. In the same year, he met his wife, Elaine Makatura, with whom he worked closely on most of his projects.

In 1958, Bass worked on one of the most applauded films ever made – Alfred Hitchcock’s Vertigo. His impeccable title sequence delicately managed to create tension through the use of creative, splendid imagery (i.e. close-ups of facial features, spinning spirals, etc.) and introduced the audience to the disturbing universe of Vertigo.

Anatomy of a Murder

Anatomy of a Murder (1959) is also stellar example of Bass’s cinematic graphic design. Almost ironically, the artist effortlessly captured the essence of the movie with only a few black shapes arranged in such a way as to illustrate the silhouette of a body. We have to thank Bass for enriching our most beloved movies with his brilliance which, somehow, speak louder than a thousand words.

The classic film Psycho, released in 1960, often becomes a subject of controversy. Some argue that the well-known shower scene, in which Janet Leigh’s character is murdered, was actually Bass’s creation, not Hitchcock’s. Interestingly, the two of them stopped their collaboration after this production was released.

In corporate logos, Bass is famous for the original AT&T design from 1986, and their later redesign from 1984. Some of his other logos include the Warren Communications logo of 1972, and Geffen Records and Kleenex from the 1980s. His style is characterized by a clean, unostentatious look, alluring for its timeless simplicity.

Remarkably enough, Bass’s work is present in the permanent exhibitions of the Museum of Modern Art and the Smithsonian Institute.

Saul Bass gifted us a distinctive collection of mesmerizing posters and title sequences. Nonetheless, most significantly, he left us a longing for minimalist subtlety and a whimsical simplicity within the boundaries of cinematic graphic design.