Poppies in Art for the Remembrance Day 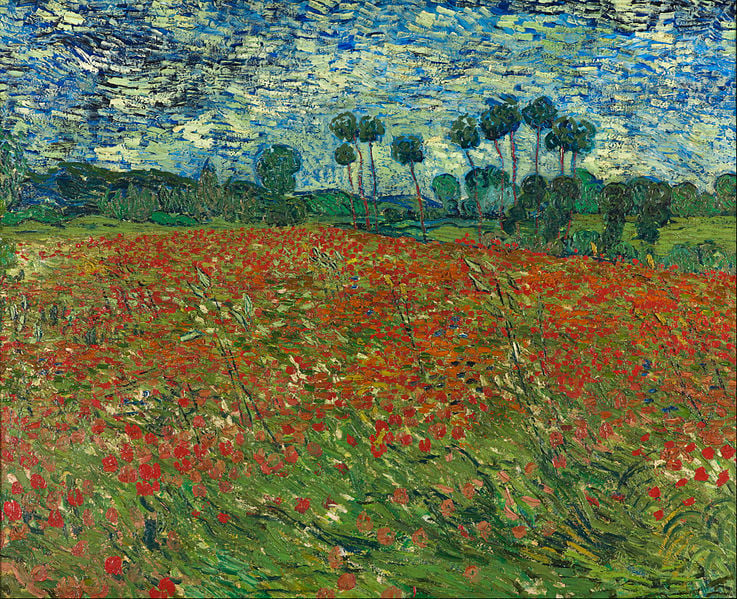 Remembrance Day is a memorial remembering all the soldiers who died in the First World War. It was inaugurated by King George V in 1919 on 11th November, the first anniversary of the date of signing the 1918 armistice. In the UK it is known as Poppy Day and for the entire month of November, many people wear a simple poppy pinned to the lapels of their coats as a sign of remembrance and respect for veterans. We’re joining in the observance of this day by presenting you with the most beautiful paintings of poppies:

The summer after the hostilities ended, many fields in Flanders, which in World War I had become sites of the war’s most atrocious battles, turned bright red. Although red poppies had grown there before the war, the blooming flowers quickly became a new, peaceful symbol for all the blood spilled in the war.

The custom of wearing a red poppy originated in the United States when a university professor from the University of Georgia, Moina Micheal, swore to wear a red poppy after she had read a poem by Canadian physician Lieutenant-Colonel John McCrae called “In Flanders Fields”. In the UK, poppies were worn for the first time in 1921 during the official anniversary services.

In Flanders fields the poppies blow
Between the crosses, row on row,
That mark our place; and in the sky
The larks, still bravely singing, fly
Scarce heard amid the guns below.

We are the Dead. Short days ago
We lived, felt dawn, saw sunset glow,
Loved and were loved, and now we lie
In Flanders fields.

Take up our quarrel with the foe:
To you from failing hands we throw
The torch; be yours to hold it high.
If ye break faith with us who die
We shall not sleep, though poppies grow
In Flanders fields.

A controversy arose around the red poppy which, according to some, has become a symbol for British isolationism since the red poppy remembered only soldiers of the British Commonwealth. Pacifists and faith organizations advocated for the use of white poppy instead, which would stand for casualties of all wars. First conceived by the Co-operative Women’s Guild in 1933, white poppies, with the added meaning of hope for the end of all wars, were frequently worn by the widows and children of dead soldiers.