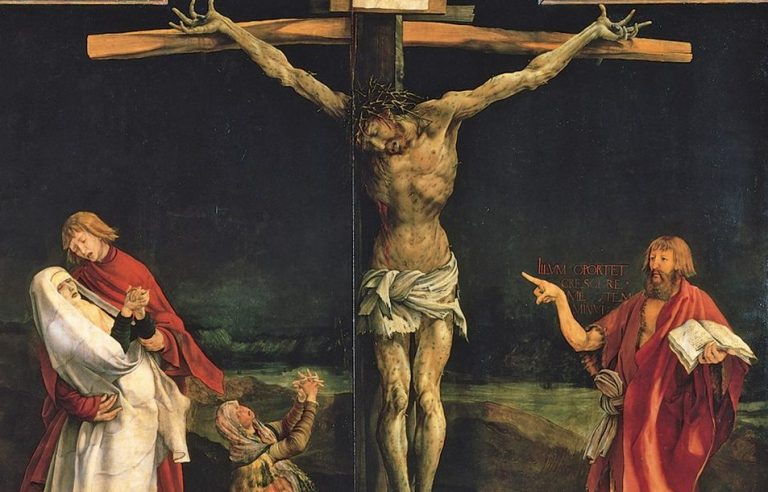 All You Should Know About the Albrecht Dürer’s Melencolia I

Isenheim Altarpiece by Matthias Grünewald is a polyptych about pain and passion. It’s a complex piece consisting of several parts and sections, and, depending on which wing is currently open, it narrates a totally different story.

In 1512, the Antonite Order at Isenheim, a village about 15 miles south of Colmar in France, commissioned two artists to make an altarpiece for their monastic complex. In four years, Nikolaus Hagenauer (responsible for the sculpture) and Matthias Grünewald (in charge of the painted panels), created a complex polyptych about suffering, which decorated the high altar of the monastery hospital’s chapel until the French Revolution.

Usually, when the altarpiece was closed, it presented a common view in churches: the Crucifixion. This time, however, the scene is permeated with pain and gore, with Christ’s body writhing in pain. Patients looking at the piece could identify with the suffering Christ and if they felt it strongly enough, maybe they had a chance to get better, since the emphatic physical pain was believed to be thaumaturgic (miracle performing).

Sixten Ringbom described in his magisterial book Icon to Narrative how painters made distant events more intimate by shedding the distancing frontal icons in favor of the much more intimate close-ups. We can also see it here; Christ is very close to the viewers, his body, which seems to be covered with the signs of skin disease, is on view for everyone to see.

The iconography chosen for the altarpiece is not random since St. Anthony was a patron saint of those suffering from skin diseases and the monks at the Isenheim hospital took care of sick and dying peasants. Many of them suffered from a disease called ergotism, popularly known as St. Anthony’s fire, which was caused by consuming rye grain infected with fungus. Its symptoms are hallucinations and skin infection, and the disease slowly consumes the central nervous system, eventually leading to death.

The right panel of the third state of the altarpiece was most probably inspired by the engraving by Martin Schongauer (ca. 1445–1491). Although it was one of Schongauer’s earliest prints, it was also his most famous one (Vasari recounted that even Michelangelo made a color drawing of the work at the age of 13).

The second view of the polyptych presents the story of Mary. The left panel presents the Annunciation, the left part of the central panel is a Concert of Angels shown above, while the right side shows the Birth of Jesus. The final side panel on the far right presents the Risen Christ in full glory. There is no place for pain and disease anymore, Jesus is suspended in the air on the background of the rising sun which appears as a fireball.