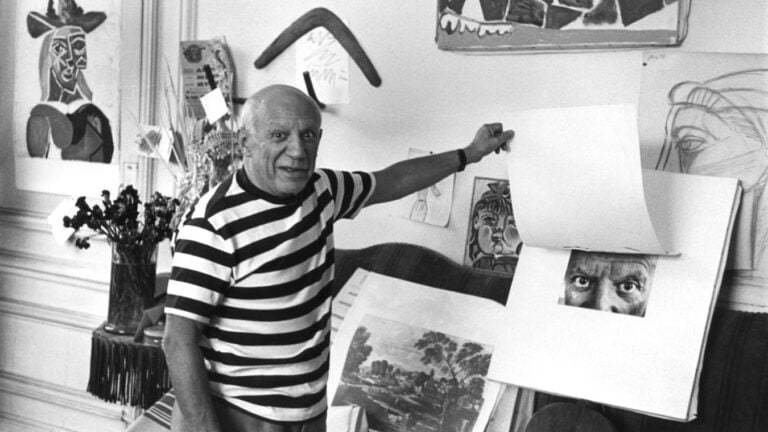 On the 28th of December 2019, a man from the public marred the Picasso painting, Bust of a Woman. The painting is on a long-term loan from a private collector and it has since been removed from public view for restoration. What is this painting about? Is the damage irreparable or can it be restored? Will the painting lose its value?

Picasso painted the Bust of a Woman in 1944, in his studio at Rue des Grands-Augustins. (He also painted Guernica there.) The painting was created during the last months of the Nazi occupation of Paris. It depicts Surrealist photographer Dora Maar, Picasso's lover and muse. She is sitting on a black, metal chair and wearing a hat and bright green clothing.

The artist's wartime work is mostly monochromatic. Yet this one is colorful, possibly because of prospects of liberation at the time. Maar's nose and mouth are pointing in opposite directions and her face has hues of white, pink, and grey. It's a semi-abstract portrait, one of the many Picasso made of Dora Maar.

On the day Picasso made this painting he created another, also entitled Bust of a Woman (private collection). The female figure in that version wears a taller hat. When seen together, the two portraits show how Picasso rethought the structure of the shoulders and the upper arms.

Bust of a Woman costs £20 million (about $26.3 million USD). A Tate representative refused to comment on the condition of the painting, but it is allegedly torn. It is now undergoing restoration by the team at Tate Modern.

Experts say they the value of the painting, however, won't necessarily diminish as long as it is restored to excellent condition. Brad Shar, vice president of Julius Lowy Frame and Restoring Co., New York, says that although a damaged painting is less valuable than before, it won't inevitably sell for less.

After an art piece is damaged it usually depreciates 15% to 20%. Nevertheless, when it hits the market a few years later, it only takes one or two bidders to push up the price.

In any case, we hope that this painting will be restored soon. Meanwhile, you can read here about several masterpieces attacked through time!