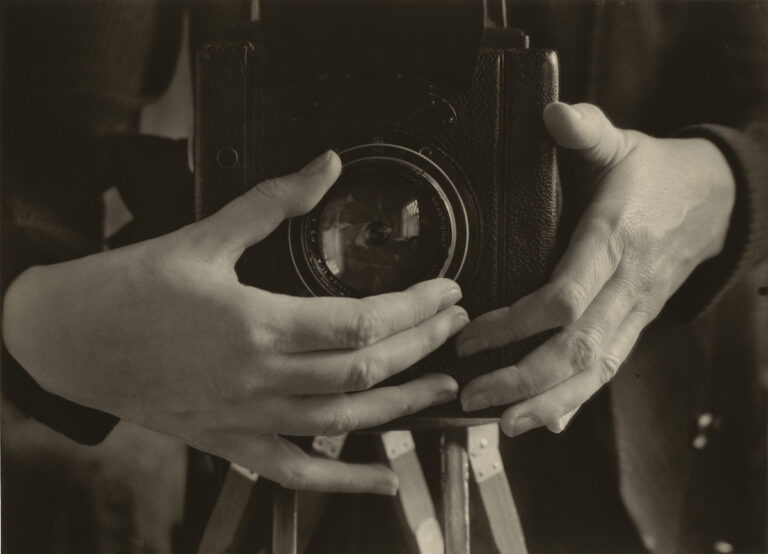 The New Woman Behind the Camera exhibition, on view at the National Gallery of Art in Washington, D.C., until January 30, 2022, seeks to expand the history of photography by displaying the work of a diverse group of women. Despite being mostly overlooked in their lifetime, they excelled in what was both a novel form of artistic expression and a profession. Featured in the exhibition are the images of 120 photographers from over 20 countries, organized into various themes. Through their lens – both real and figurative – these women brought different and interesting perspectives to the world and made powerful statements about their new role in society and the arts.

The years between 1920 and 1950 mark an era of extraordinary social and political transformation in many parts of the world. Photography established itself as a modern and powerful form of visual representation, exercised most prominently by men in the western world. But was it really so at a time that saw the emergence of the global phenomenon known as the New Woman? (An umbrella term encompassing a generation of women who challenged institutions, gender norms and aesthetic ideals to affirm themselves in the world.) According to The New Woman behind the Camera exhibition, on view at The Metropolitan Museum of Art in New York from July to October 2021, the history of photography is incomplete. Curated by Andrea Nelson, Associate Curator in the Department of Photographs at the National Gallery of Art in Washington, D.C., the exhibition seeks to expand that history by including a diverse group of women who, despite being mostly overlooked in their lifetimes, excelled in what was both a novel form of artistic expression and a profession. Through their lens – both real and figurative – these women brought different and interesting perspectives to the world and made powerful statements about their new role in society and the arts.

The exhibition includes 120 photographers from over 20 countries, including Mexico, Japan, India, Russia, China, Brazil, Australia, Palestine, the United States, and several European countries. This diversity is also reflected in the subjects of the exhibition’s photos which are organized into main themes: self-portraits, the studio, the city, avant-garde experimentation, fashion and advertising, ethnographic approaches, social documentary, modern bodies, and reportage. Each section includes works by women photographers who are for the most part unfamiliar names in the history of photography. This is not because they lacked the talent or vision of their male colleagues, but because they were just beginning to claim their space in a world and profession dominated by men.

Perhaps more than any others, the category of self-portraits is a powerful testimony of the photographers’ resolve to affirm their authentic identities and new role in the world. From self-portraits that conceal the face to emphasize the camera, to images capturing female professionals at work, to representations of gender ambiguity or women dressed in modern clothes, the photographers featured in the exhibition perfectly embody the New Woman’s values of self-determination and self-realization, well beyond the roles that have been traditionally assigned to them. The studio category offers another glimpse of the desire to make a living for oneself – through professional work – and to portray women authentically, rejecting the stereotypes that relegated them to representations according to gender, class, and race. Modern bodies show how women were ready to explore their complex sexuality and capture their unapologetic essence and vitality. Women photographers were also discovering the new fields of fashion and advertising, where many of them found a professional space and began producing original images for a primarily female audience.

The avant-garde section of the exhibition reflects women’s desire to experiment with new ways to see and experience the world. This is particularly evident in the section of the city, which gathers images of urban landscapes that draw attention to peculiar details, capture unusual angles and exemplify new modes of artistic expression. A few women photographers were able to go beyond the city and travel the world on various work assignments, which resulted in powerful images of humanity surviving through war, poverty and social unrest, or simply living a different lifestyle than the one imposed by emerging western capitalism. The images and documents displayed throughout the exhibition demonstrate how women embraced social documentary photography, photojournalism and reportage, bringing the struggle for decolonization in Africa, the rise of fascism in Europe and of communism in the Soviet Union to the attention of the world.

The New Woman behind the Camera is now open at the National Gallery of Art in Washington, D.C., until January 30, 2022. It is in this very museum, after taking an interest in the collection of images by German photographer Ilse Bing, that curator Andrea Nelson decided to research the work of women photographers between 1920 and 1950. Seven years later, with the collaboration of many talented people including Mia Fineman, who curated the exhibition at the MET, her work has finally paid off and the history of photography, as well as that of women, is richer and more nuanced than ever before. 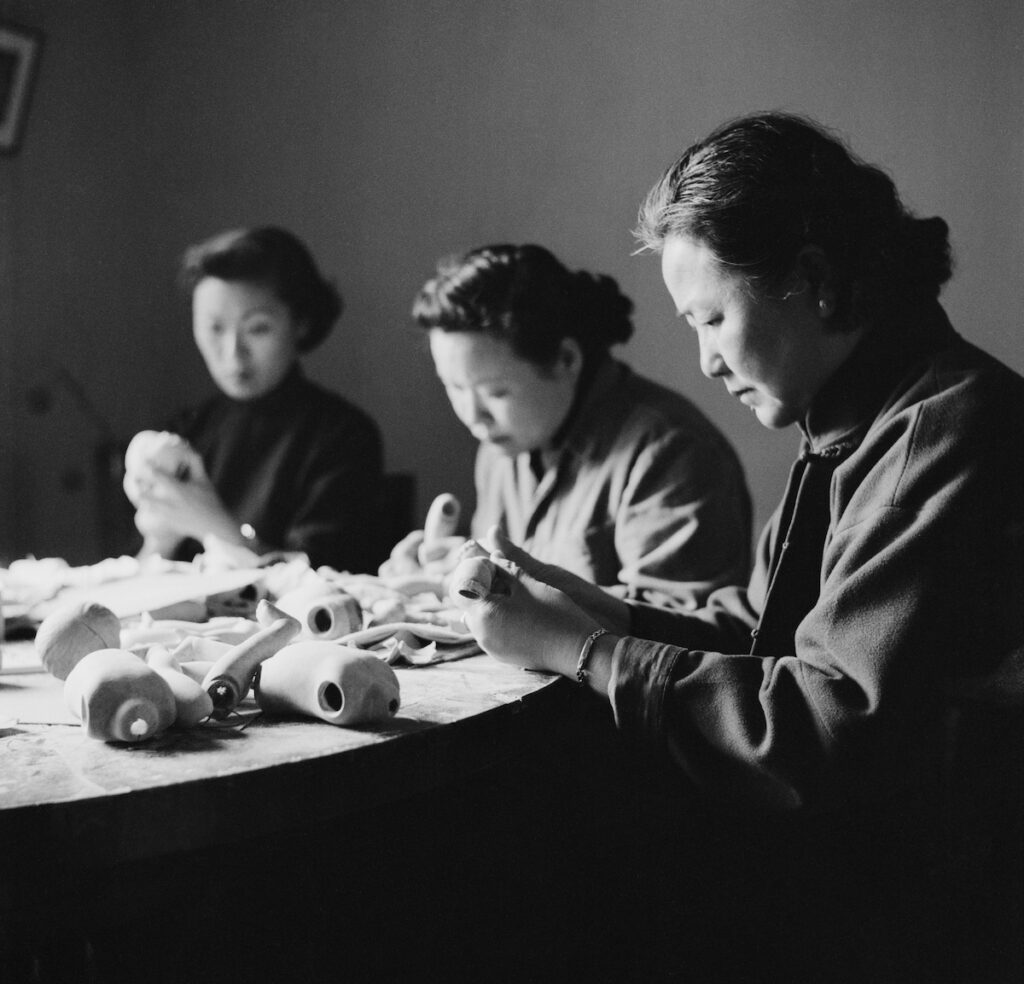 The New Woman behind the Camera is now open at the National Gallery of Art in Washington, D.C., until January 30, 2022.

In Her Own Prison

It is in this very museum, after taking an interest in the collection of images by German photographer Ilse Bing, that curator Andrea Nelson decided to research the work of women photographers between 1920 and 1950.

Roberta Garbarini-Philippe works in higher education administration at The City University of New York. She grew up in Italy, where she studied foreign languages and worked as an editor and translator before moving to New York. Her love of art started in the dusty archives of a book publisher in Milan. Many years later, she rediscovered that passion and is now pursuing a Master in Museum Studies at the CUNY School of Professional Studies. She lives in New York with her husband, son (off to college) and daughter, who helps her edit her articles.