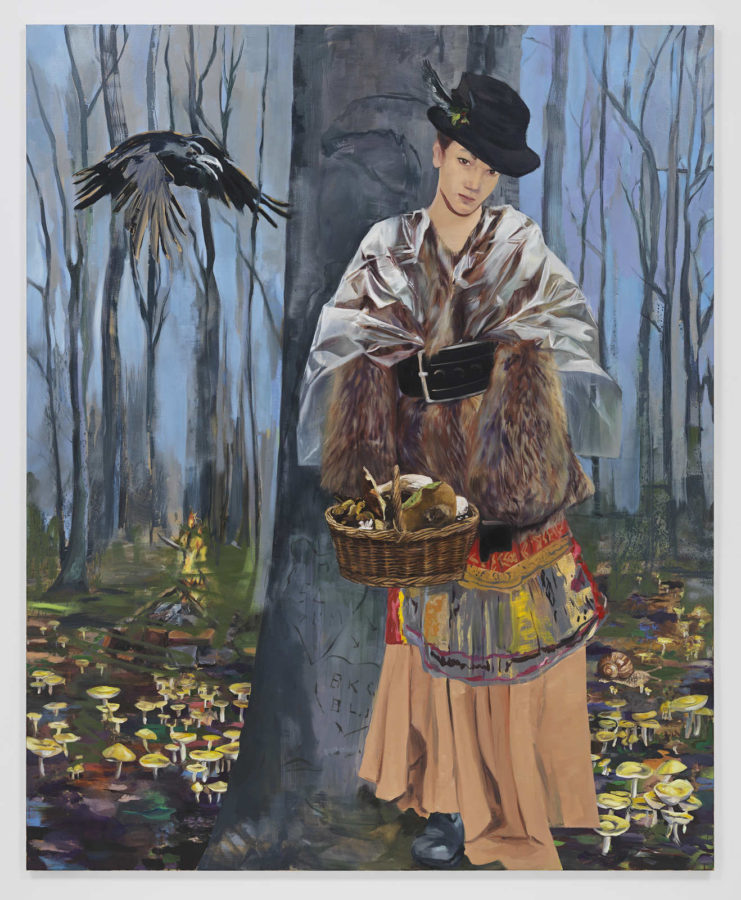 Paulina Ołowska is a Polish artist, primarily a painter, but also working with mediums such as theater. She has a bee in her bonnet about reinforcing overlooked aesthetics, but not solely for aesthetic purposes. Ołowska is also considered to be one of the most important Polish artist touching upon feminist themes. Feminism in her work can take somewhat unusual shapes. Shapes of Slavic goddesses, crosswords and even mushrooms. I won't tell you more about them, be sure to explore her previous work on your own. This time, let's have a quick look at her ongoing exhibition at Metro Pictures gallery in New York. [caption id="attachment_2760" align="aligncenter" width="620"] 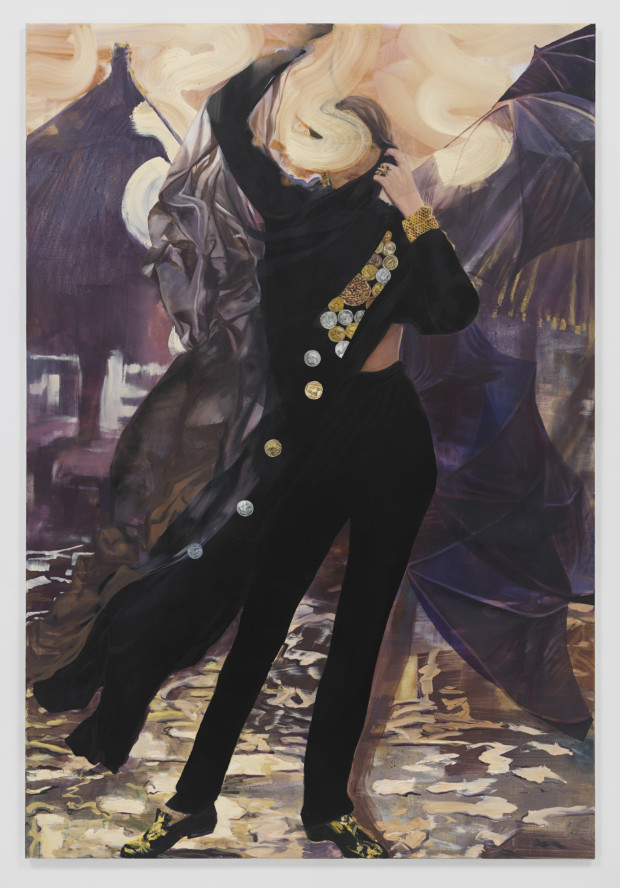 Paulina Ołowska, "The Numismatist", 2016, oil and acrylic on canvas, 220 x 150 cm. Courtesy of the artist and Metro Pictures, New York[/caption] After long-time pursuit of forgotten leftovers of socialist modernism, after merging together old and modern faces of post-communist state, Ołowska turned her eyes on the countryside. Not just any countryside, but the one he lives and works in for couple of years. Rabka-Zdrój is a spa resort, a little town in Polish mountains, whose golden age passed decades ago. It serves as a perfect background for her visual narrative. [caption id="attachment_2763" align="aligncenter" width="620"] 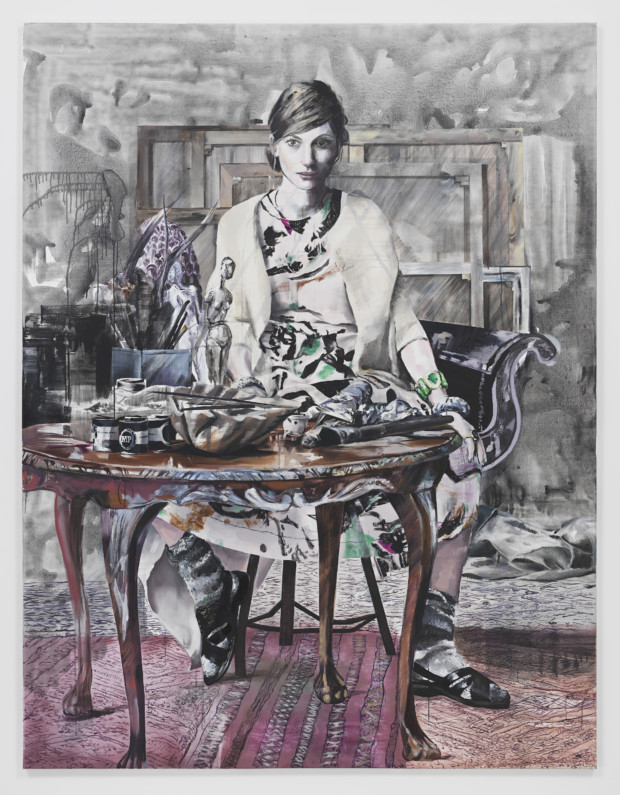 Paulina Ołowska, "The Painter", 2016, oil and acrylic on canvas, 220 x 170 cm. Courtesy of the artist and Metro Pictures, New York[/caption] Most of the paintings portray women characterized by their occupation. If you read Michel Houellebecq's novel The Map and the Territory, you may remember a series of paintings by its fictional protagonist Jed Martin. Those paintings of professions might seem similar. But Ołowska's works have nothing to do with a frigid analysis of social roles. [caption id="attachment_2764" align="aligncenter" width="620"] 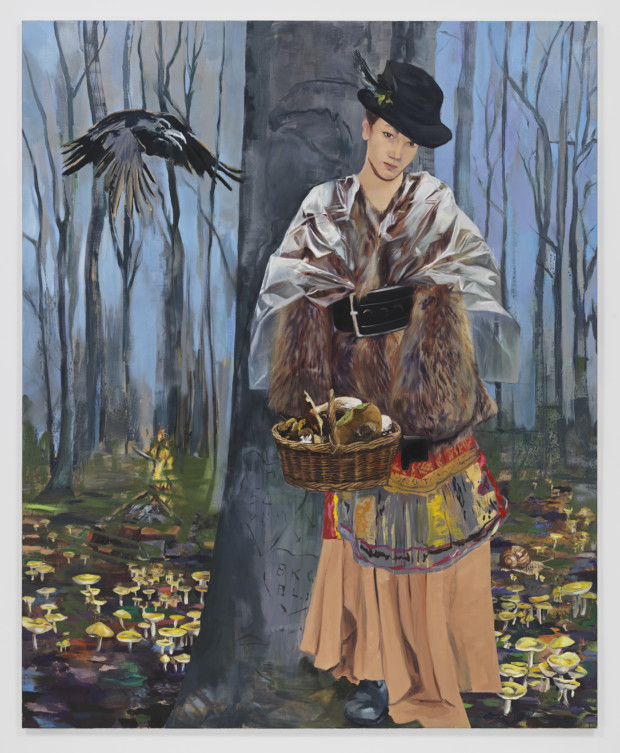 Paulina Ołowska, "The Mycologist", 2016, oil and acrylic on canvas, 220 x 180 cm. Courtesy of the artist and Metro Pictures, New York[/caption] Visions of her heroines resemble stills from fashion magazines, elaborately posed and dressed. Ołowska is primarily concerned with a celebration of specialized fields of knowledge. Like mycology, a branch of biology studying fungi. She plays with that stylized, fashion magazine style, adding some attributes of the wise women. In here, the mycologist is for example accompanied by a crow. [caption id="attachment_2766" align="aligncenter" width="620"] 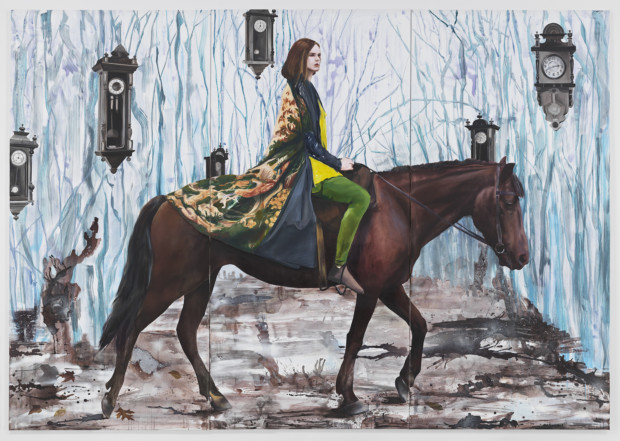 Paulina Ołowska, "Mysteria", 2016, oil and acrylic on canvas, 260 x 124 cm (each panel), 260 x 372 cm (overall). Courtesy of the artist and Metro Pictures, New York[/caption] What's the story behind that tiny spa town? And what do Ołowska's women have to do with Nabis? Stay tuned, you would find out soon in DailyArt app!