Lucio Fontana and Venice You Have Never Known 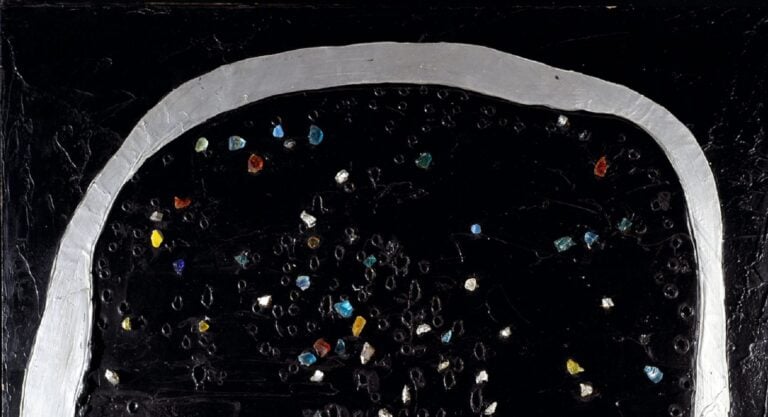 Even if you haven’t been to Venice, you must know it quite well from millions of picturesque or picturesque-ish photos flooding Instagram and Facebook especially during summertime; or from Impressionist paintings (if not, have a look at some examples here). Yet, the charm of Venice is not only irresistible but also impossible to contain within one single category, as these Spatialist and totally mind-blowing works prove.

Lucio Fontana was a founder of the Italian movement of Spatialism, which can be considered a unique exponent of the European Informel painting and an Italian answer to American Abstract Expressionism. He wrote the manifesto of the movement in 1946 when in Argentina, and a year later he produced another one in Milan together with a few fellow artists who shared with him a new vision of art that would unite space, time, color, sound, and movement into one. Using new technology and industrial materials like neon lighting, TV, radio waves, aluminum, Fontana set off on a journey during which he explored gestural painting. The climax of his artistic activity took place when he simply slashed his monochrome painted canvas thus opening its two-dimensional plane onto a palpable and real third dimension and granting the painting’s surface with a quasi-mystical outer space.

The Moon and The Moon in the Lagoon

Fontana was invited to participate in an exhibition together with such artists as Jean Dubuffet, Mark Rothko, Sam Francis, entitled Art and Contemplation. He decided to focus on the contemplation of the magical city of Venice. Trying to reproduce the Venetian sky, the lagoon, and the Baroque whorls and mosaics of Venetian churches, he covered multiple canvases with thick paint which he subsequently manipulated with his fingers and various tools to make furrows and vortices alluding to the sensual richness of the city. He even scattered bits and pieces of Murano glass on the canvas (check out the first photo of the article) to express the luminosity and color of the centuries-old Venetian glassmaking practice.

His cycle was so dazzling that it bewitched not only the Italian public but the clamor had also reached an American gallerist Martha Jackson who invited Fontana over to New York to exhibit his works. In November 1961, his first solo exhibition in the U.S opened presenting 15 of his creations. Fontana, seeing the city for the first time, exclaimed: New York is more beautiful than Venice! and again inspired by a city, he put himself to work and produced a cycle of works, this time working fully in metal. As he scratched, pierced, and slashed sheets of copper or aluminum, he tried to capture the dynamic and unstoppable energy of the unique metropolis, so different and yet as inspirational as Venice.