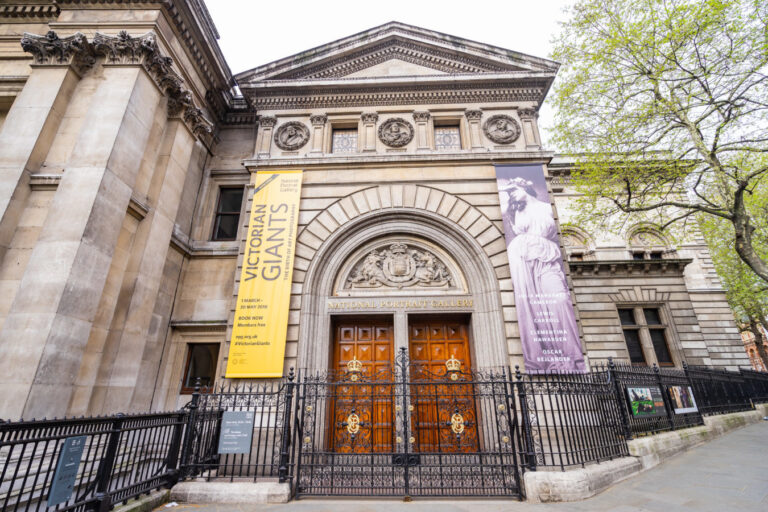 You have approximately six months until the National Portrait Gallery shuts down for a three year renovation (29 June 2020 - Spring 2023)! If you've not yet visited, hopefully these five reasons will inspire you to go before the gallery's dormancy:

Amy Johnson (1903-41) was an aviator brought up in Hull, England. After university she learned to fly and trained to be a ground-engineer. Then, at the age of twenty-seven she flew solo, in a tiny Gipsy Moth, to Australia in nineteen days. She also flew record-breaking flights in Tokyo and Cape Town! Johnson was part of the Air Transport Auxiliary in the second world war, and sadly died after bailing out of her Airspeed Oxford aeroplane over the Thames estuary. Not just an inspiring female pilot, but also a war-hero. Her portrait hangs on display alongside around 1,400 others, each with their own story.

You may know certain artists (or people generally) in certain contexts, but the obvious thing about the National Portrait Gallery is that you get to see their portrait. David Beckham, for example, is captured on a video-portrait (by Sam-Johnson, 2004), sleeping after a football game. Personally, it's often the self-portraits that surprise me. Such as the one of Laurence Stephen ('L.S.') Lowry (1887-1976), who is well-known for those landscape scenes with lots of people. His self-portrait is clearly by him, but I'd never seen a Lowry quite like it - a close up and arresting image, rather than a broad detailed scene.

From teeny-tiny miniatures to ceiling high images (such as Dame Judy) and from oil-painting to photographs: the variety in the portraits on display is extreme. Take a look at this portrait of King Edward VI for example:

No, this picture is not incorrect. It is an "anamorphis," a distorted perspective requiring the viewer to occupy a specific vantage point. For this one, that vantage point is a round notch at the right of the painted oak frame. There would have been an iron viewing device which pulled out to allow the portrait to be seen from the correct position - if you want to see the image with clarity, you'll just have to go and take a peep in person.

4. Something for everyone: history, literature, pop-culture...

Words need not describe the range of sitters in the portraits, there is, truly, something for everyone, even someone is not interested in art per-say, but is instead a pop-culture fanatic, a history buff, or a literature-lover.

5. The ease of the visit

Finally, in addition to all those reasons above, the National Portrait Gallery is extremely easy to handle. Because everyone will have some touch-stone of knowledge the collection is genuinely accessible to all. A little knowledge goes a long way in helping get someone unfamiliar with galleries get into the swing. More practically, it's also free and right beside Trafalgar square. You can wander in whilst on a more well-trodden tourist-route, or just pop by on a rainy Sunday morning. It's also not huge, so you can choose to go and focus on one or two portraits, but you could also meander around the space comfortably within two hours.