Kyffin Williams And The Welsh Landscape 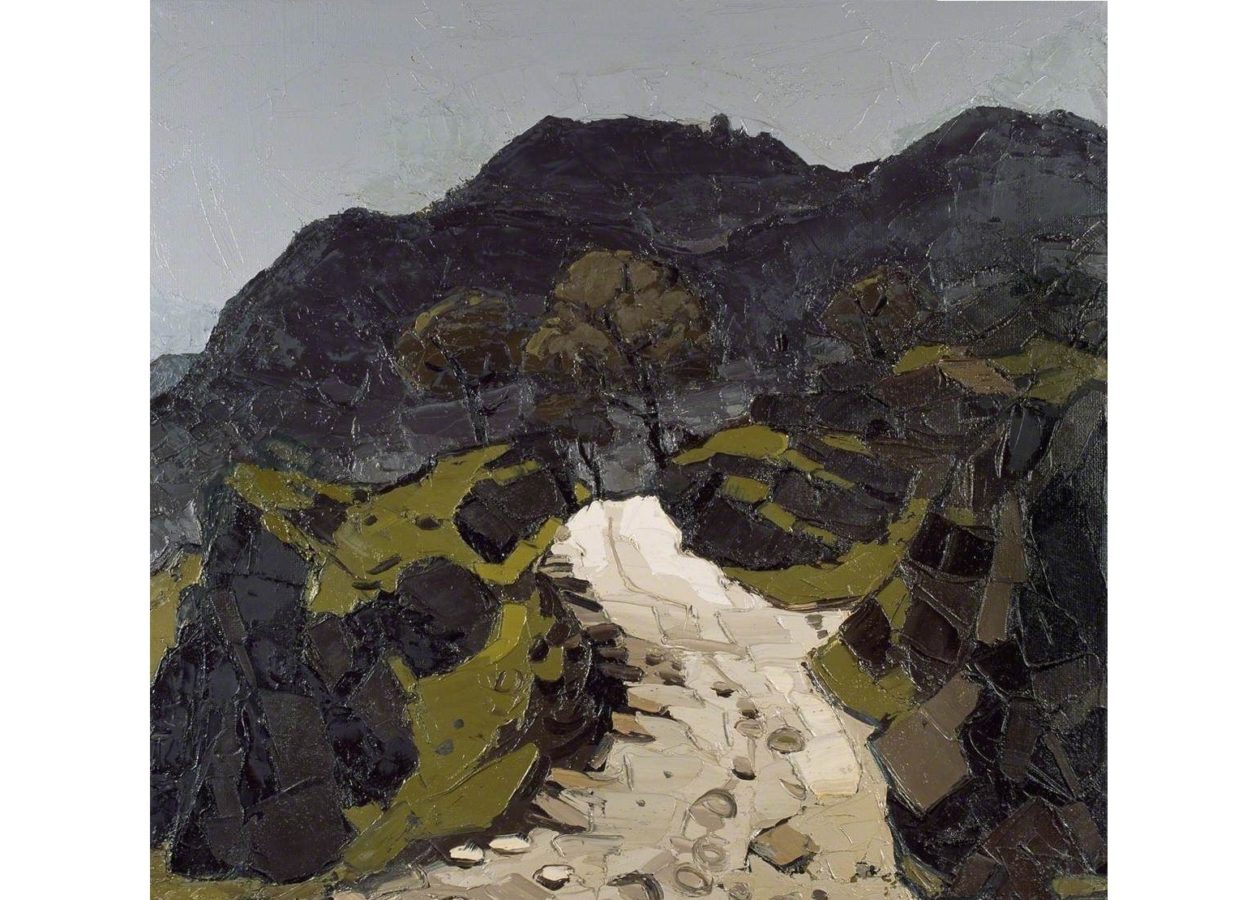 The Welsh Landscape has inspired artists, poets and writers for generations. But, for one 20th century artist, they were more than just a subject for the canvas, they were a metaphor for melancholic isolation, for power and a comfort. 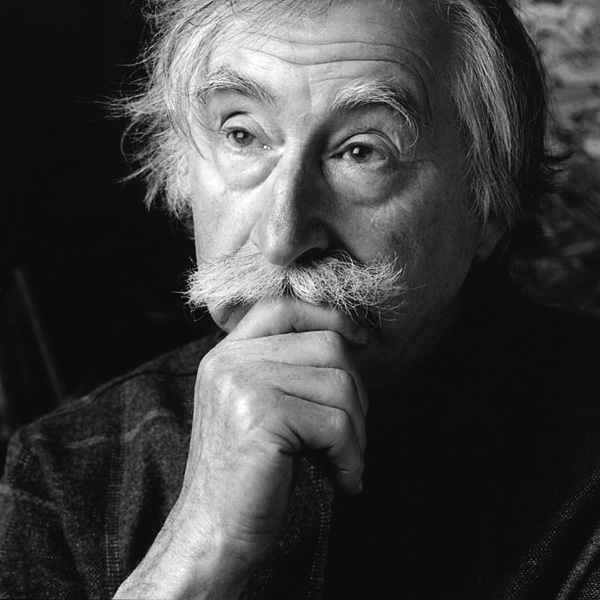 John Kyffin Williams was born in 1918 in Llangefni, on the Isle of Anglesey. Kyffin’s middle-class upbringing was not the happiest. He often mentioned how distant his mother was and of her dislike of the landscape in which he thrived. Sent away to boarding school in Shrewsbury, the young boy fell ill with polio encephalitis. This had a devastating impact on his health and he later developed epilepsy, a condition that proved to be the backdrop to his feelings of isolation and melancholia.

The epilepsy was the reason he failed an army medical board during the war, and it was at the suggestion of his doctor that he took up, and discovered a passion for art.

After enrolling in the Slade School of Art in 1941 which had relocated to Oxford for the duration of the war, Williams found the works of Piero della Francesco of particular interest: 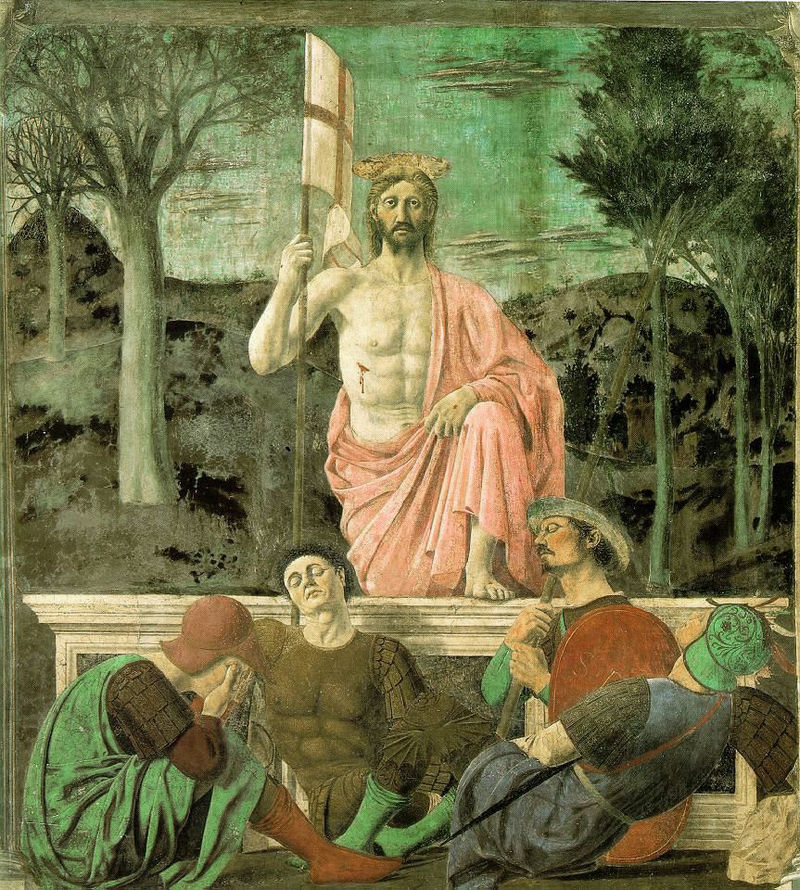 I turned over the pages mechanically, until I came to a sudden stop. There was Piero’s Resurrection with the sublime figure of Christ rising from the tomb above the sleeping soldiers. The shock was followed by a feeling of intense emotion. It was not the religious content that had so powerfully excited me. It was the amazing compassion which Piero had managed to put into the eyes of Christ. Here was a face of such strength and love that for the first time I began to realise what great art is – an intangible thing, impossible to rationalise, and far removed from mere representation. After this experience I returned to my art studies with a new sense of purpose and direction.

Enrolling in the Slade School of Art in 1941, Williams worked hard and left with the Slade Portrait Prize. Moving to London to teaching art at Highgate School, Williams continued to paint. His oeuvre was shared between portraiture and landscapes of Venice, Patagonia, where he won a commission to paint the Welsh settlement there, and his beloved Wales.

Williams would only return to Wales for holidays and it was not until he retired from teaching that he took up the full-time painting and promotion of Wales and Welsh art.

Once back home, he would wander through the mountains, painting initially ‘en plein’ but he soon realised that he did not wish to produce a realistic depiction of the landscape, and so he would sketch and return to his studio to paint what he saw in these landscapes. 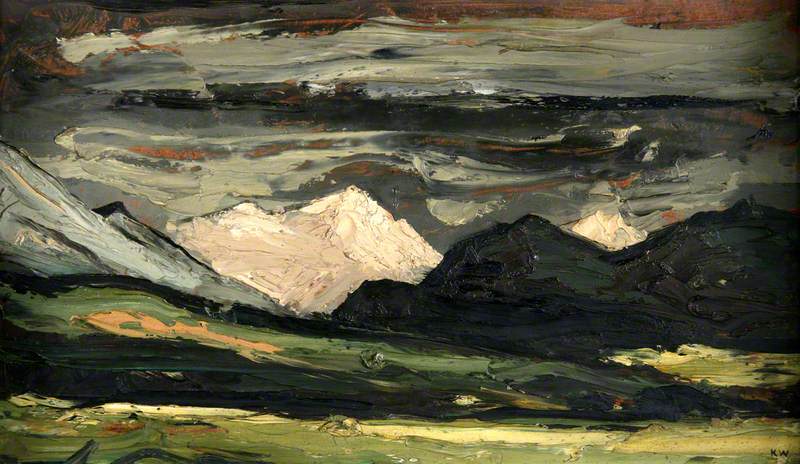 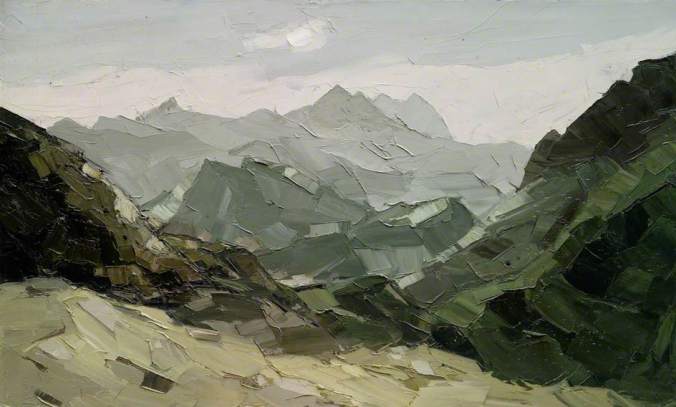 You could definitely get lost in these turbulent landscapes. Quite glorious in their bleakness, reassuring in their might. It is interesting to see the way some artists tend to stay with a colour palette – for me, that olive green is so evocative of melancholy and loneliness. The rough layering rather than a smooth finish evokes a sense of brooding, especially when it comes to landscapes. One can imagine clambering among those rocks.  If you compare this 18th-century example of Snowdonia by Sydney Richard Percy: 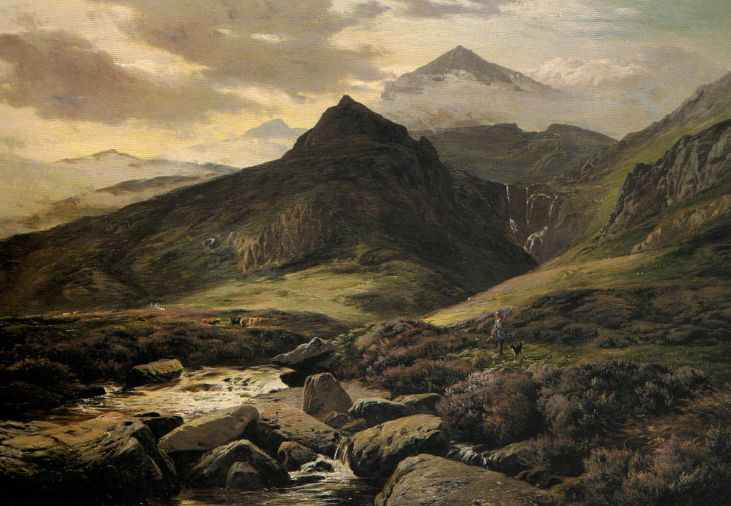 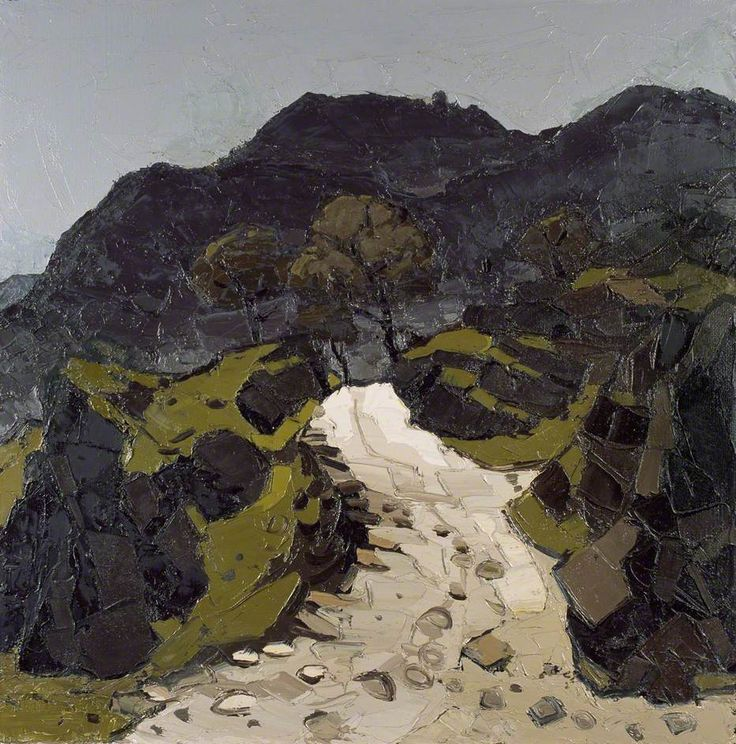 You are a part of the landscape, rather than being a passive viewer of the scene unfolding in front of you.  His preferred technique of using a palette knife to thickly apply the paint; and the almost cubist appearance of the form, suited Williams.  He said:

It wasn’t until the summer of 1947 that, far the first time, I painted pictures which gave me some belief in my abilities. I had found that, in expressing the massive bulk of the mountains, the palette knife was a great ally, and so I began to knead and model the paint. I painted Snowdon, Cnicht, the Moelwyns, Hebog and Cader Idris and I began to draw incessantly. My vast energy was beginning to be harnessed to something worthwhile, and it was during this summer that painting took an obsessional hold on me.

Williams never married and lived a solitary life back in his home in Anglesey.  Even when Williams would put houses into his landscapes; their remote vista brings an even deeper sense of melancholy to the scene.  Isolated, and alone, anyone living there would have to be strong and capable in order to cope with the solitary aspect; skills that Williams had developed over time for himself. 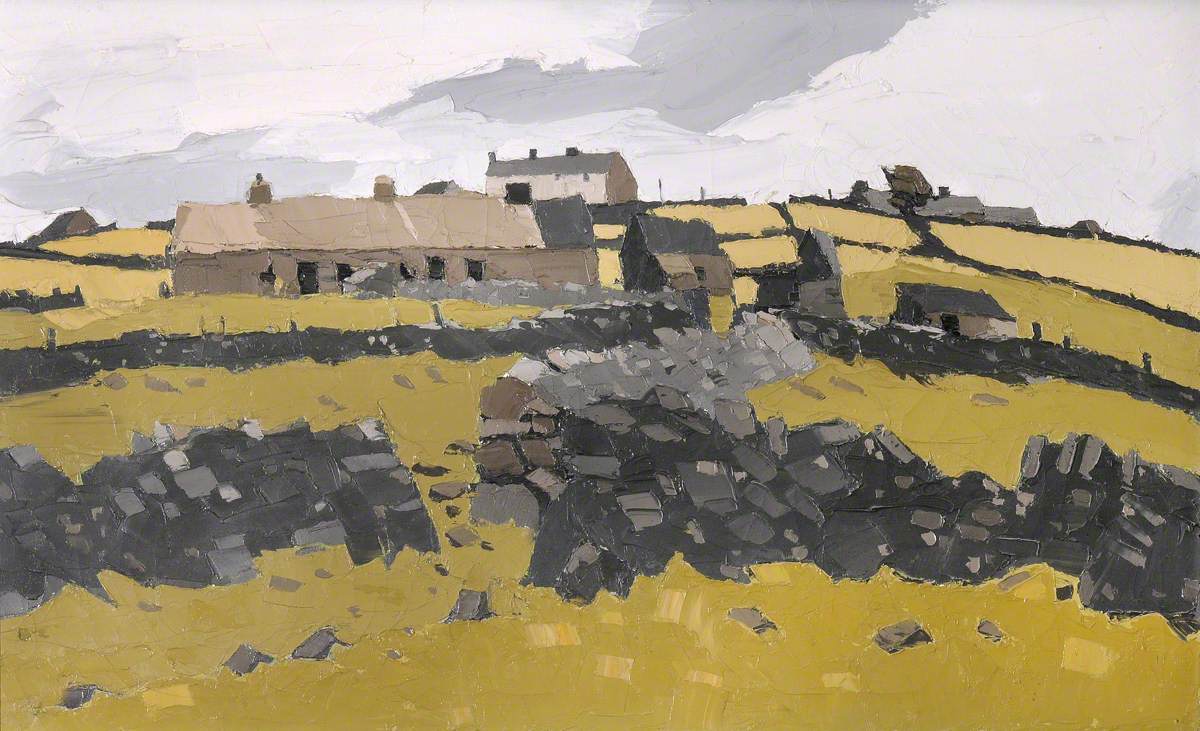 Sir Kyffin Williams died on 1st September 2006 and was buried in Llanfair-Yng Nghornwy. His Welsh heritage meant a great deal to Williams:

My Welsh inheritance must always remain a strong force in my work, for it is in Wales that I can paint with the greatest freedom.  I have worked in Holland, France and Austria, in Italy and Greece, but in none of these countries have I found the mood that touches the seam of melancholy that is in most Welshmen, a melancholy that derives from the dark hills, the heavy clouds and the enveloping sea mists.