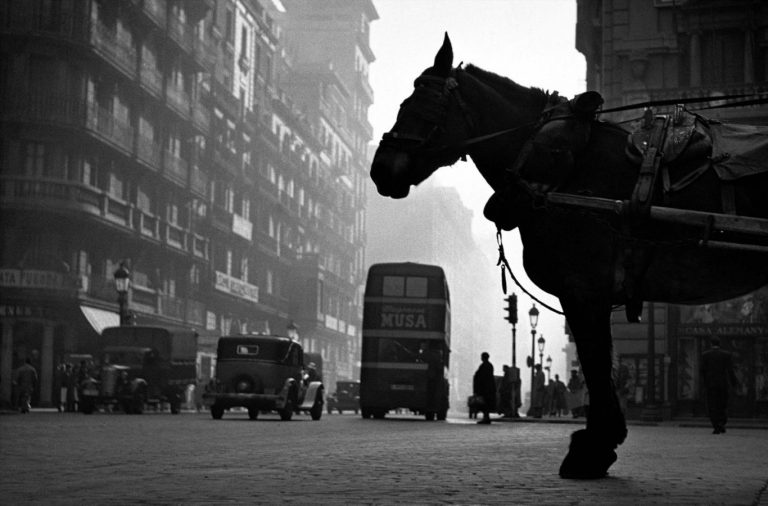 He was one of the finest photographers of the 20th century, yet not many know his name. He captured the reality of the post-war era in a minimalist, neorealistic lens, dedicating many of his images to Barcelona, the Sagrada Familia, and most famous artists working in Spain.

I recently read a book La Sombra del Viento (The Shadow of the Wind) by Carlos Ruiz Zafon, which I recommend to all novel-lovers. What made my printed edition unique, was the addition of the photographs by Català-Roca as illustrations which perfectly conveyed the grey and shady atmosphere of the Barcelona in the novel. This is how I got hooked on his photograpy and want to share it with you today.

Born in 1922 in Valls, Francesc did his apprenticeship at his father’s studio. Pere Català Pic (1889-1971) was one of the representatives of Catalan avant-garde photography, but he also published writings. Francesc also collaborated with press, but solely as a photographer for Destino and La Vanguardia. His first photobook was published in 1952 and portrayed one of the most famous creations by Antoni Gaudí: the Sagrada Familia. In 1954 he had his first solo show.

Although Català-Roca’s photographs had often been used in books as illustrations, he believed himself to be more of a documentalist who managed to bridge beauty with reality. Nevertheless, he was the first Spanish photographer to receive a national prize for fine arts (Premio Nacional de Artes Plásticas, 1983) when there wasn’t even a prize for photography, and, in the 1990s he received many more prizes from the city of Barcelona and the Catalan government.

His body of work contains 231,000 photographs, published in over 1,000 books, 80 of which are photo-albums. Apart from books, he also made films, among which stand out: La Ciudad Condal en otoño (1950), Piedras Vivas (1952) and documentaries about such artists as Joan Miró, Eduardo Chillida or Josep Guinovart. Francesc Català-Roca died in 1998 in Barcelona.