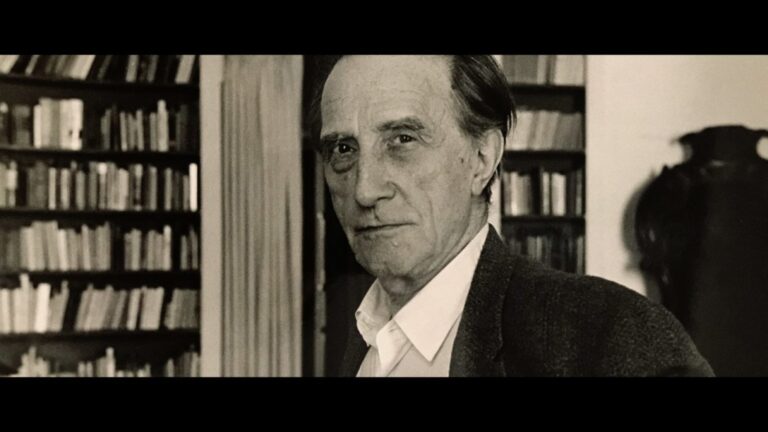 Marcel Duchamp in a still of the movie.

Great news for our readers and art lovers: Duchamp: The Art of the Possible, a movie directed by Matthew Taylor and produced by Michelle Taylor, is available on iTunes and Amazon on March 10th! As well as being a film about this artist's life and story, it focuses on the way Duchamp irreversibly changed art history and on the influence his art still has on our society.

Matthew Taylor couldn't have chosen a better cast: major figures in the art world, someone who knew or met the artist, like Paul Matisse, and some artists over which he exerted a strong influence, like Marina Abramović and Jeff Koons.

I had the chance to interview a member of this great cast: Francis M. Naumann: he is a Duchamp scholar, curator, author and art dealer (here you can check out his art gallery in New York!) who has an MFA degree in painting from the Art Institute of Chicago and a PhD in art history from the Graduate Center of the City University of New York. Following his studies, he taught art history at Parsons School of Design from 1977 through 1990.

In the interview Mr. Naumann points out how Duchamp's provocative character and his unprecedented ideas changed the concept of art forever:

Duchamp lived in a time that was full of contradictions, for example progress and modernity vs. rising totalitarianism. What impact did the political environment of the time have on Duchamp’s work?

In all the years that I have worked on Duchamp, I have come across precious few references regarding his opinions on politics. In 1919 he was asked if the events of World War I influenced the arts in general, and he responded “I don’t weigh potatoes with shit.”

Which artist most embodied his rejection of, as he called it, “retinal art”?

I suppose Picasso. During the years of World War II, that is to say, in the heyday of Abstract Expressionism, he said that “Artists no longer make art. They write checks". What he meant by that is that artists create works in succession and in a visually recognizable style, so as to please their public and appeal to the market.

What is the artist’s legacy in terms of how he changed the course of art history?

He will always be remembered as the first artist in history to allow ideas to be works of art.

What was the difference between Duchamp’s generation and the generation that followed? And do you think this impacted how each of these generations viewed his art?

There was art before Duchamp—which you could call B.D.—and there was art after Duchamp, which you could call A.D. It’s that momentous. Once an artist knows about Duchamp, he or she either choses to follow that path, or they stay on the route of conventional art from the time of the Renaissance. The history of modern art is like a train that, when Duchamp came along, deviates in another direction. You are either on that train or not.

Do you think the art world today needs a revolution brought about by a “new Duchamp”?

I don’t understand that question, unless you mean that we need a new artist to come along who replaces Duchamp. One artist never replaces another. If you mean that there might come along another artist who is even more important and revolutionary than Duchamp, that is possible, but not likely in the foreseeable future. Whoever that would be would have to be someone who managed to allow an idea to take precedence over the physical form used to express that idea. That may eventually happen, but maybe not likely in my lifetime.

What would you say to Duchamp if you had a chance to meet him today?

I would want to show him examples of contemporary art and demonstrate to him how important he continued to be as an influential force long after his death. Everyone thinks that Duchamp wanted to kill the art that came before him. To a certain extent, that was a consequence of the readymades, which made all other forms of conventional art seem aesthetically superfluous. Yet his intent was to destroy the system within the art world that allowed one artist to succeed, while another is totally forgotten (a product of taste, which he abhorred). On that level, Duchamp failed, for the system of art is what drives the entire art world today. Artists who claim a direct descendancy from Duchamp—like Jeff Koons (whose work, by the way, I admire)—are the epitome of the art system.

(If you want to know more about Jeff Koons click here!)

Why is Duchamp still important to talk about in 2020?

Because he remains an influential force. He once said that art really only had relevance for 25 years (an estimate that he revised to 50 years), yet the readymades are over 100 year old now and artists continue to find them meaningful and relevant. I think what Duchamp meant is that once a work entered into a museum, it became a part of history, but what he failed to acknowledge is that art in museums could still exert an influence on artists who see it, thereby causing it to still be as important as the day it was made.

I bet that now you can't wait to see the movie, so while you are waiting for it why don't you get to know Duchamp better and read this article about his readymades?