Tis the season....no, not of Christmas. Halloween. The time for Fall festivals, hayrides, corn mazes, and pumpkin patches. Grotesque goblins, creepy ghosts, and blood-sucking vampires; It most certainly is a spooktacular time of year.

One of my favorite parts of the Halloween season are the scary and cult classic movies shown on repeat all month long. And one of my favorites is Hocus Pocus. While it may not fall within the realm of 'scary,' it is definitely a cult classic that must be watched at least once during the Halloween season. When the subject of Halloween and the unreal was suggested this month from the editor, I went directly to witches in art. How are they used or represented in art? Why are witches in art? And why do we still find them creepy and unnerving after several thousand centuries?  What has been the draw towards witches throughout history? The mystical nature of witches or supposed witches in history largely focused on the 'evil' aspects of their existence...to their connection with dark forces as children of Satan. But, as a general people, we have not always been interested in the grotesque or creepiness of the theme; perhaps the spectacle of accusing witches and condemning them to their deaths.

The theme of witchcraft has prevailed throughout history and various cultures, ranging from European, African, and Asian. Depicting witches as grotesque or scary appeals to the notion that they are below 'normal' beings, that we are able to debase them because of what they are. It is only as of late in modern history where we see artists portraying witches as beautiful people. I have yet to decide for myself whether that is owed to the further blurring of Pagan and Christian beliefs and practices, or to an overall better understanding of the theme.

Oddly enough, Goya has a decently-sized collection of art works dealing with witches and witchcraft. Below is one plate from a larger collection of overall gruesome or morbid scenes. [caption id="attachment_16663" align="aligncenter" width="617"] 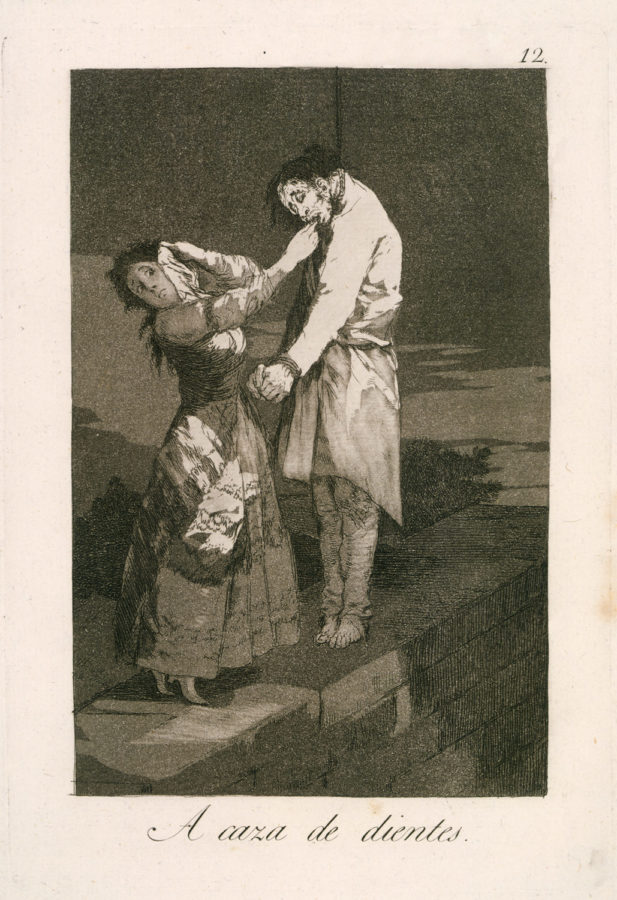 Francisco Goya, Plate 12 from 'Los Caprichos': Out hunting for teeth (A caza de dientes), 1799, Metropolitan Museum of Art: New York City[/caption] This next one does not lose its whimsy or oddness. But perhaps it is less dark than the plate above...of course, if you exclude the skeleton babies and the spear of children in the background of the painting! [caption id="attachment_16919" align="aligncenter" width="546"]

The Swiss artist favored supernatural themes in his works, as shown below. [caption id="attachment_16664" align="aligncenter" width="1131"] 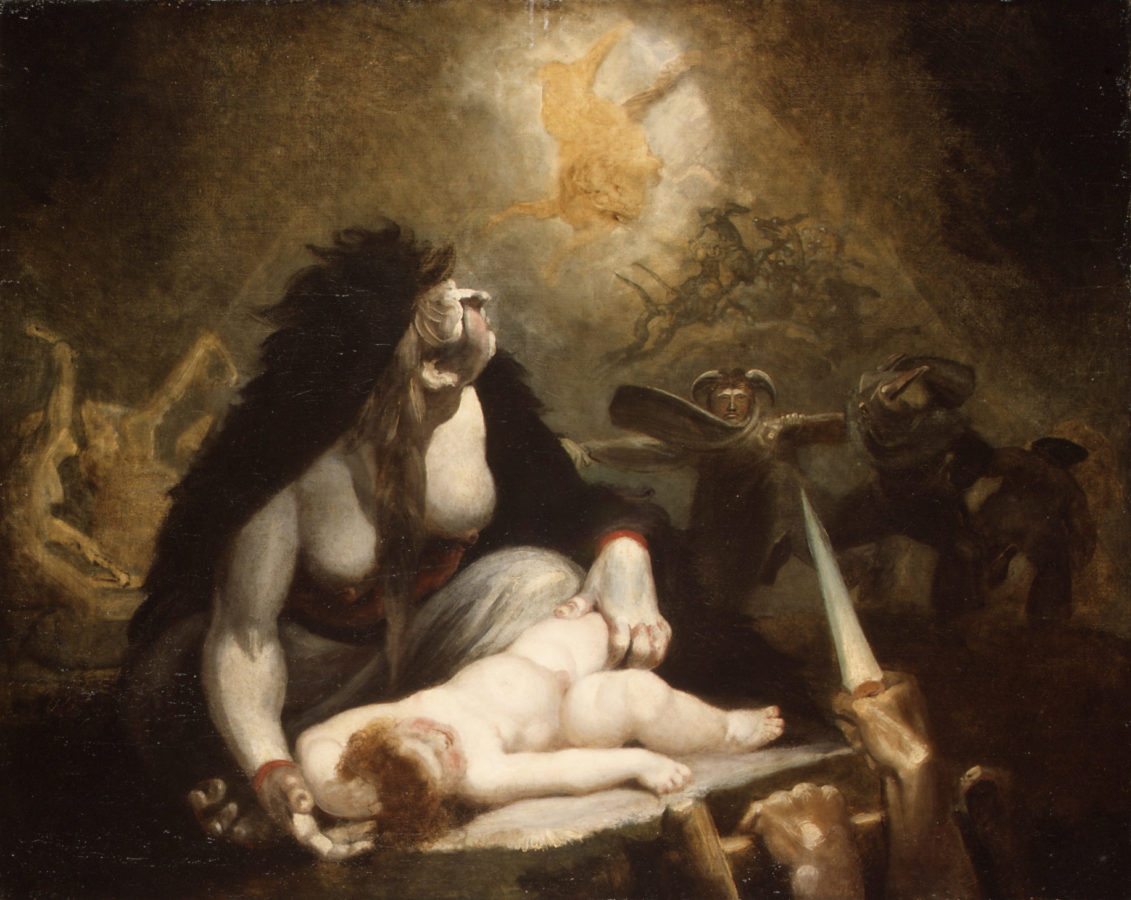 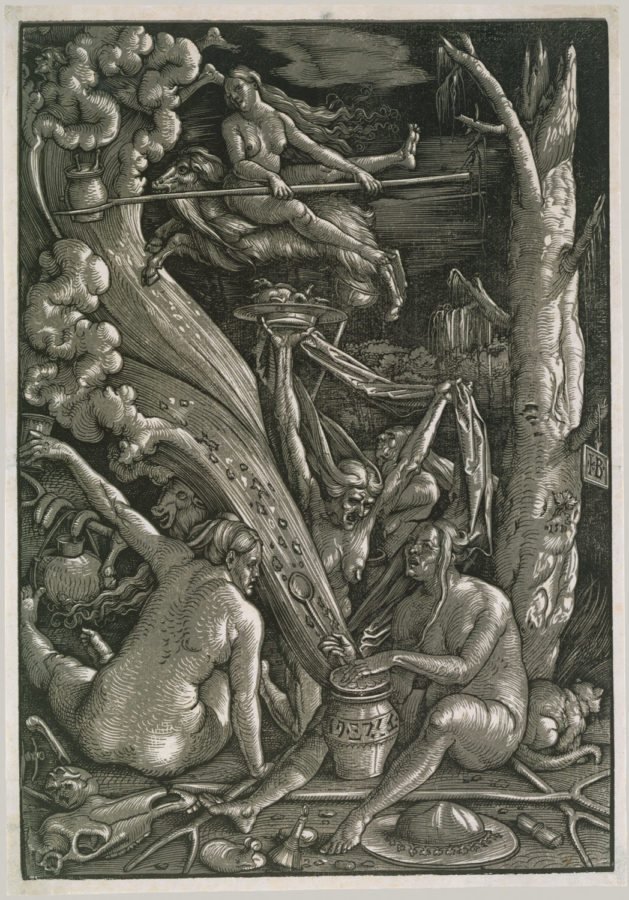 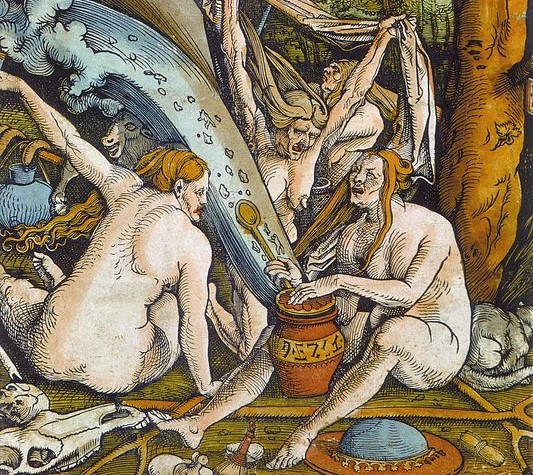 An English artist, Smith at one point became fascinated with 'imaginative and disturbing' subjects. The engraving is based on literature, and is ominous in nature, fitting in with his style. [caption id="attachment_16665" align="aligncenter" width="1078"] 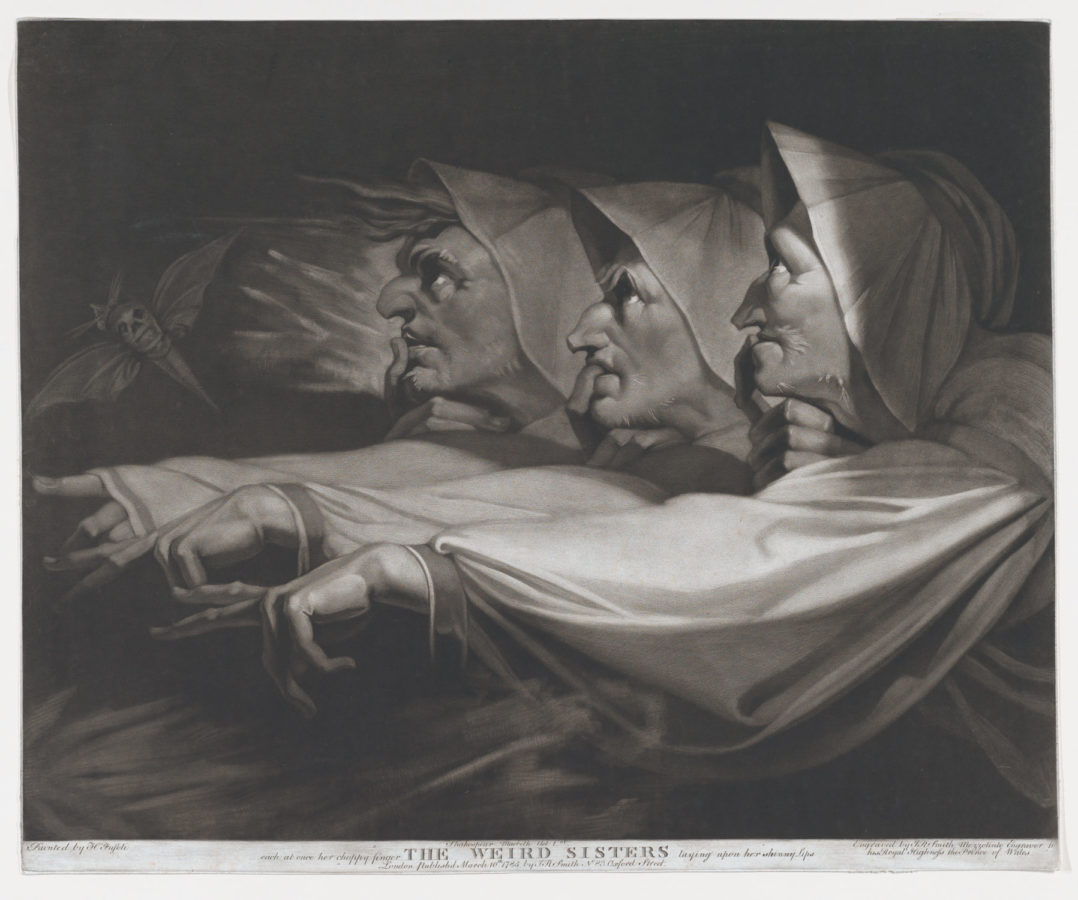 John Raphael Smith, The Weird Sisters (Shakespeare, Macbeth, Act 1, Scene 3), 1785, Metropolitan Museum of Art: New York City[/caption] Here is another version, similar in subject and theme, of the witches from Macbeth by 18th-century artist John Runciman. The Scottish painter was well-known for his literary and Biblical paintings and drew heavily from the works of Shakespeare. This work was part of a much larger exhibition on Gothic Nightmares: Fuseli, Blake and the Romantic Imagination in 2006. [caption id="attachment_16922" align="aligncenter" width="520"] 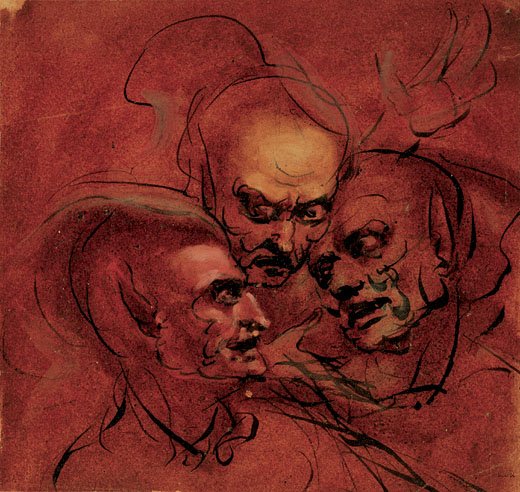 In current-day, mainstream media, witches and witchcraft are commonplace. Hocus Pocus, Bewitched, Sabrina the Teenage Witch, Charmed, Supernatural, American Horror Story, Buffy the Vampire Slayer, Angel, Salem, Vampire Diaries, The Originals... there appears to be no end in sight for the still-growing list. And those are just a short list of the television shows. Besides television and movies, however, the theme(s) of witches and witchcraft have filled our literature as well. It seems that every corner we turn, we are met with an ode to the history of witches, whether good or bad. And a lot of it comes out of the shadows during October and the festival known as Halloween, or Samhain. Just this month, Netflix is releasing a new Sabrina the Teenage Witch (Chilling Adventures of Sabrina); rather than dealing with lighter subjects, Greendale's young witch is faced with much heavier themes. The Weird Sisters are even portrayed in the show as eerie, yet beautiful students who are acquainted with Sabrina’s coven.