Don’t Give Up the Day Job. Earn as an Artist 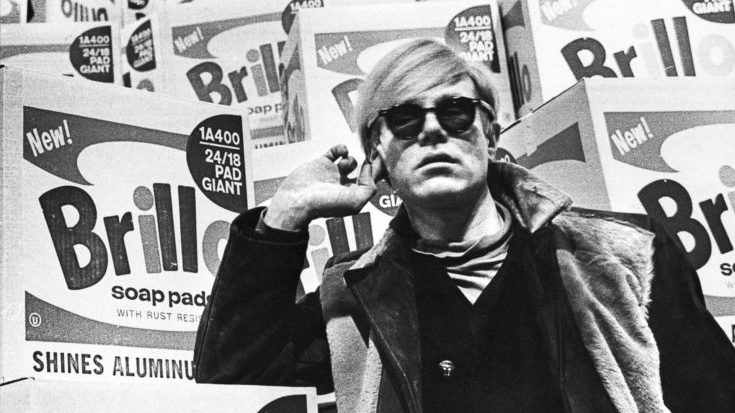 Artists starving in garrets is an old cliché. In fact many famous artists were sensible enough to have a day job in order to pay the bills! Some of them seem perfectly sensible – Andy Warhol worked as a graphic designer, and we can see the cross-over between his training and his art.

But some artists’ day jobs are pretty surprising, here are
my favourites – add to the list if you know any more!

Corita Kent defied all the usual rules, both in art and in life. She was an incredible pop artist, easily as important as Andy Warhol, shown in our feature image above. At the same time she was a Roman Catholic nun! A passionate advocate for social justice, Kent often found herself in trouble with Church elders for her outspoken views on fighting poverty and racism.

Jeff Koons started making art when he was just 8 years old! But his adult career was in Wall St as a commodities broker. Later he became known as The King of Kitsch and is one of the highest paid living artists of all time.

At the other extreme in terms of seeking celebrity, we find Mark Rothko. His greatest fear was to have his work seen as purely decorative. He was an inspiring teacher at Brooklyn College and the San Francisco Art Institute, but it was a drain on his creative energies.

Heavy metal musician and professional blackjack player, Ai Weiwei has lived a number of interesting incarnations. Although he concentrates on his art now, he is still considered to be in the top tier of skill in gambling circles.

A job as a tax collector earned Henri Rousseau the nickname Le Douanier. A man of many talents he also studied law, but had to leave behind his law career when he was convicted of perjury! Seven years Army service, plus a spot of bank fraud in later life make this artist a very busy man. No wonder he waited til he was 49 to become a full-time artist!

Mysterious and solitary, Vivian Maier has a fascinating life story. Most of her tender, poetic photographs lay hidden in boxes until after her death. Employed as a Nanny, Maier used fake names throughout her life and said she was a sort of a spy. She wandered the streets with a Rolliflex camera, amassing thousands of intimate, natural portraits. Her compelling work easily stands alongside the good and the great of street photography.