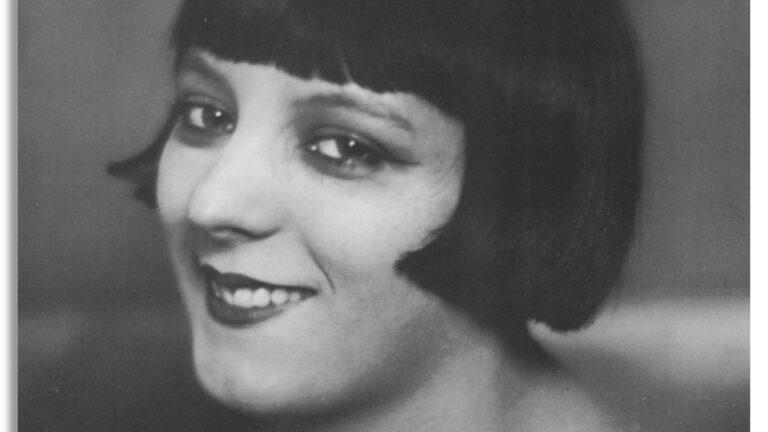 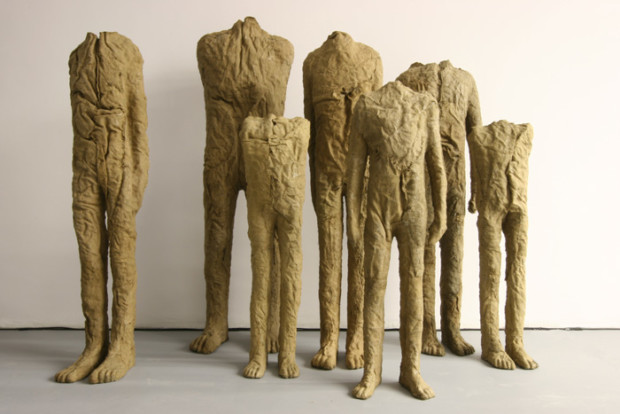 Magdalena Abakanowicz, Alone, 2008, Museum of Modern Art, Warsaw[/caption] Abakanowicz was a Polish sculptress who worked so closely with three-dimensional textile sculptures that they quickly became associated with her and known as 'Abakans'. She usually worked in series, later often displayed outdoors, producing crowds of lifesize anthropomorphic figures which questioned human nature and man's condition in today's world. She was 86. 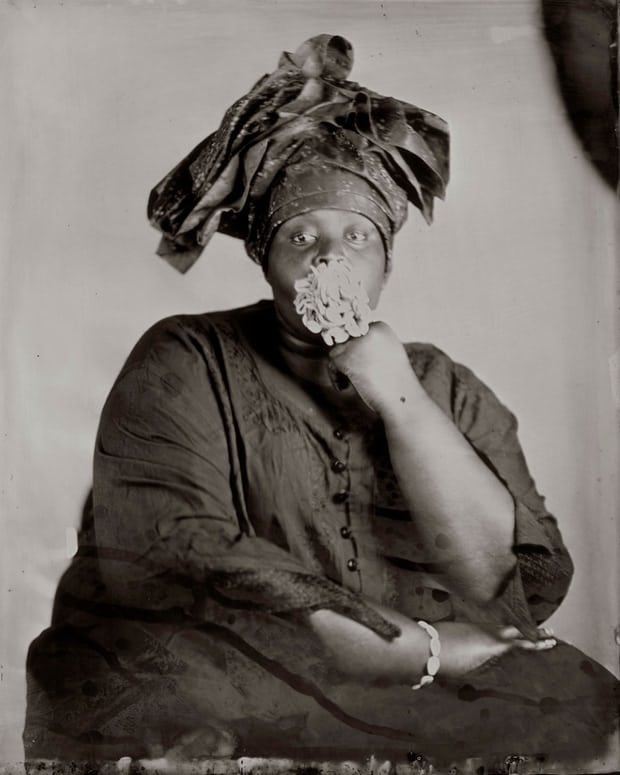 Khadija Saye, One of a series of photographs on show at the Diaspora pavilion during the 57th Venice Biennale. Photograph: Khadija Saye[/caption] Khadija Saye died with her mother in Grenfell Tower fire in London in July. She was an emerging artist but she was already compared to  a young Tracey Emin. "She had a remarkable future ahead of her" said the director of Kettle’s Yard gallery Andrew Nairne. She presented her first body of work at the Venice Biennale, a series of photographs made with 19th-century techniques which explored the migration of traditional Gambian spiritual practices called Dwelling: in this space we breathe.

James Rosenquist, Flamingo Capsule ( Flamenko kapsula ), 1970, Guggenheim Bilbao Museoa[/caption] Rosenquist, rogether with Wargol and Lichtenstein, is considered a founder of pop art. He produced huge canvases which, as he put it, “gave steroids to pop art”. A critic Robert Hughes commented on his work: “It suited its time, just as Rosenquist’s lusher paintings of the 80s, with their candied colors and peculiarly deceitful overlays of motif – the sumptuous presentation of dying fetishes of American culture, like the space program – suit theirs." He died 83 years old. [This painting commemorates three American astronauts who died in a 1967 flash-fire during a training session for the flight of Apollo I.] 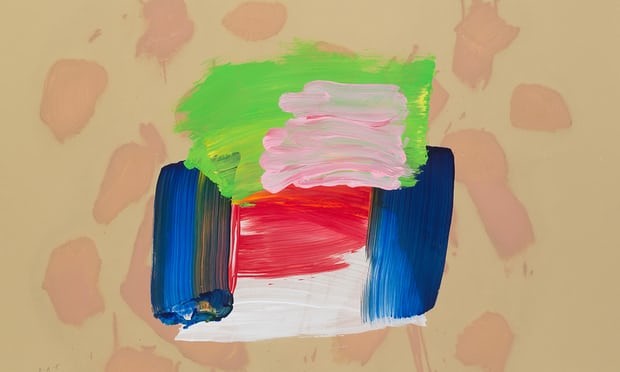 Howard Hodgkin, Ice Cream, 2016, detail. Photograph: Howard Hodgkin/Courtesy Howard Hodgkin and Alan Cristea Gallery, London[/caption] Hodgkin said about himself that he never painted an abstract painting because he was a “a figurative painter of emotional situations”. The director of the Tate galleries, Sir Nicholas Serota called him “one of the great artists and colourists of his generation” whose "sensuous, intense paintings were infused with his love and understanding of late 19th-century French painting, especially Degas, Vuillard and Bonnard, and by his feeling for the heat and colours of India, which he visited on many occasions." Indeed, also this year Hodking travelled to India and shortly after his return he died. He was 80.